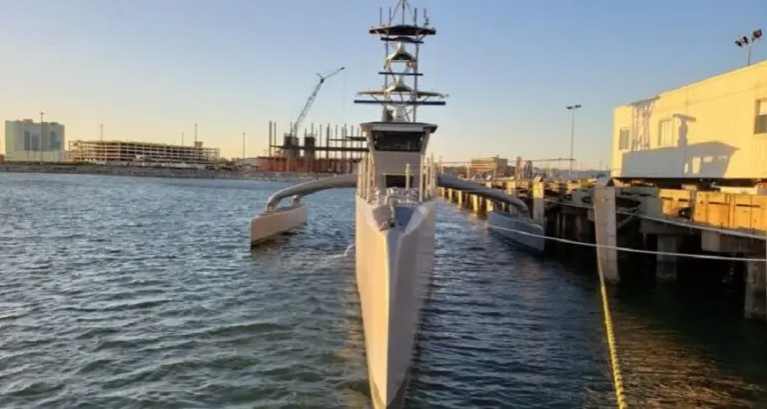 This post has been updated to correct the builder of the Sea Hunter platform for DARPA.

Sea Hawk, sister ship to the Navy’s Sea Hunter, was built on the Gulf Coast and is now bound to join the Navy’s Surface Development Squadron One in California, the company said in a Wednesday press release.

In 2017, the Office of Naval research awarded Leidos a $35.5 million contract to build the 145-ton trimaran as a follow-up to the original Leidos Sea Hunter that was developed by DARPA as a high-endurance platform to track submarines.

Building off the existing design, the modified Sea Hawk has taken more than 300 lessons from the Sea Hunter program to improve the craft’s reliability, the statement said.

“We didn’t just put an autonomous navigation system onto an existing ship,” Dan Brintzinghoffer, Leidos vice president for maritime solutions, said in the statement. “Every mechanical and electrical system on Seahawk has unique configurations designed to run for months at a time without maintenance or a crew.”

The original Sea Hunter has been a key experimentation platform for the SURFDEVRON as the Navy eases into folding unmanned systems into how it plans to operate and fight in the future.

In addition to Sea Hunter and Sea Hawk, the Navy is set to take charge of the two much larger Overlord unmanned surface vessels that were developed in the Gulf Coast for the Pentagon’s Strategic Capabilities Office. Within two years, SURFDVRON is set to have seven medium and large USV prototypes for experimentation.