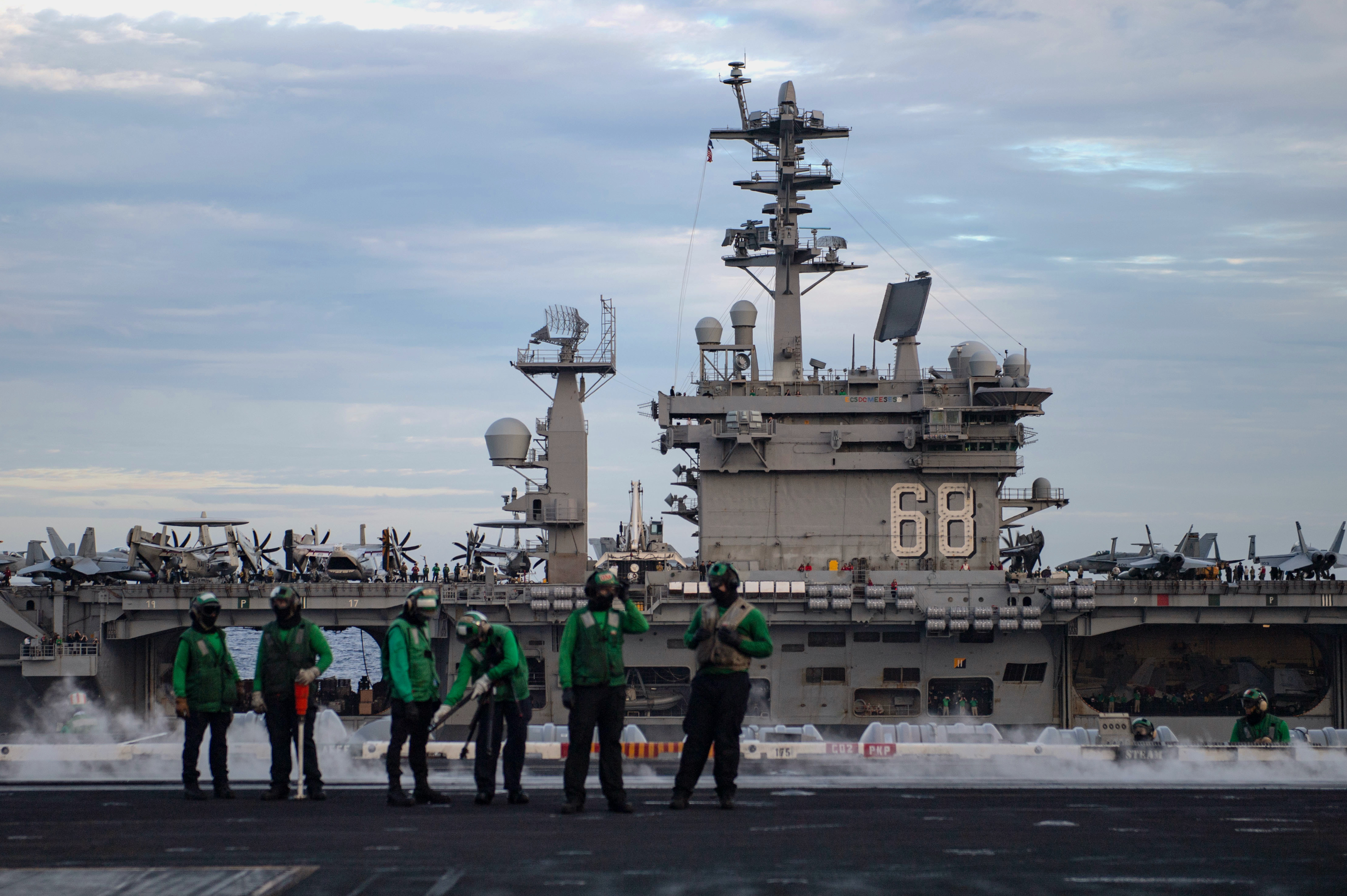 Lawmakers on the House Armed Services Committee are urging the Pentagon to reassess how it employs military forces around the world.

In a letter dated today to Defense Secretary Lloyd Austin and Deputy Defense Secretary Kathleen Hicks, the members argue the Defense Department should be more critical of the global combatant commands’ supplemental appeals for more forces than originally requested so the military can do a better job of maintaining readiness.

“Future readiness can no longer be sacrificed at the altar of lower-priority requirements. All the [Request for Forces], and their approvals, represent more than just a failure to adhere to the existing [Global Force Management Plan]; they also reflect a failure to prioritize. The consistent high operational tempo of our military assets is creating unsustainable deploy-to-dwell rations,” the lawmakers write.
“Put plainly, regular circumvention of the GFMAP is leaving the services scrambling at a time when they need to rebuild the health of the force. At this rate, the desire to solve every immediate problem, regardless of its strategic prioritization, may hollow the force for the next generation,” they continue. “It is imperative that the [combatant commands] accept and share the appropriate amount of risk required to balance their needs against the chiefs’ requirement to recruit, train and modernize the services in the long term.”

“In a budget-constrained world, balancing these two needs is no small task; the status quo, however, is not working. As such, we believe there is a need for increased prudence and scrutiny on the approval of RFFs that fall outside the established GFMAPs may result in a more equitable balance of needs,” the letter continues. “Finally, we believe communicating the expectation that the COCOMs will only request forces for tasks that are truly mission-critical and will be more disciplined with their demand signals and accept some short-term risk to support long-term readiness, this will make the United States better prepared to face current and future threats.”

The lawmakers are calling on the Pentagon to answer a series of questions about how the combatant commands seek and justify an appeal for more forces, including whether both past and present Global Force Management Plans (GFMAP) were inaccurate.

“If the GFMAP process is not in error, and there has not been a significant change in the operational environment, do you believe that such a large number of RFFs should have been approved?” the lawmakers ask.

The letter comes as the Pentagon performs a global force posture review that will evaluate military basing. Pentagon spokesman John Kirby told reporters last week that the review is slated to finish this summer.

It also comes as two of the Navy’s aircraft carriers – USS Theodore Roosevelt (CVN-71) and USS Dwight D. Eisenhower (CVN-69) – are currently out on double pump deployments, adding stress to an already strained carrier force. While Pentagon officials in both the Trump and Biden administrations have emphasized a focus on China, and therefore the Indo-Pacific region, the Navy has maintained a near-constant carrier presence in the Middle East over the last two years.

Lawmakers expressed concern over how the military will pursue modernization to keep pace with the Pentagon’s strategy while they are under pressure from the combatant commands’ appeals.

“We fear, however, our ability to modernize the services for a future of Great Powers competition and conflict will be undermined by the COCOM’s failures, unwillingness, or inability to make do with their approved GFMAP allocations,” the lawmakers write.

“Each request that falls outside of the approved GFMAP should be appropriately scrutinized based on whether it is mission-critical or if the operational environment has changed to a degree that requires a departure from the approved plan codified therein,” they continue. “Further, each request must be evaluated based on the extent to which it represents necessary mission, activity, and task prioritization in alignment with the [National Defense Strategy]. Finally, these requests should be evaluated based on their impact on long-term readiness, both for personnel and platforms.”