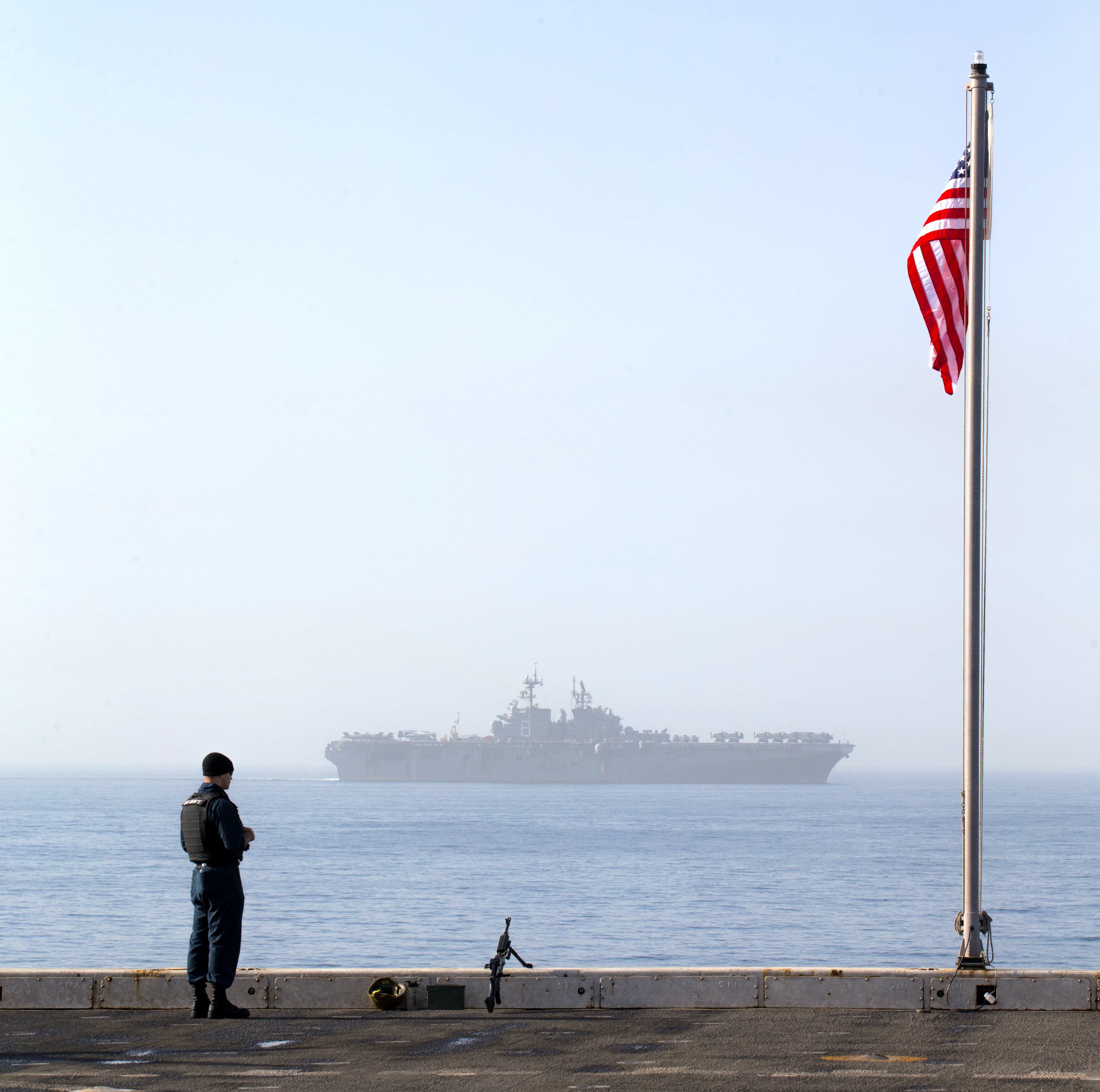 The three-ship amphibious ready group embarked with the 15th MEU is on the tail end of its deployment to the Middle East and Pacific and headed back to the West Coast.

Since May 2019, the Navy maintained a near-constant carrier strike group presence in the region. The departure of the ARG leaves U.S. naval presence in the region at its lowest point since the Lincoln CSG was rushed to the region in 2019. However, this week French aircraft carrier FS Charles de Gaulle (R 91) assumed the helm of U.S. Naval Forces Central Command’s Task Force 50.

The French is expected to turn over command to USS Dwight D. Eisenhower (CVN-69) later this month. IKE and its strike group began this week conducting air operations in support of the anti-ISIS effort.

The ARG — USS Makin Island (LHD-8), USS Somerset (LPD-25) and USS San Diego (LPD-22) — departed the West Coast in October with the 15th MEU. The ARG operated in the Western Pacific and then in December off Eastern Africa in support of Operation Octave Quartz, the named operation to reposition about 700 U.S. troops from Somalia to other parts of Africa.

From Feb. 8 to March 18, the Makin Island ARG had operated in the Persian Gulf in support of anti-ISIS Operation Inherent Resolve and Operation Enduring Freedom, along with an embarked detachment assigned to F-35B Lighting II Joint Strike Fighters.

On March 23, the Marines announced that Col. Christopher Bronzi, who had led the MEU since November 2019, was removed by Marine Corps Forces, Pacific Commander Lt. Gen. Steven Rudder “due to a loss of trust and confidence in his ability to command, following completion of the command investigation into the assault amphibious vehicle mishap which occurred off the coast of San Clemente Island, Calif., on July 30, 2020.” Former 11th MEU commander Col. Fridrik Fridriksson has taken command of the 15th MEU.

The departure of the ARG from CENTCOM comes as the Biden administration is making moves to pull U.S. military forces from the Middle East.

According to a report in The Wall Street Journal, the Pentagon is pulling back three Patriot missile defense batteries it moved to Saudi Arabia in 2019 as part of a larger effort to direct more forces to the Pacific.