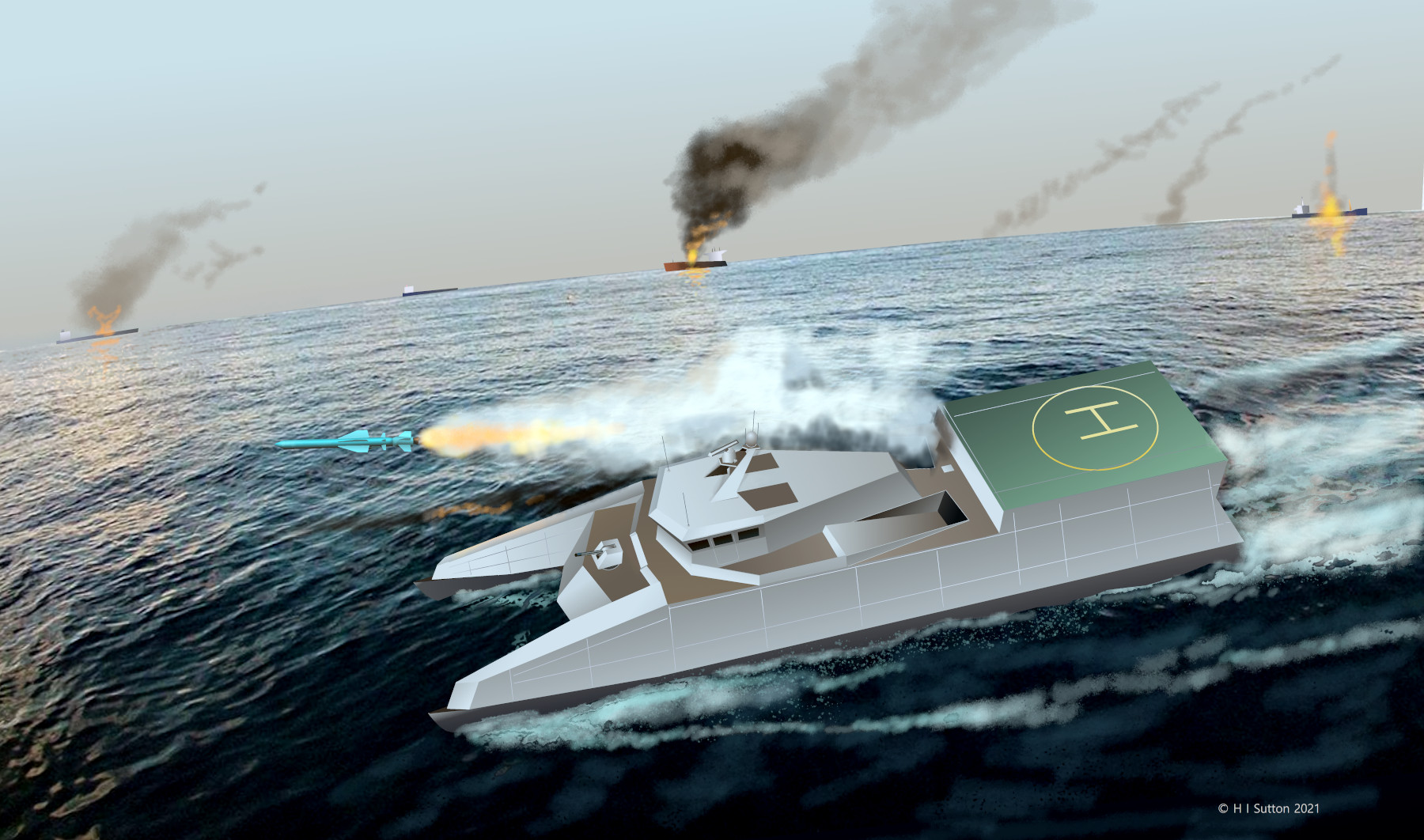 The sectarian arm of the Iranian military’s move to more substantial warships may be part of a wider effort by the IRGC-N to gain conventional naval capabilities more in line with the regular IRIN (Islamic Republic of Iran Navy).

According to satellite imagery, at least three of the new type are under construction simultaneously. One is being built at the Shahid Mahallati Shipyard in Bushehr. Another is in a small boatyard near Bandar Abbas. A third is under construction at a new shipyard near Shib Deraz – on the island of Qushm – that may also be involved in submarine construction, according to analysts.

The vessels have been provisionally identified as the Shahid Soleimani-class, named in memory of Qasem Soleimani. Soleimani was the head of the IRGC’s Quds Force, a branch responsible for unconventional warfare and intelligence in other countries. He was killed in a U.S. drone strike on Jan. 3, 2020. He is seen as a martyr by the IRGC, hence ‘Shahid’ – the Farsi word for martyr – in the ship class name.

The Shahid Mahalas Shipyard is the same builder that is responsible for the IRGC’s existing large catamaran warship, IRIS Shahid Nazeri. The designs do appear to be related with some family resemblance but the new boats are larger. From the available satellite images, they appear to be shaped to be low-observable by radar.

In May 2020 the chief of the IRGC’s naval arm, Commodore Alireza Tangsiri, provided some information on the new types. The new vessels would be 213 feet long and have a helipad, Tangsiri said, according to local outlets. He also said they would be equipped with surface-to-surface missiles. Tangsiri also said that the Shahid Soleimani-class would have air-defense missiles.

Despite the revelation of the new ships, it’s unclear if it reflects a conscious shift in doctrine – having such a capable design will enable new tactics for the IRGC-N. Until now the IRGC has emphasized low-tech solutions and asymmetrical warfare. IRGC operate mostly a substantial fleet of tiny speed boats used for swarm tactics for coastal patrol.

IRGC crews have a history of confronting other navies. They do have some missile boats, but most are small and only armed with lightweight missiles. The IRGC has ten Houdong-class missile boats in service that were supplied by China.

The new missile corvettes could allow the IRGC to operate as more conventional force. This could be similar to other corvette-equipped navies in the region (and indeed the IRIN). Or they may use them as command ships for the flotillas of explosive boats. 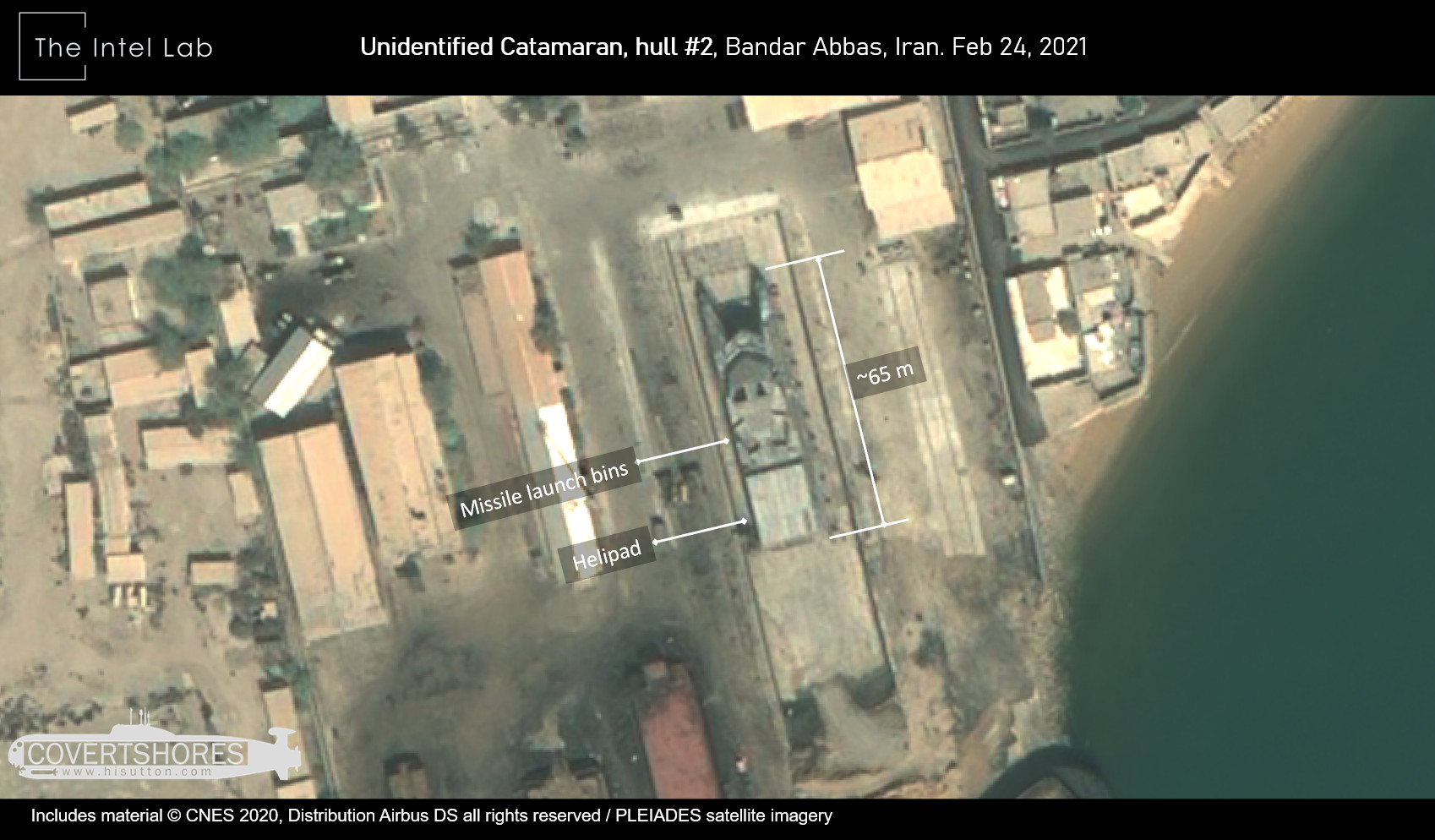 These corvettes are not the only new project that shows a shift in IRGC naval capabilities. IRGC are experimenting with an extra-large uncrewed underwater vehicle (XLUUV) and have recently commissioned a second forward base ship, IRIS Shahid-Roudaki. They are also believed to be building a new type of submarine known as the Shahid Abu Mahdi Al-Mohandes class.

One possible reasoning behind the new more conventional types of platforms is that unconventional tactics have proven less effective in recent proxy conflicts. Iranian forces have widely been accused of supporting the Houthi Movement in Yemen, supplying them with arms and know-how.

Iran has helped the Houthis with uncrewed explosive boats, sea mines and limpet mines that have had some effect, even against warships, but have not changed the course of the conflict. The outcome of the conflict in Yemen may have prompted the IRGC to develop different capabilities.

The new ships could also be aimed at a domestic audience to bolster its political position at home. And whether it is intentional or not, the IRGC is looking more and more like a rival navy to the IRIN.

A recent commercial satellite image, provided by the Intel Lab, showed one of the hulls under construction near Bandar Abbas.