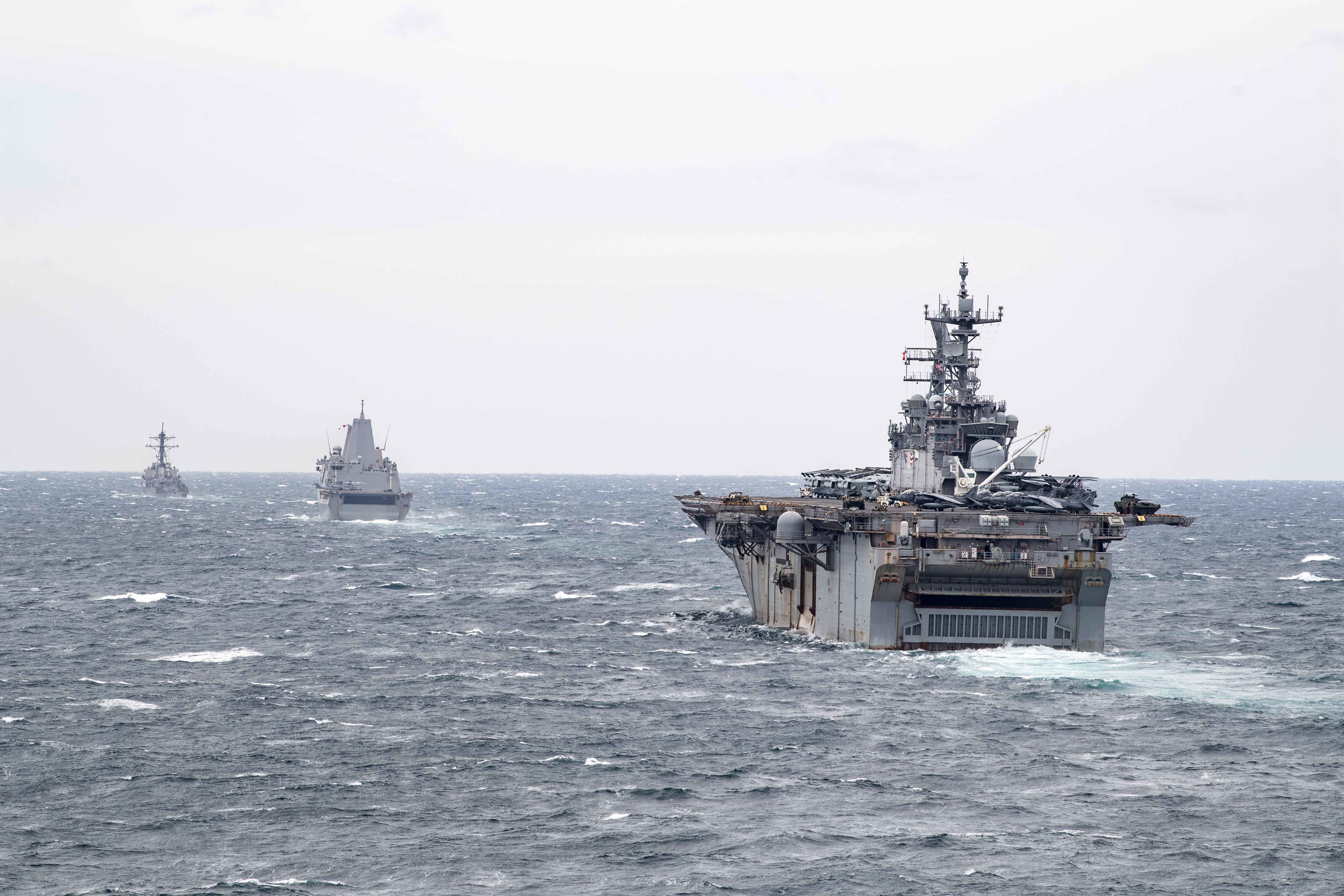 A spokesperson for U.S. 2nd Fleet confirmed to USNI News that JLTVs are aboard the three amphibious ships that deployed as part of the Iwo Jima Amphibious Ready Group (ARG) and the 24th Marine Expeditionary Unit (MEU). The 24th MEU’s deployment with the JLTV is a first for a MEU based on the East Coast, 2nd Fleet said in a news release today.

The 24th MEU, which is headquartered at Marine Corps Base Camp Lejeune, N.C., also includes a Light Armored Reconnaissance detachment, a feature the Navy noted is in accordance with Commandant Gen. David Berger’s force design effort.

“Additionally, in response to the Commandant of the Marine Corps’ new force design, the MEU embarked with a robust Light-Armored Reconnaissance detachment,” the release reads. 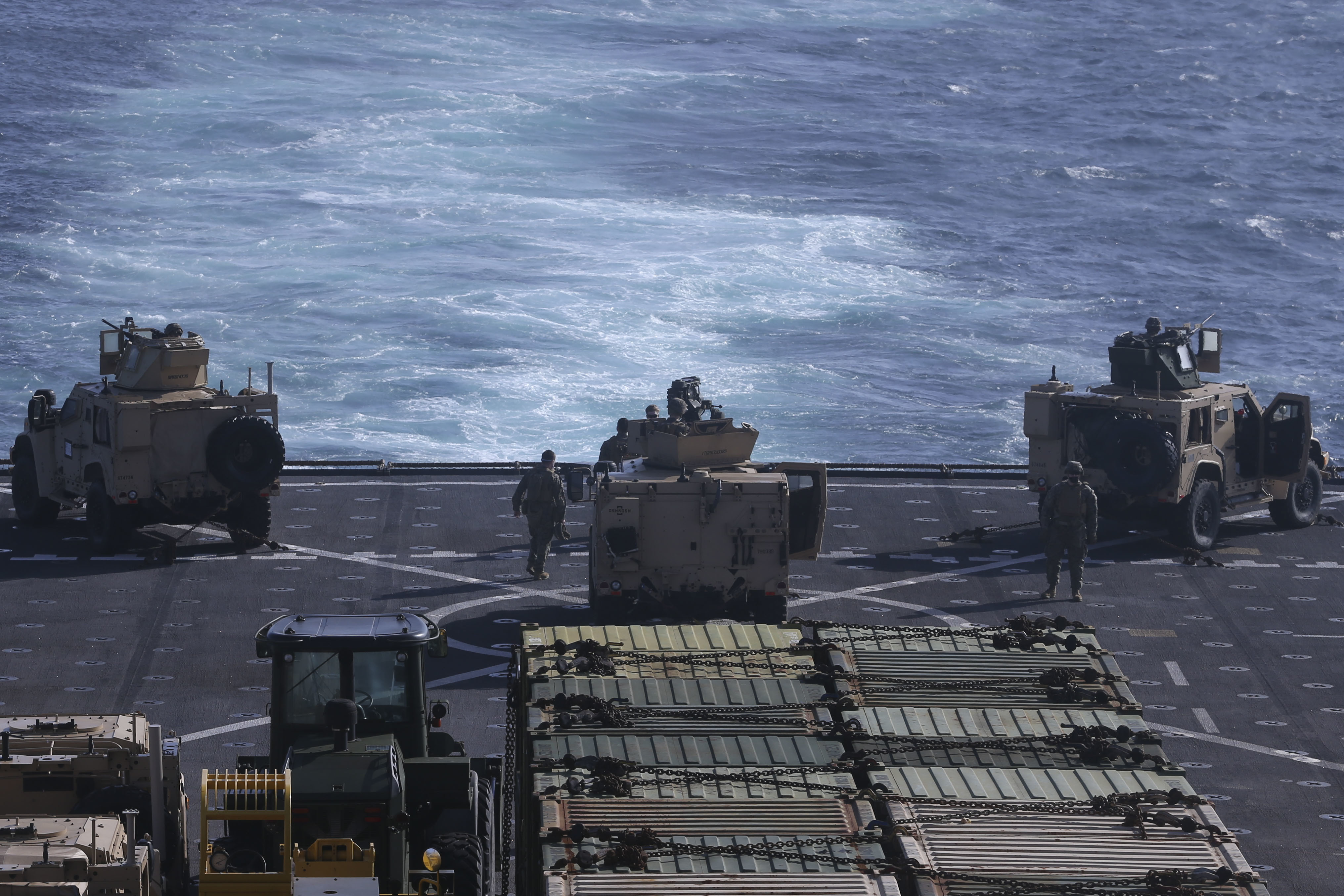 “As the nation’s crisis response force, the ARG-MEU team must remain ready to respond at a moment’s notice when crises arise,” Col. Eric Cloutier, the 24th MEU’s commanding officer, said in the release. “This exercise gave our team the opportunity to train how we fight across a range of military operations, providing a force-in-readiness to the fleet that is prepared to decisively engage when called upon.”

Before the COMPTUEX began, sailors and Marines followed a restriction-of-movement (ROM) sequester to ensure no crew members were infected with COVID-19. The sailors and Marines had already been given the opportunity to get a COVID-19 vaccine, 2nd Fleet noted, as part of the services’ emphasis on vaccinating units about to deploy. 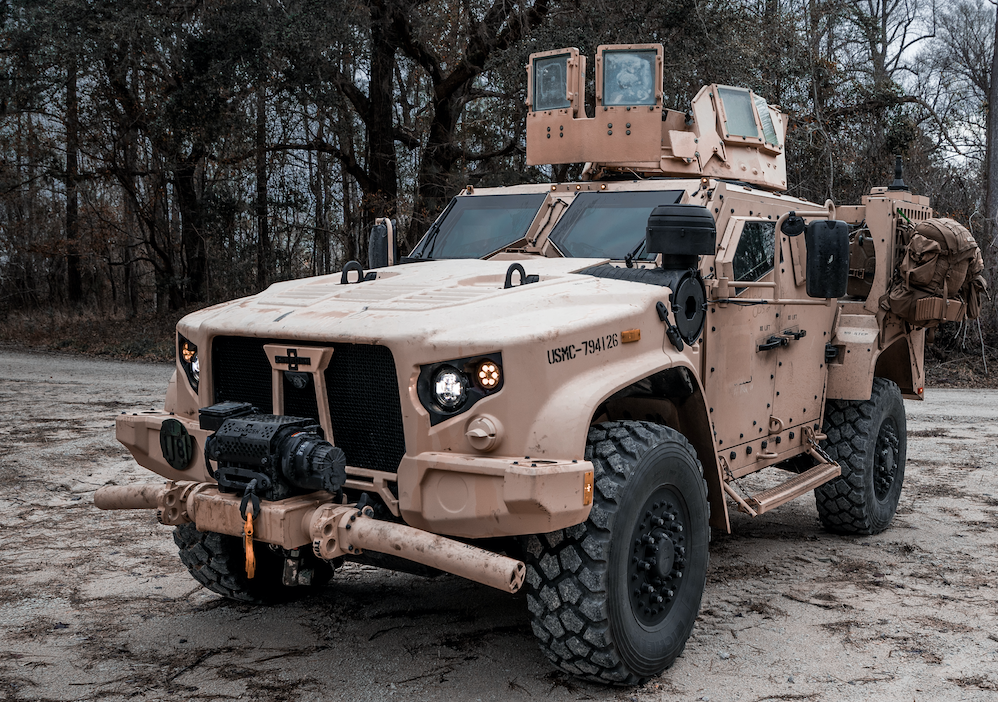 “The entire ARG-MEU is estimated to have over 90% voluntarily immunized once the last few people receive their second dose underway,” Capt. Darren Nelson, Amphibious Squadron Four’s commodore, said in the news release. “The impressive number was achieved by making the vaccine available to everyone and by doing everything possible to educate our Sailors and Marines about the vaccine.”

The COMPTUEX took place over the course of a month and featured two stages, according to the news release.

“At sea, simulated attacks by hostile aircraft, ships, and submarines required active responses by the ARG-MEU in real-time. Additionally, there were several live visit, board, search, and seizure (VBSS) exercises that fully integrated elements of the ARG and MEU at the tactical team level,” 2nd Fleet said.
“On shore, the landing force conducted raids in daytime and nighttime urban environments. They executed multiple tactical recoveries of aircraft and personnel missions, utilizing Navy as well as Marine aviation assets.”