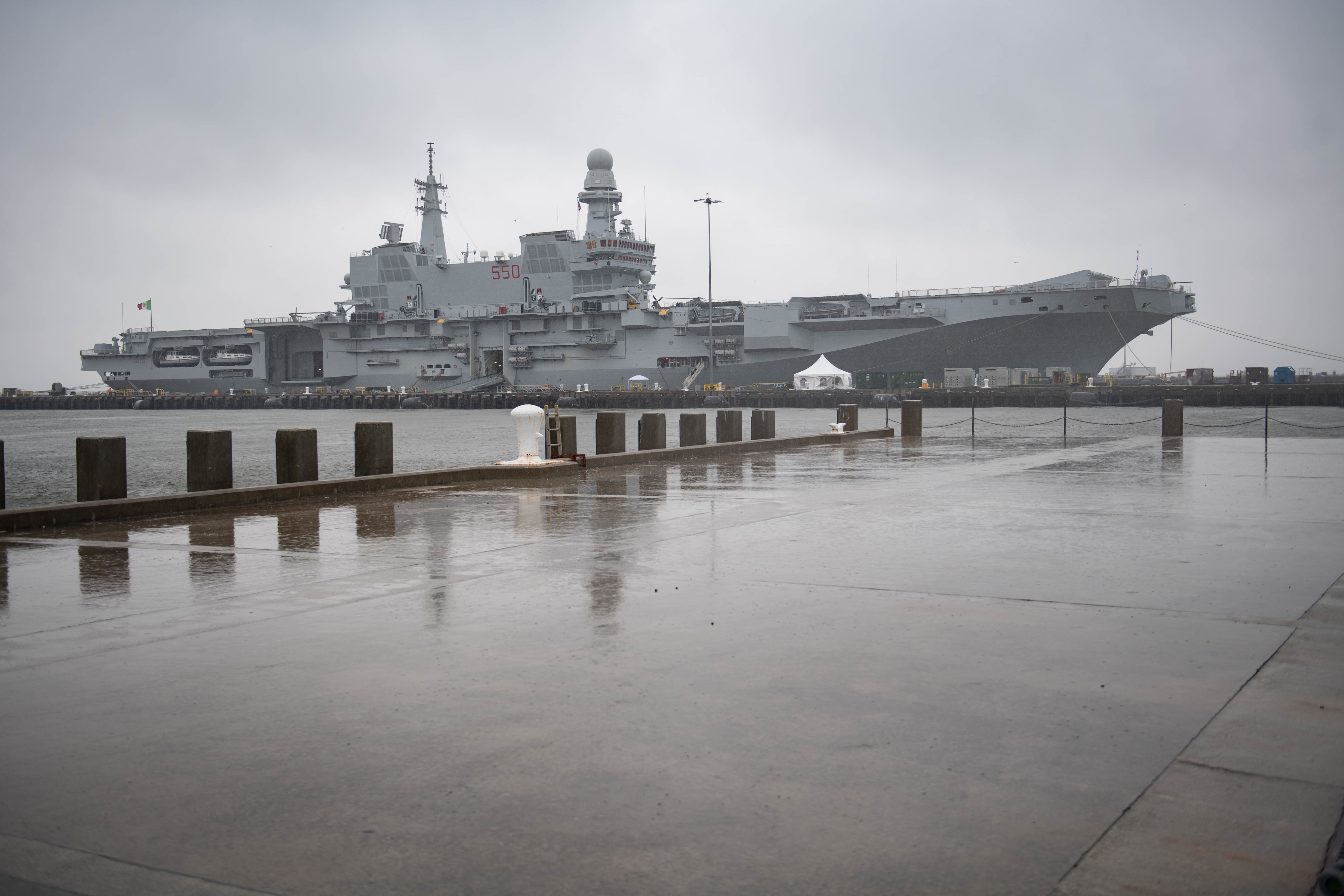 Italian aircraft carrier ITS Cavour (CVH 550) is in Virginia as part of its effort to become certified to operate the F-35B Lightning II Joint Strike Fighter.

The ship arrived at Naval Station Norfolk on Feb. 13 and will work with a test team from the F-35 Joint Program Office (JPO) “to conduct sea trials, a series of tests and functional activities to create a safe flight operating envelope for the short takeoff and vertical landing (STOVL) variant of the 5th generation aircraft aboard the recently upgraded ship,” reads a U.S. Navy news release.

The F-35 Pax River Integrated Test Force (ITF) team from Naval Air Station Patuxent River, Md., includes about 200 engineers, test pilots and more that will conduct F-35B envelope expansion flight tests, where the test pilots work to understand the boundaries of safe takeoffs and landings on the carrier’s flight deck based on winds, sea states and other conditions. The team will be flying two aircraft that are instrumented with sensors to support this kind of testing.

“Italy is a critically important Cooperative Program Partner in the F-35 enterprise,” Andrew Maack, F-35 Pax River ITF chief test engineer and site director, said in the Navy news release.
“We are excited to get underway with the sailors of Cavour and honored to contribute to the aircraft carrier achieving the Italian Navy’s strategic goal of it being ‘Ready for Operations.’ We look forward to a phenomenally successful shipboard detachment.”

Cavour was commissioned in 2008 and has been operating with AV-8B Harriers, which will be replaced by the F-35Bs Italy is buying for its Navy and Air Force. 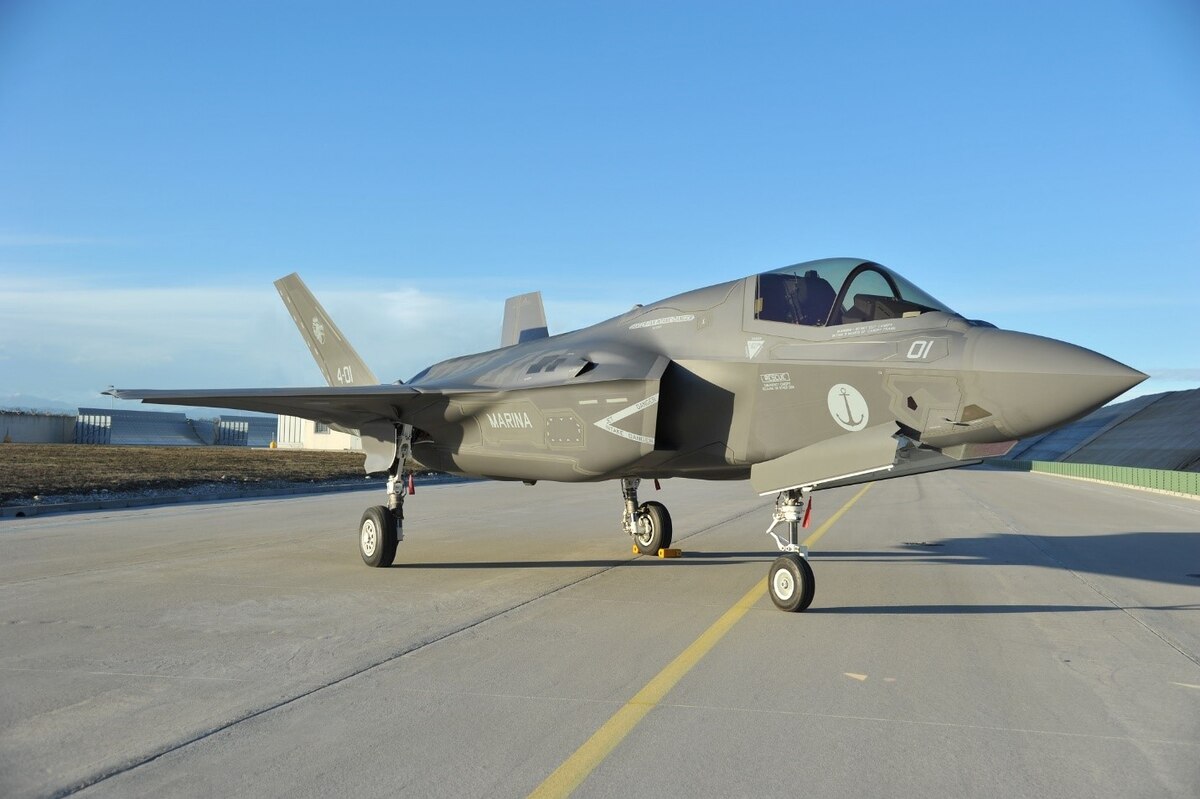 The ITF team also supported similar testing on U.K. Royal Navy carrier HMS Queen Elizabeth (R08) in 2018, conducting the first-ever jet landing on the new carrier while operating off the coast of New Jersey. The ITF and then operational Marines have helped Queen Elizabeth train and then certify for its maiden deployment, which will take place this spring and will include a squadron of U.S. Marine Corps F-35Bs to supplement one U.K. squadron serving in the carrier air wing.

In addition to the U.S., Italy and U.K. – who are all partner countries in the F-35 international development effort – Japan will also operate the F-35B short-takeoff and vertical landing variant as part of a foreign military sale.

Cavour is also using the visit to the East Coast of the U.S. to conduct other interoperability training events.

“Operating in the Western Atlantic with our NATO allies presents a mutually beneficial opportunity to enhance both of our Navies’ capabilities,” U.S. 2nd Fleet Commander Vice Adm. Andrew Lewis said in the Navy statement.
“Supporting our Italian allies in certification of their aircraft carrier increases our collective experience in safety and combat abilities. We are stronger together.” 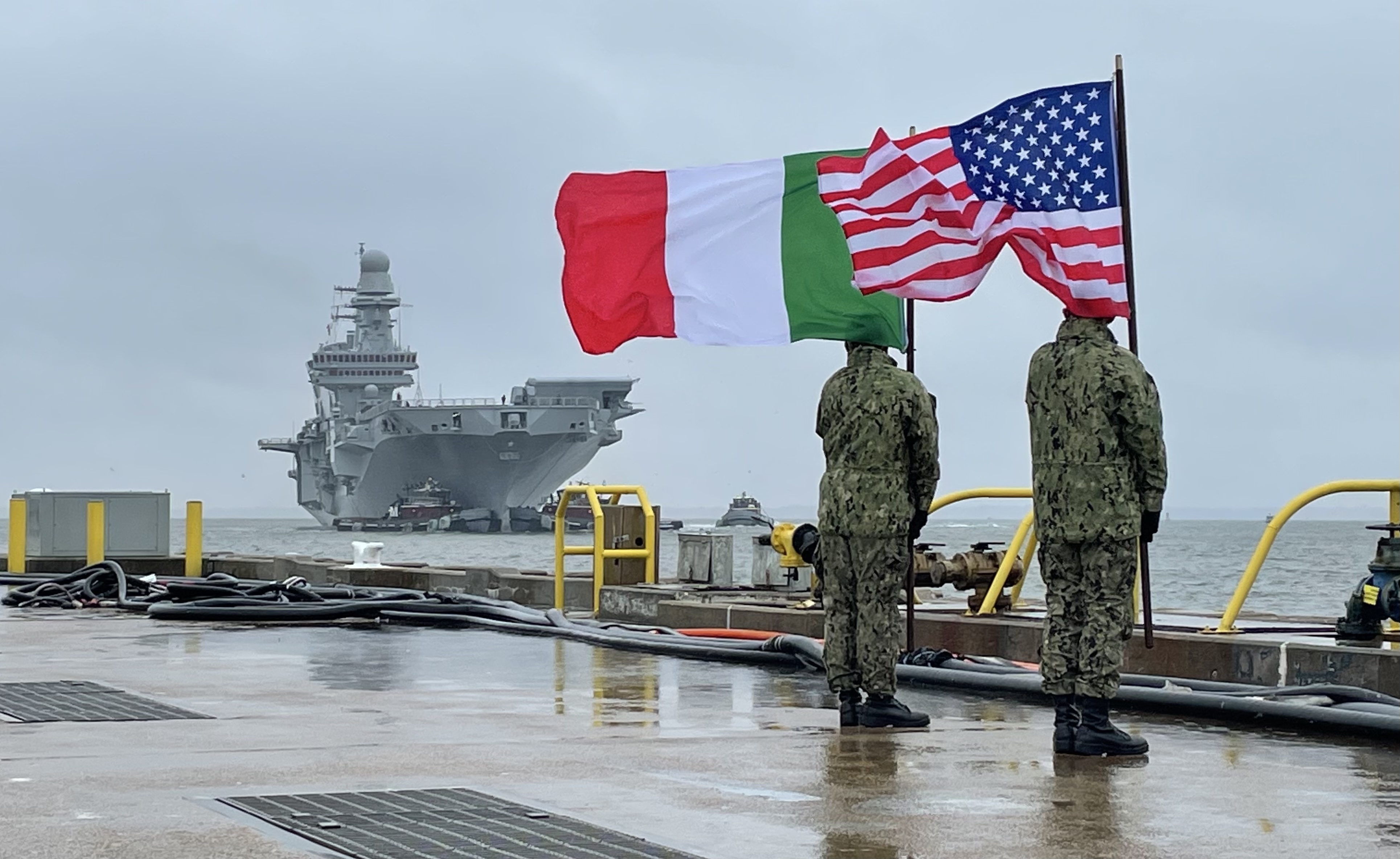 Italian Navy flagship, the aircraft carrier ITS Cavour (CVH 550), arrives at Naval Station Norfolk, Va., Feb 13. The Cavour’s visit is part of a series of operations alongside U.S. military assets to attain the Italian Navy’s “Ready for Operations” certification to safely land and launch F-35B aircraft. US Navy photo.

“We are deeply grateful for the warm welcome received by the U.S. Navy 2nd Fleet upon our arrival in the Western Atlantic waters,” Cavour Commanding Officer Capt. Giancarlo Ciappina said in the news release.
“My officers and the whole crew were impressed for the professionalism and seamanship shown during these three days of training by the crews of USS Stout, CVW 7 and CPRW 11. We consider a real privilege having the opportunity to sail and exercise alongside our closest allies and friends and we are very proud to share with the USN community such important certification deployment, which will provide ITS Cavour and the Italian Naval Aviation with the 5th generation air combat capability of the Joint Strike Fighter.”