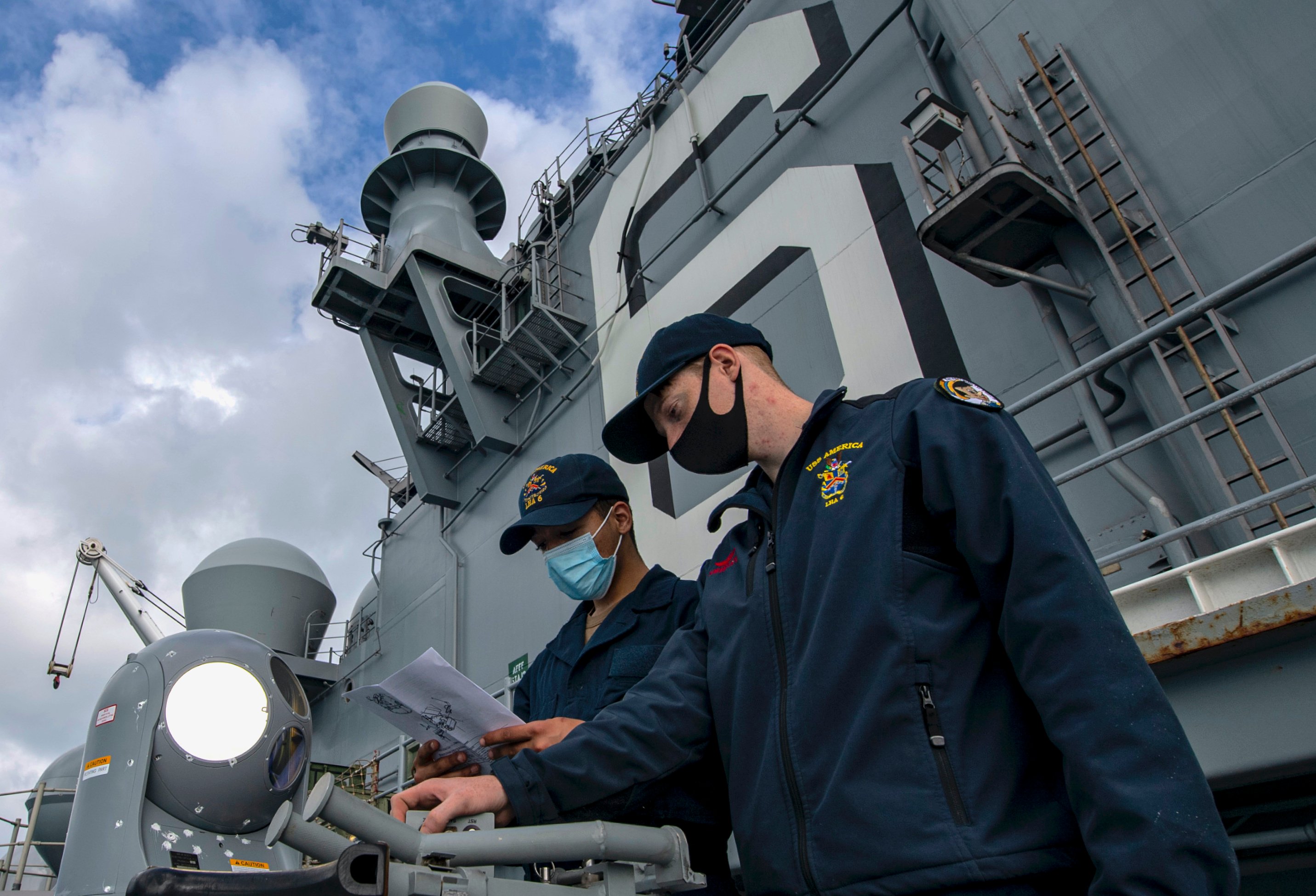 The task force designated to find improvements in how the Navy thinks about diversity rolled out more than 50 recommendations on how to make the service fairer and more inclusive in a report released on Wednesday.

The final report from Task Force One Navy lays out specific, granular changes to how the service recruits and retains sailors as well as develops tools for professional development that open opportunities for women and minorities – particularly in the officer ranks, service officials said on Wednesday.

Ordered in the wake of the death of George Floyd and the subsequent racial unrest in the U.S., Chief of Naval Operations Adm. Mike Gilday told the task force to inform the Navy’s ongoing “culture of excellence” program.

“We stood up ‘Task Force One Navy’ to identify and remove racial barriers, improve inclusion efforts, create new opportunities for professional development, and eliminate obstacles to enter the Navy,” Gilday said in a Wednesday statement.

“We have fallen short in the past by excluding or limiting opportunity for people on the basis of race, sexual orientation, sexual identity, gender or creed. Our Navy must continue to remove barriers to service.” 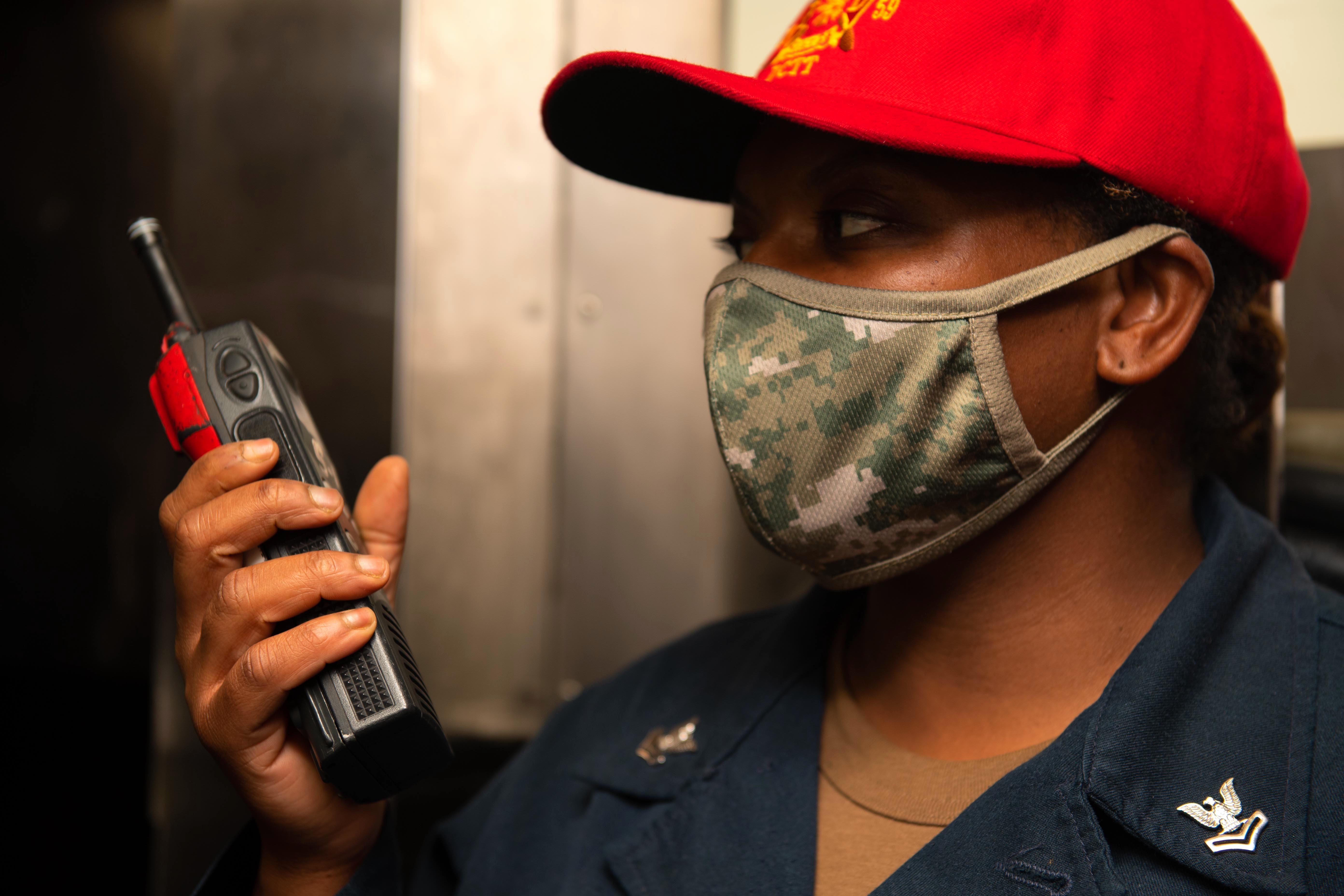 Retail Services Specialist 2nd Class Shawnar Miller, from the U.S. Virgin Islands, communicates with members of the damage control team during a general quarters drill aboard the guided-missile cruiser USS Princeton (CG-59), in the Indian Ocean on Nov. 25., 2020. US Navy Photo

Chief of Navy Personnel Vice Adm. John Nowell said the goal was to look for new sailors in different places and to keep advancements and promotions fair for those currently in uniform.

“Are we a meritocracy as a Navy? We pride ourselves that we are, but is the playing field level?” Nowell told reporters on Friday.
“The playing field is not level for all for a number of reasons. … So how can we level that playing field? This is about making sure that everyone has the opportunity to compete.”

The more than 50 recommendations in the new report are the culmination of listening sessions across the Navy in which senior leaders collected the thoughts of minorities and women across the service.

“We’ve got a chance to go out and talk to sailors and listen to their stories,” task force director Rear Adm. Alvin Holsey said on Friday.
“When you talk to someone and then learn their background, where they’re from and what they bring to our team.”

Based on the sessions and a larger Department of Defense review, the recommendations include:

Tweaking everything from grooming standards to how promotion boards are conducted isn’t a purely altruistic goal for the Navy. Faced with a mandate to grow the force by 40,000 sailors amid a diminishing recruiting pool, the Navy was already trying to make the service more appealing to more potential sailors. Retention rates have been flat for the last several years as well.

“In order to more effectively recruit, develop, manage, reward, and retain the forces of tomorrow, aiming to simply avoid doing the wrong thing is too low a bar; we must actively pursue that which is right,” Gilday wrote in a message to the fleet in 2019.
“When sailors feel included, respected, and empowered, they will be more ready to win wars, deter aggression and maintain freedom of the seas.”

While diversity in the enlisted ranks is better than the other military services, the highest officer ranks remain mostly white and male.

“In the officer corps, women make up about 23 percent of the force for new ensigns coming into the service, according to a January snapshot of Navy personnel. Only about 12 percent of captains are female. For flag ranks, there were 16 female admirals out of 219 and none with four stars,” USNI News reported in September using an early 2020 snap shot of Navy personnel.
“Black officers account for 7.3 percent of ensigns and 6.4 percent of captains, according to a USNI News review of the data. In the flag ranks, as of January, there were six Black admirals out of 219 with none serving in the three- or four-star ranks. On the enlisted side, Black sailors account for 18 percent of the force. 17.5 percent of chiefs are Black, as are 19 percent of petty officers and 20 percent of seamen, firemen and airmen in the E-1 to E-3 pay grades.”

In addition to encouraging a diverse pool of applicants, another aspect of the program was to include training making sure that differences in race, ethnicity and gender are accepted by the wider force.

In that vein, the study looked to see if any discrimination was baked into the grooming standards. A question was how to handle how frequent shaving can cause a skin condition in Black men called pseudofolliculitis barbae or razor bumps. As a mitigation measure, some Black sailors have received no-shave permission but wider permission for men to grow beards was deemed unworkable due to the requirements of sailors wearing gas masks. Nowell said Black men could still receive permission not to shave to mitigate razor bumps but it was conditional to their assignments. 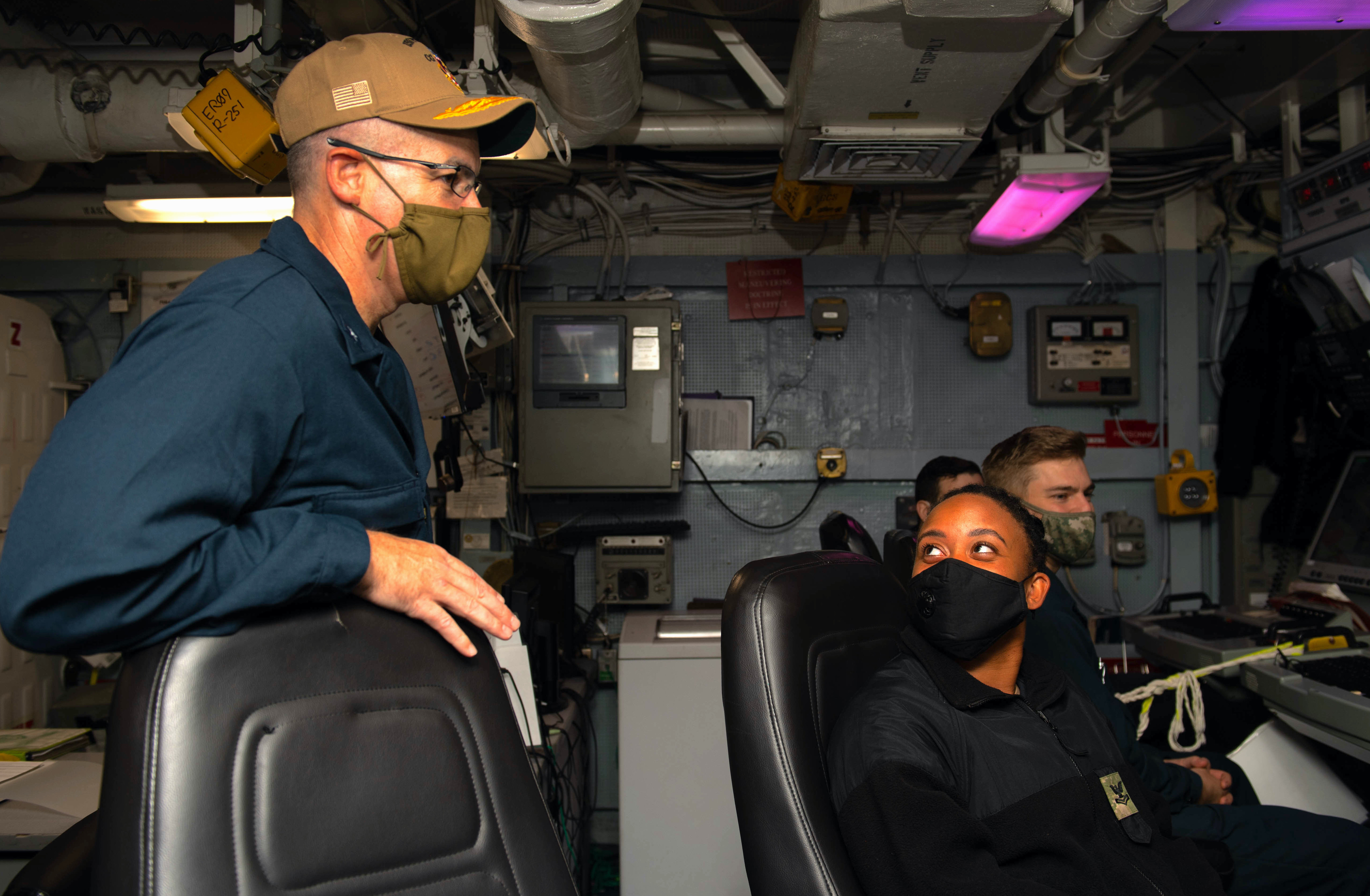 In line with a Pentagon-wide review of grooming standards, the task force reviewed other standards for fairness.

“Overall with grooming standards, we found that there were none that were discriminatory. But the way that some were written — it was too subjective,” Nowell said on Friday.
“If we say that for a female, your hair color has to compliment your skin tone. What does that mean? That an African-American woman cannot have blonde hair? That’s what, that’s what some of the COs were interpreting. So we tighten that language up… We didn’t find that the language itself was discriminatory, but it wasn’t tight enough.”