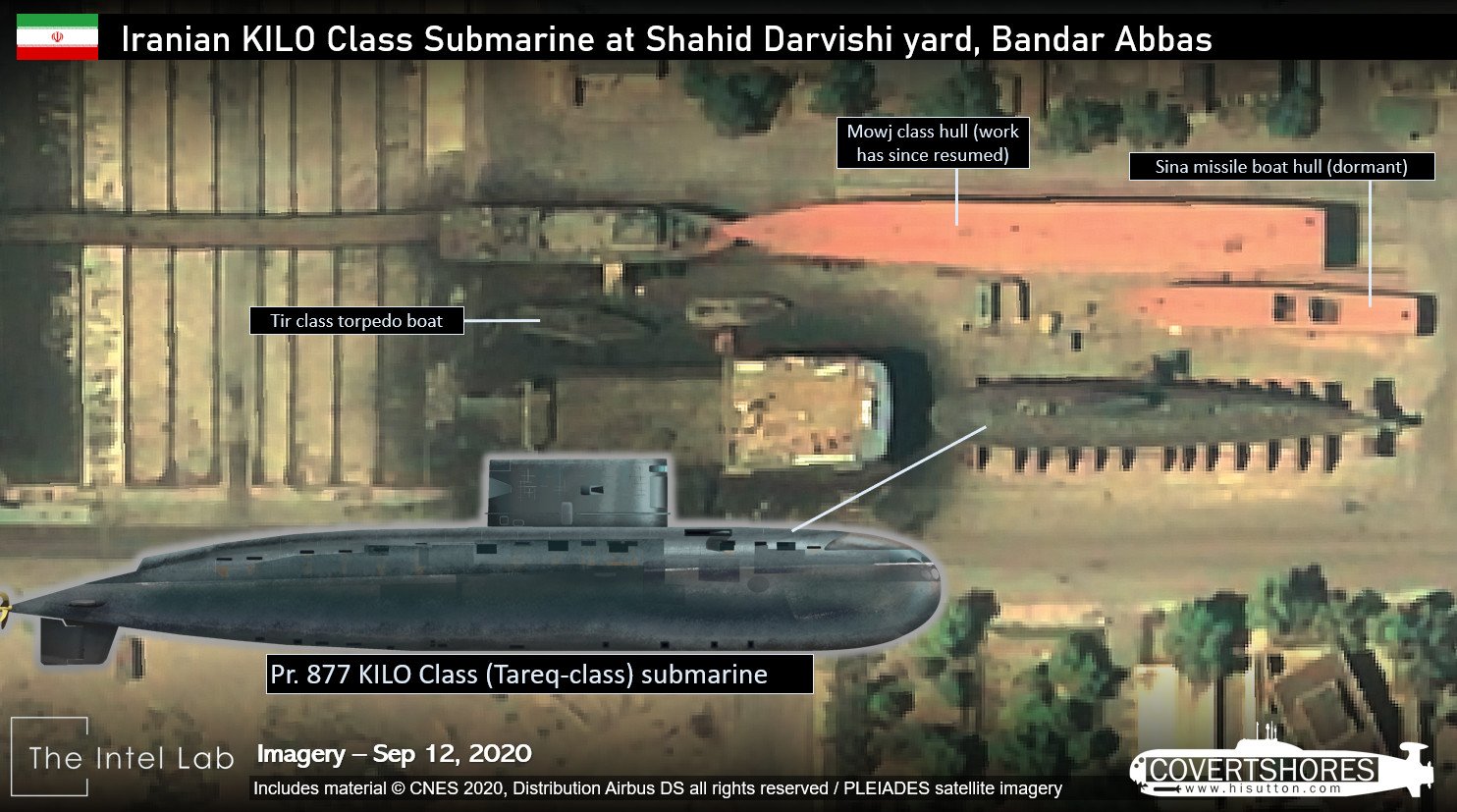 While the Iranian naval forces have been clashing with U.S. forces in the Middles East in the last several weeks, its most capable submarines have been out of action.

New information shared by The Intel Lab show all three of Tehran’s Kilo-class submarines have been out of the water for more almost a month.

The 3,000-ton Kilos are the Iranian Navy’s largest and most potent submarines. They are based at Bandar Abbas near the Strait of Hormuz at the entrance to the Persian Gulf. The Russian-built boats are armed with up to 18 torpedoes and can remain submerged for several days at a time. They are, logically, central to the Iranian Navy’s ability to defend the country.

Having all three out of the water at once is unusual and may indicate a wider serviceability issue. Navies try to rotate maintenance periods to keep as many submarines in the water as possible. For a navy with three submarines, like Iran’s Kilos, this should mean that at least one is in the water at any point in time.

The addition of Iran’s 600-ton indigenous Fateh-class submarines could be viewed by Tehran as enough capability to allow all three of the Kilos to be out of the water at once. First-in-class Fateh has been tied up to the submarine pier in Bandar Abbas throughout. But Fateh is much smaller and less capable than the Kilos.

Iran also has a sizable fleet of midget submarines. These are the locally designed Nahang-class boats and around 14 (estimates vary) of the North Korean derived Ghadir-class. They can be armed with heavyweight torpedoes and the small Jask-2 anti-ship missile. But they are not comparable in either role or capability to the much larger Kilos.

The Kilos have been overhauled in local facilities rather than being sent back to more experienced Russian yards. These periods have been longer than expected and may could indicate supply or skills shortages. One of the boats has been in a dry dock in Bandar Abbas since 2019, according to satellite photos. Another has been at the Shahid Darvish yard west of the city for months. And in mid-December the third was also put in a dry dock in Bandar Abbas. As of Jan. 31, the situation remain unchanged.

The extended repair Iran’s Kilos has not been confirmed. But it certainly raises questions. Iran is now building indigenous submarines and has even claimed to be working on a nuclear powered boat. But even if the new subs are more capable than the small Fateh class, local production will take years to fill the shoes of the Kilos. Until then analysts will be watching Iran’s maintenance cycles carefully.

News of the sidelined Kilos come as tensions between Iran and the U.S at sea remain high.

Possibly the American naval forces were observing Iran’s first indigenous patrol submarine for Fateh. This small submarine was reported to be conducting its first torpedo tests.