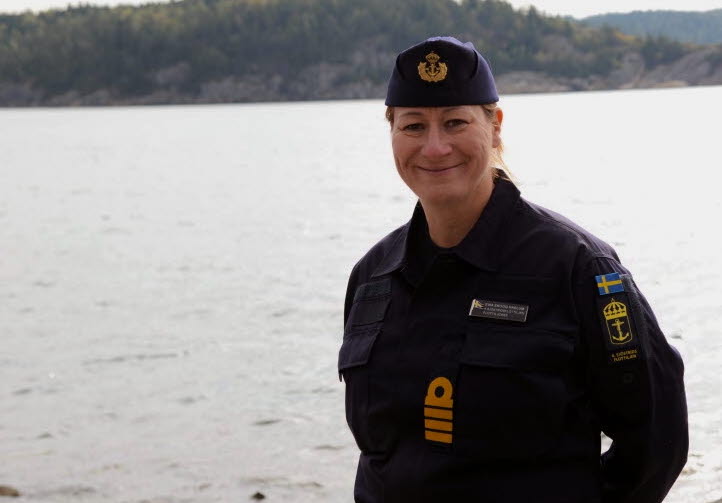 The threat of Russian gray zone activity in Northern European waters makes at-sea presence and information-sharing all the more important, the chief of the Swedish Navy said today in an online event.

Rear Adm. Ewa Skoog Haslum said during an American Enterprise Institute online discussion today that the Baltic and North seas are busy waters for merchant, military and recreational traffic and that keeping the waters free and safe are important to Sweden, which is not a NATO member but a close partner to the alliance.

Though Russia is not taking actions in the region that rise to the level of needing a military response, she said it has become increasingly important for the Swedish Navy, Swedish civilian agencies and international navies to work together to be present, have good maritime surveillance, and share information so that Russian harassment of other vessels or other gray -zone actions don’t go unnoticed.

“It’s very easy to hamper or harass without anyone [seeing] it or [knowing] it – that is maybe the worst problem if you compare [the maritime environment to] what can happen ashore,” she said.
“That’s why we are very much concerned of always be present at sea, because then we can be the eyes at sea, and we can also both show our flag of course to other nations but also to show that we are ready to protect the merchant shipping, if that’s the one being harassed.” 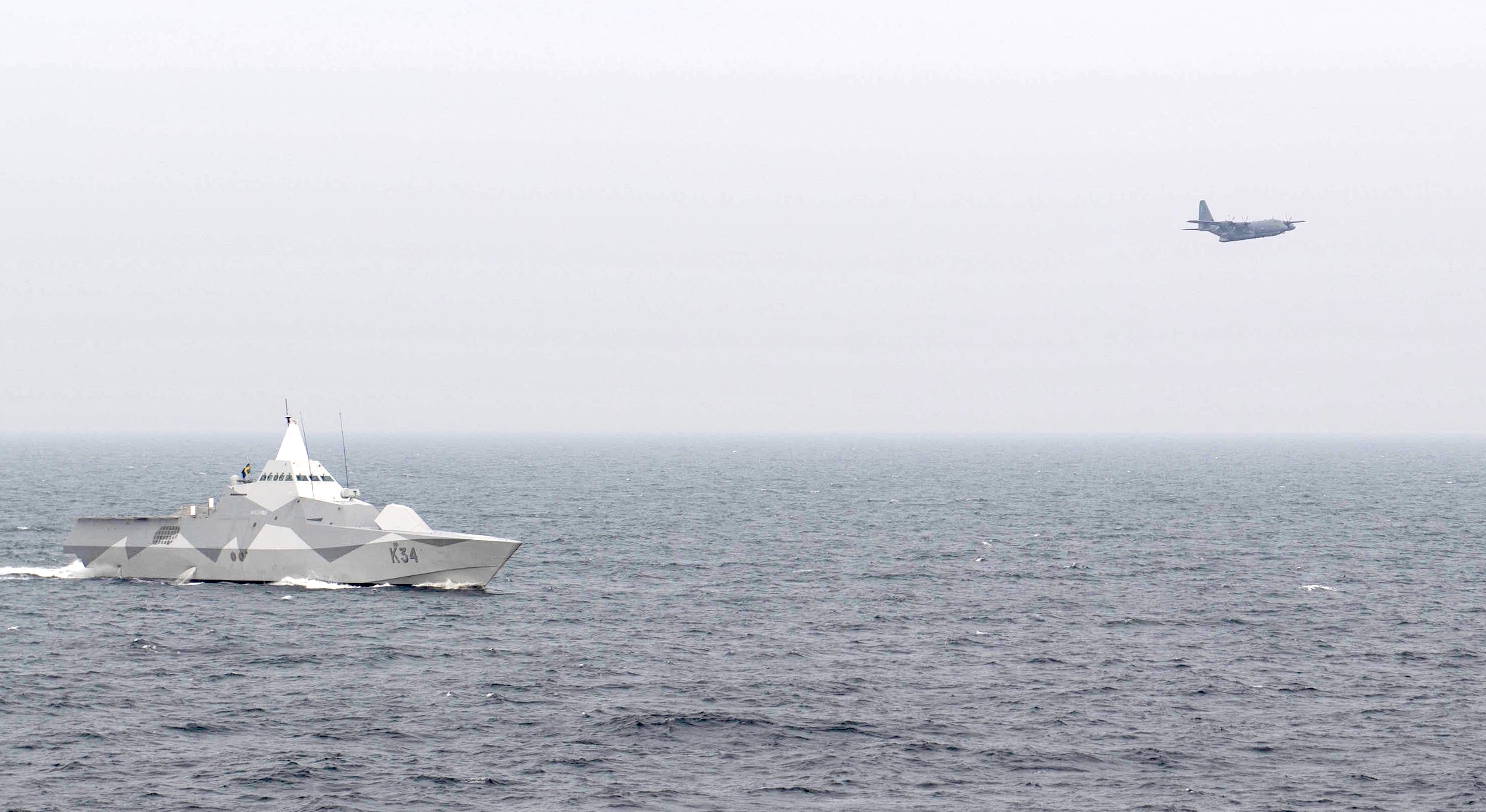 After being asked about Sweden’s long coastline, with an archipelago that can be difficult to monitor, Haslum said Sweden faces a “total defense task to solve, because it’s not only the military that can provide the security” for the country. She said the Swedish Navy was working with domestic agencies and international partners to share “trustworthy” data that could help keep the shores and nearby waters safe and free.

Among the challenges Haslum said she faces in this effort is the movement of information – not only in keeping it safe from being intercepted, manipulated or blocked, but also in ensuring the Swedish Navy and its partners have interoperable systems that can share data in real time.

When it comes to working with international navies, she said Sweden is making procurement decisions that could support a “day-zero connectivity” goal, so that when it joins with NATO navies for exercises they are already able to seamlessly come together and begin working without any troubleshooting to get connected.

Haslum’s comments come shortly after the Department of the Navy released an updated strategy called A Blue Arctic: A Strategic Blueprint for the Arctic, which prioritizes many of the same goals Haslum outlined. The U.S. Arctic strategy calls for increased presence in the High North – from manned and unmanned platforms – to allow for more surveillance as well as presence that could deter aggression from Russia and China. The strategy focuses on day-to-day competition, which includes some of the gray-zone activities Sweden and other European navies are worried about, and taking action to ensure the waters remain free for all as new navigation routes open up.

In the same event, U.S. 2nd Fleet Commander Vice Adm. Andrew Lewis also spoke of the importance of these exercises, saying in a previous exercise with the Swedish Navy he “learned more than I ever thought I would learn about mine countermeasures, about anti-submarine warfare, about operating in a very restricted waterway.”

Lewis repeatedly spoke about the need to be present in the Atlantic, the Baltic, the Arctic and other High North bodies of water. He made clear the U.S. Navy couldn’t provide enough presence on its own and was reliant on partners to help serve as eyes and ears for a network of allies and partners working together to push back against Russian activities that go against international standards of conduct.

Since 2nd Fleet reached initial operational capability two years ago, many of its most prominent operations have relied heavily on collaborations with allies and partners. Lewis noted that when he commanded the Baltic Operations (BALTOPS) 2019 exercise, he had just 50 staff members assigned to 2nd Fleet at the time but a staff of 450 running the exercise from command ship USS Mount Whitney (LCC-20) thanks to allies and partners sending their best officers to fill out the staff.

“2nd Fleet would not be where it is as a command now without Sweden and other partners in our command network. Absolutely would not be,” he said during the event.
“And I am extremely grateful for the nations and the organizations that we have partnered with and gotten assistance from, to include the U.S. 6th Fleet as well and the U.S. 4th Fleet down in Mayport, Fla.”