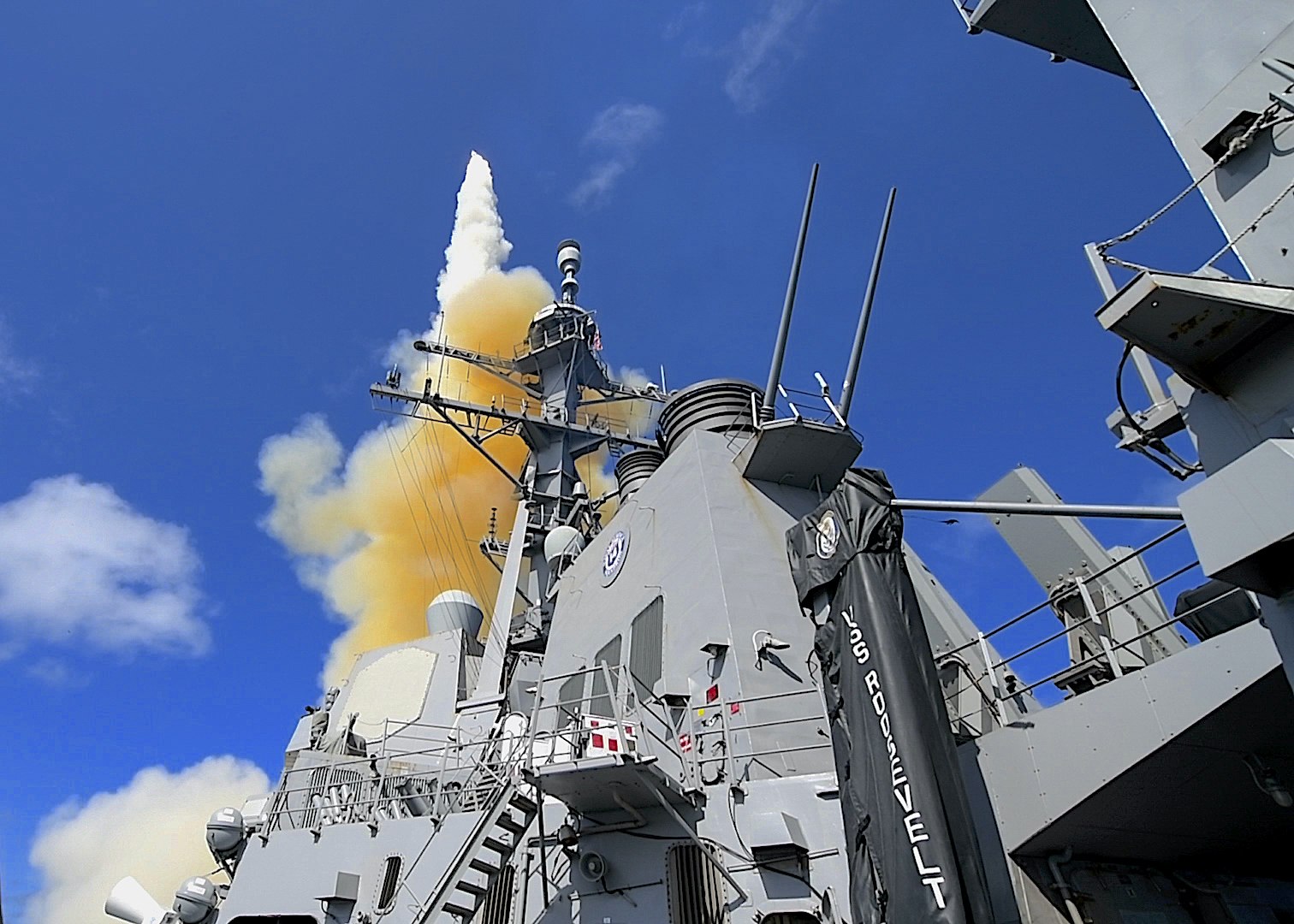 U.S. Fleet Forces Command is moving forward with its redesignation to U.S. Atlantic Fleet, as Navy Secretary Kenneth Braithwaite announced last month. But while in some ways it’s just a name change, it has raised questions about how homeland defense is carried out, Fleet Forces Commander Adm. Chris Grady said today.

Today, Grady controls homeland defense missions not only in the Atlantic but in the Caribbean, 500 miles out in the Pacific, and in and around Alaska. He also controls global missions under STRATCOM that are carried out by maritime forces. The Atlantic Fleet designation has raised some questions as to what Grady’s role outside the Atlantic would look like under the new command name. Following Grady’s speech, Fleet Forces Command spokeswoman Capt. Sarah Self-Kyler said that, despite questions circulating, nothing would change in terms of commanding homeland defense and strategic missions from maritime forces.

Self-Kyler told USNI News today that a presidential letter was sent this week that formally approved Braithwaite’s December decision. With that letter in hand, Fleet Forces Command will now begin a 30-day planning process for the name change implementation. The memo states that the new name will not create any new responsibilities for Grady, but in the next 30 days Grady will have to work with the chief of naval operations and others to clarify issues related to the name change. She added that “there will be not by any changes to USFFC current authorities or responsibilities,” so part of the name change process may be making clear that the Atlantic Fleet commander could, in fact, still command forces outside the Atlantic under these other roles.

He was asked during his speech if the redesignation was a good thing for the Navy, and he responded “you could argue that in either direction; there’s plenty of pros and cons to that. But our bosses have decided that this is the way we’re going to go, and we’re moving out. I think the pros are that it underscores the importance of the Atlantic and the challenges that come with the Russia fight. And it’s certainly related to tangible decisions to increase our presence in the Atlantic,” especially since U.S. 2nd Fleet and its Submarine Group 2 were reestablished in recent years.

“The downside might be that we would lose emphasis on what we do for the homeland here,” he continued, saying that homeland defense portfolio could have to be rebalanced now.
“In the end, it will mean that the name change, I think, is an important branding opportunity.”

Grady said several times in his remarks that the world today under great power competition is much like how it was when he joined the Navy, in the final years of the Cold War.

“Not unlike in 1984, when I joined the crew of the USS Moosbrugger (DD-980), chasing Soviet submarines and ships throughout the ‘yankee boxes’ in the Atlantic during the Cold War, our surface forces are in daily contact with our competitors around the globe,” he said.

“Where in the past we would have sporadic out-of-area deployers (from Russia or China) operating off our coasts, my prediction is soon it will be consistent and will continue back to the future, back to the Cold War and operating in the Yankee boxes.”

That puts “a premium on our current readiness,” Grady said.

Typically, the Navy has considered itself America’s away team, fighting adversaries overseas so that the fight didn’t come to the U.S. homeland. That has meant that the bulk of training and readiness efforts have come in the lead-up to a deployment, creating something of a tiered readiness system. Grady said that won’t work going forward, and that more units need to be ready around the clock, regardless of where they are in the deployment cycle.

“We used to think of the oceans as moats, and now they’re attack vectors,” he said.

“We have to be ready all the time, we have to have our seabag packed and ready to go within 24 or 48 hours. As a [junior officer], back in those days in the mid-80s, we got underway four times – and this was my first tour – we got underway four times with 48 hours heads up,” he continued.
“Didn’t matter where we were, what phase of the [deployment cycle] – didn’t matter, we were getting underway. Three times it was to go out and find unlocated submarines off the United States East Coast.”

“We’re kind of back to that now,” he concluded.