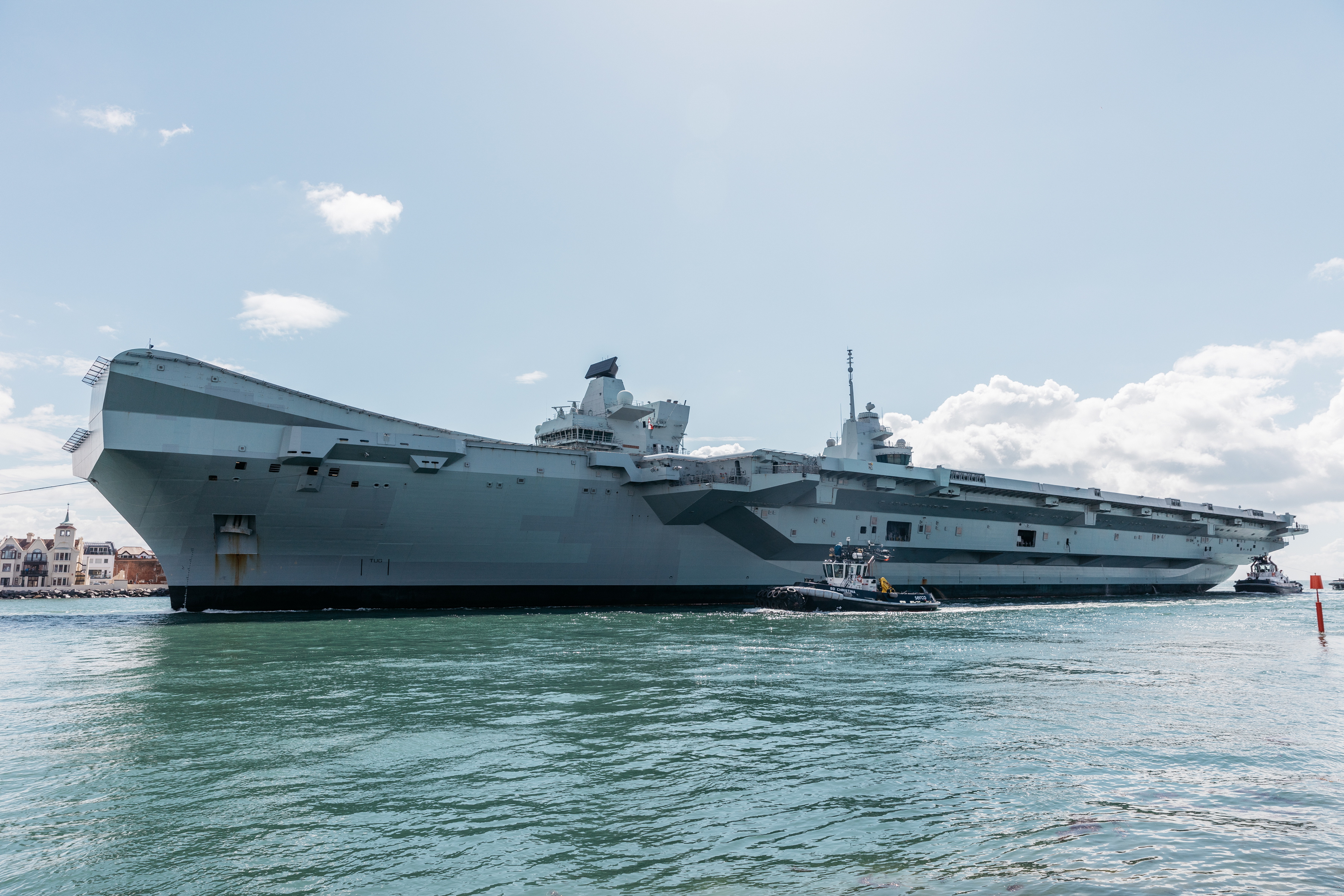 The IOC declaration means that all elements of the CSG – from the aircraft carrier itself, to the air wing, to the surface combatants, and all their systems that operate in the air, surface and undersea domains – have been brought together and operated successfully.

“Both the air and naval elements of the CSG have now met this milestone, which includes qualified pilots and ground crews being held at short notice for carrier-based operations and trained to handle weapons and maintain the equipment,” reads the news release.
“Another marker of success at this stage includes the ability to deploy Anti-Submarine Warfare capabilities such as frigates and destroyers, as well as both fixed and rotary wing aircraft including Merlin helicopters to operate alongside the carrier.”

The strike group, which includes a squadron of U.S. Marines with F-35B Joint Strike Fighters, has already gone to sea for training and to participate in the NATO Joint Warrior Exercises in October. During these training events, the Royal Navy operated alongside 13 allies – Belgium, Canada, Denmark, France, Germany, Latvia, the Netherlands, Norway, Spain, Turkey, Japan, UAE and the U.S. – and was also notable in being the most aircraft on a Royal Navy carrier since 1983 as well as the most F-35B jets at sea in the program’s history.

This IOC decision keeps the CSG on schedule as it works towards a 2021 deployment.

“This is a hugely significant milestone for HMS Queen Elizabeth, the Royal Navy and the whole country,” Defence Minister Jeremy Quin said in the news release.
“This achievement is a testament to the determination of our service personnel and industry workforce who have delivered this first-rate military capability, a capability held by only a handful of nations. I wish the entire Carrier Strike Group well ahead of their first operational deployment this year.”

Starting this spring, the Queen Elizabeth CSG will embark on a global deployment expected to cover Europe, the Middle East and the Pacific. The Royal Navy expects the carrier strike group to reach full operating capability by December 2023.