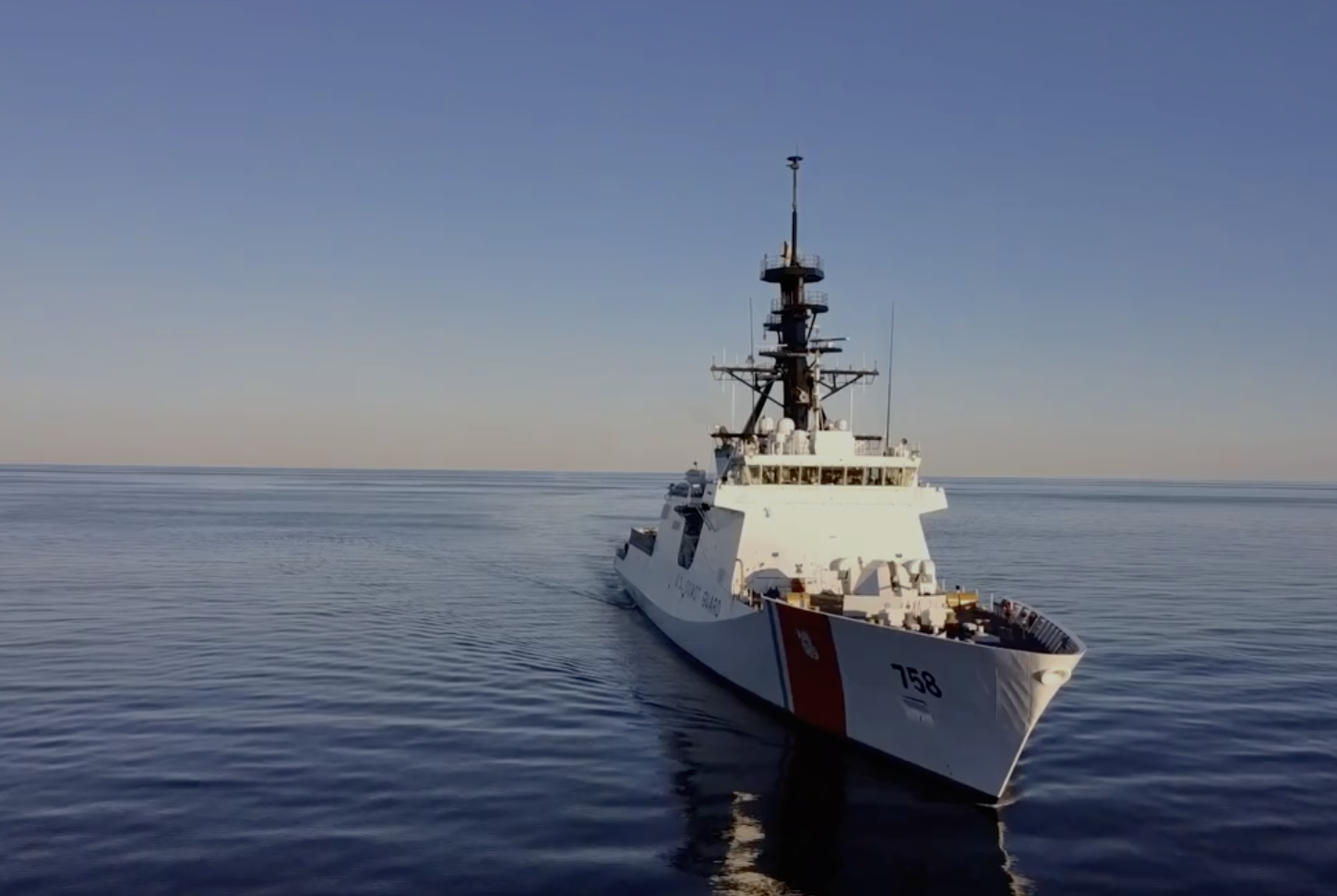 The Coast Guard’s newest national security cutter is setting out on its first operational patrol to the Southern Atlantic to counter illegal, unregulated and unreported fishing off South America.

The Legend-class USCGC Stone (WMSL-758) and its crew of 120 men and women last week turned what’s typically a “shakedown” cruise into short-notice preparations to conduct maritime security operations off South America after departing Pascagoula, Miss. The Coast Guard had received Stone from the shipbuilder, Huntington Ingalls Industries, on Nov. 10 and planned for its commissioning at its future homeport of Charleston, S.C., now slated for after its return from the deployment.

The departure came after a two-week restriction aboard where crew members remained in their berthing when not eating meals or exercising. After leaving Pascagoula just before Christmas, the crew was busy with drills and training, including small-boat operations, abandon-ship drills and helicopter operations.

The inaugural deployment is “a multi-month deployment to the South Atlantic countering illegal, unregulated, and unreported fishing while strengthening relationships for maritime sovereignty and security throughout the region,” according to a Coast Guard news release. “This the service’s first patrol to South America in recent memory, engaging partners including Guyana, Brazil, Uruguay, Argentina, and Portugal.” An observer from the Portuguese navy embarked the cutter for the duration of Operation Southern Cross in the U.S. Southern Command region.

The Coast Guard has counted IIU as the top maritime security threat and its enforcement as an important mission. Cutters support enforcement of international law, tracking illicit activities and patrol established fisheries, usually in concert with regional partners and allies. The largest effort has been in the Pacific, where in 2020 the United States, Canada, China, Japan, Russia and South Korea deployed vessels, aircraft and other assets during Operation Northern Pacific Guard.

In September, Adm. Karl Schultz, the Coast Guard commandant, issued the “IUU Fishing Strategic Outlook,” which he described as its “commitment to leading a global effort to combat illegal exploitation of the ocean’s fish stocks and protect our national interests.” The Coast Guard’s contribution would be threefold: Targeted, intelligence-driven enforcement operations, counter-predatory and irresponsible State behavior, and expanded multilateral fisheries enforcement cooperation.

“Not all maritime nations have the capability to surveil their sovereign waters or the moral conscience to police their fleets; this lack of shared responsibility creates opportunities for exploitation in the form of Illegal, Unreported, and Unregulated (IUU) fishing,” Schultz wrote. “This exploitation erodes both regional and national security, undermines maritime rules-based order, jeopardizes food access and availability, and destroys legitimate economies.

While much attention has been on the Pacific, where U.S. officials say China’s expanding fishing and patrol fleets have flaunted international law and threaten nations’ economic security and sovereignty, similar concerns exist across the Southern Atlantic’s natural resources. Growing concerns over illicit activities in fisheries off South America, including sightings of more Chinese and Asian fishing vessels, has prompted Argentina to purchase new offshore patrol craft for its coast guard.

Stone’s deployment to the southern Atlantic comes as its crew was preparing for the shakedown cruise even as they remained aboard the cutter for a mandatory, pre-sail quarantine.

“It is no easy feat to assemble a crew and ready a cutter for sea – but this crew has had to perform this difficult task while observing protective measures associated with the Coronavirus-19 pandemic,” Capt. Adam Morrison, Stone’s commanding officer, said in a statement. “The crew and I look forward to this historic first voyage, as Stone begins a storied career of service to this nation. While balancing training and qualification requirements, Stone’s crew will engage with partner nations in South America in a like-minded pursuit to curb illegal fishing tactics.”

“I cannot think of a better ending to 2020 than seeing the look of pride on the faces of our shipbuilders as Stone sails away from our shipyard to join the Coast Guard’s cutter fleet,” Ingalls Shipbuilding President Brian Cuccias said in a news release. “Our workforce has provided the Coast Guard with another state-of-the-art, highly capable national security cutter that will work for decades to come to ensure our nation’s maritime safety and security.”

Stone will be commissioned in Charleston, homeport to two other national security cutters, USCGC Hamilton (WMSL-753) and USCGC James (WMSL-754).

The cutter is named for the late Cmdr. Elmer “Archie” Fowler Stone, who in 1917 becane the Coast Guard’s first aviator and, two years later, was one of two pilots who successfully made a transatlantic flight in a Navy seaplane. The 418-foot, 4,500-ton cutter can operate up to 60 days without support.