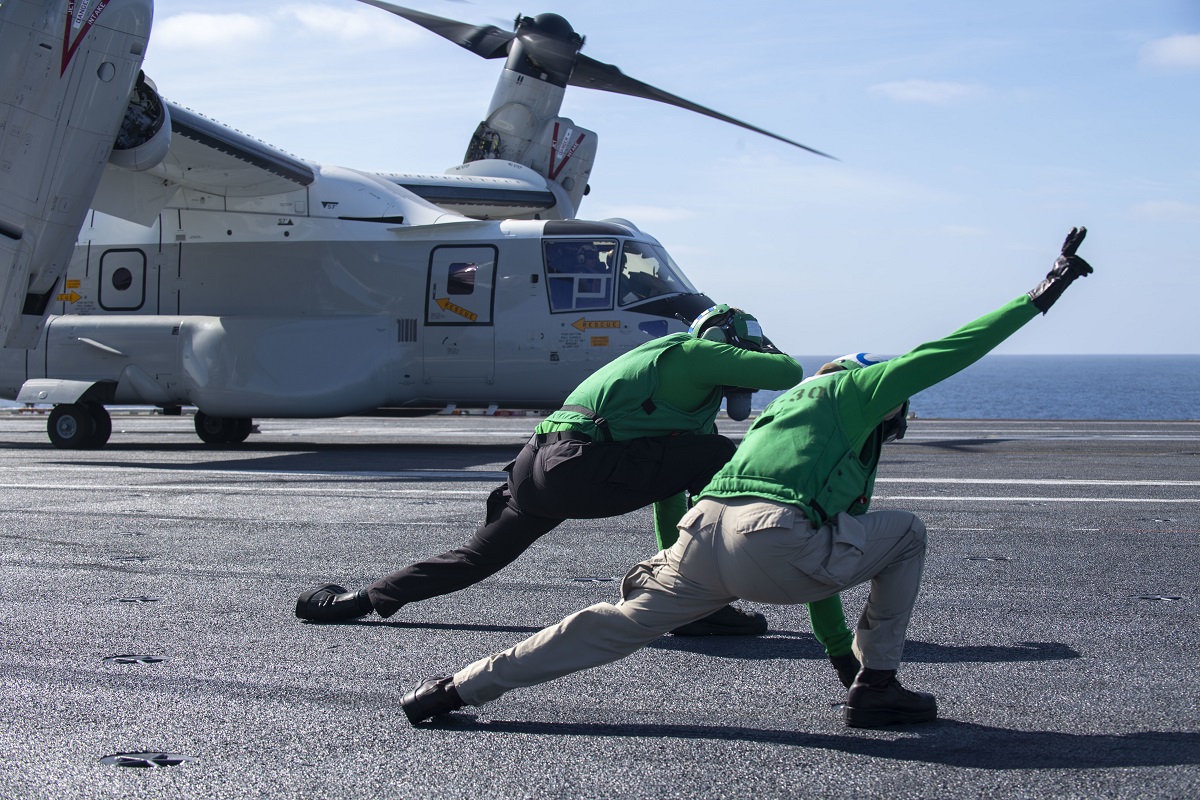 The Navy’s next carrier onboard delivery vehicle touched down on an aircraft carrier for the first time last week, the service announced.

A CMV-22B Osprey, assigned to the “Titans” of Navy’s Fleet Logistics Multi-Mission Squadron (VRM) 30, landed aboard carrier USS Carl Vinson (CVN-70) off the coast of California as part of the ongoing workups to get the new CODs ready in time for a deployment aboard the carrier.

The tilt-rotors are being moved quickly into service to support a squadron of F-35C Lighting II Joint Strike Fighters that will deploy aboard Vinson. The older COD, the C-2A Greyhound, is unable to ferry the larger F-35 engine prompting the Navy to move the new aircraft into service for the upcoming Vinson deployment. The Navy is accelerating the retirement of the Greyhounds with the last of the aircraft leaving the service in 2024.

The first operational aircraft arrived at Naval Air Station North Island, Calif., in June. Ahead of delivery of their own aircraft, pilots and maintainers assigned to the squadron had trained with Marine MV-22Bs.

In 2018, the service awarded a $4.2-billion contract modification to Bell-Boeing for 39 of the tiltrotors. The overall program class for 48 aircraft.

“The CMV-22B will be capable of transporting up to 6,000 pounds of cargo and/or personnel over a 1,150 nautical mile range. This expanded range is due to the addition of two new 60-gallon tanks installed in the wing for an additional 120 gallons of fuel, and the forward sponson tanks were redesigned for additional capacity,” reads a statement from the Navy.
“The CMV-22B variant has a beyond-line-of-sight high-frequency radio, a public address system for passengers, and an improved lighting system for cargo loading.”