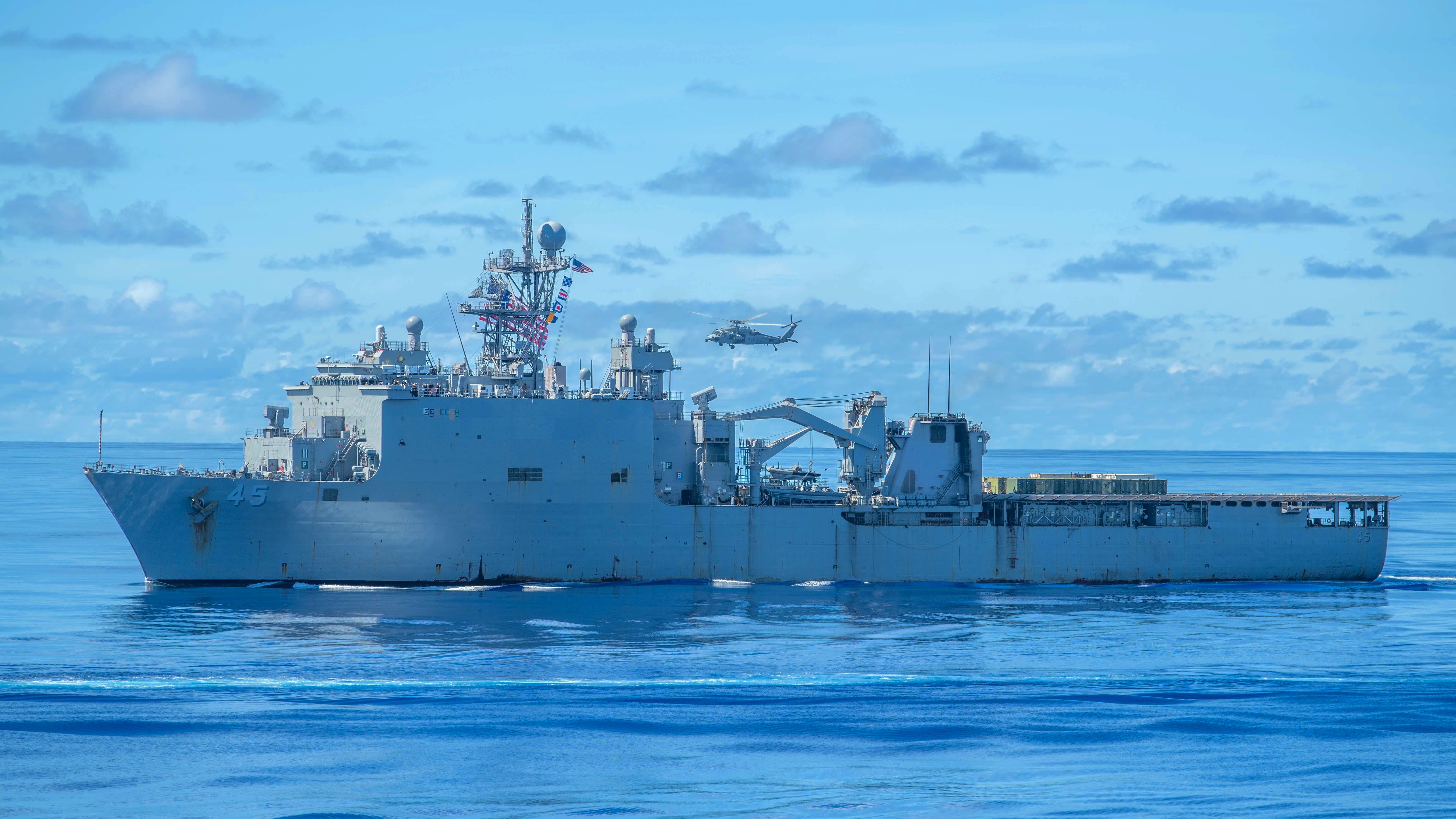 A West Coast amphibious warship transited the Panama Canal on Monday on a mission to support anti-narcotics operations in the Caribbean, Navy officials told USNI News.

USS Comstock (LSD-45) passed through the canal and the ship is planning to take up station off the coast of Honduras, U.S. 4th Fleet spokesperson Cmdr. Kate Meadows told USNI News.

The Whidbey Island-class amphib will provide support for U.S. Southern Command’s Joint Task Force-Bravo based out of the Soto Cano Air Base, Honduras. The task force is in the midst of humanitarian aid and disaster relief for the region following last week’s landfall of Hurricane Iota in Central America.

On Monday, the task force announced it would provide assistance to the aerial relief mission at the request of the Honduran and Guatemalan governments.

“JTF-Bravo’s primary focus for Hurricane Iota relief will focus on the delivery of humanitarian aid to areas of difficult access in the region, working in conjunction with our partners and the U.S. Agency for International Development’s Bureau for Humanitarian Assistance,” according to a Monday statement from the command.
“In support of USAID, JTF-Bravo has flown 24 missions, transporting nearly 47 metric tons of food, water, hygiene kits, and other relief supplies to people affected by the recent storms.”

The San Diego-based warship will serve as a deck for Army UH-60L and HH-60L Blackhawks and CH-47F Chinooks assigned to the 1st Battalion, 228th Aviation Regiment. The amphib has no hangers but can provide limited aviation support capability for the Army helicopters.

In addition to the humanitarian aid support, Comstock is embarked with a Coast Guard law enforcement detachment and will serve as an operational platform for the ongoing SOUTHCOM anti-drug trafficking drive the command began earlier this year.

Since early April, the Navy has surged destroyers and littoral combat ships to U.S. 4th Fleet as part of a White House-led anti-drug trafficking effort in the region.

There have been anywhere from four to seven ships operating in the Caribbean, Gulf of Mexico and the Eastern Pacific since the effort began, according to U.S. Navy data.

Last month, Comstock served as a platform to test deploy Mark VI patrol boats and expeditionary mine countermeasures systems off of Guam.

The amphib deployed with the Makin Island Amphibious Ready Group in 2017 to the Middle East.