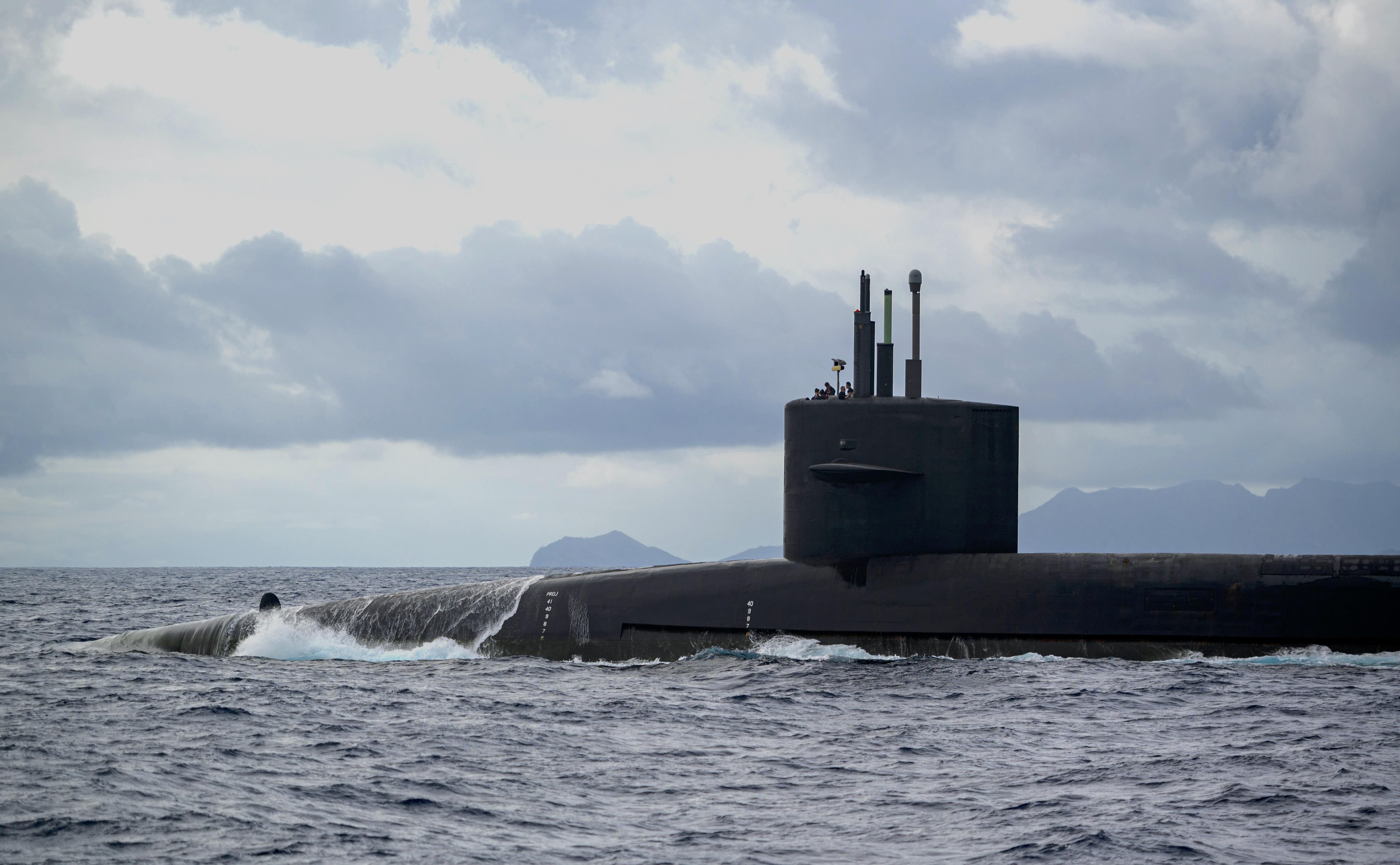 This post has been updated to correct that the future USS Columbia is planned to go on its first deployment in the fall of 2030, or the beginning of Fiscal Year 2031.

The Navy is looking at extending the lives of the Ohio-class ballistic missile submarines again – beyond the now 42-year planned life for the SSBNs – to add a little more capability for combatant commanders and a little more cushion in case of delays fielding their replacement.

The Columbia-class SSBNs are on a tight schedule with absolutely no room for error. Any margin in the timeline was eaten up years ago, as the Navy got off to a slow start on the initial design effort. Today, as detail design wraps up and advance construction and now full construction takes place, there’s no room left for delays or else lead ship Columbia (SSBN-826) will miss its planned October 2030 maiden deployment.

The schedule is tight, and it’s unclear how industry will handle building this new class of submarine – which is about 2.5 times the workload to build compared to the Virginia-class attack submarines – plus two Virginia SSNs and the Virginia Payload Module each year.

Though the Navy is not easing up on the pace of Columbia-class construction activities, two admirals today said at the Naval Submarine League’s annual symposium that the Ohios will be extended by some amount to smooth out that transition.

“We have programs in place to extend the lives of submarines as much as we technically can. We’re already extending the life of the [Ohio] class to over 40 years of service: this is a testament to the way we designed the ship, the toughness that we build into the ship, and to the way the ships were maintained over the lives of these hulls. While it’s not possible to extend the entire class any further, we are looking at individual hulls to see if we can gain additional months or even a few years to allow us to have greater flexibility in meeting [U.S. Strategic Command] requirements as we transition to Columbia,” Adm. Frank Caldwell, the director of the Naval Nuclear Propulsion Program, said in his speech at the conference.

Rear Adm. Ed Anderson, the deputy commander of the undersea warfare directorate at Naval Sea Systems Command (SEA 07), said in his own speech that his office was doing “a lot of really challenging engineering work” to look hull-by-hull and understand how long each of the SSBNs could potentially be extended beyond the 42-year life – which was already extended beyond the originally planned 30 years.

Anderson said his team has been studying the decommissioning Los Angeles-class attack submarines, and “we’re kind of tearing them apart, not to recycle them but to learn them and to figure out where are the highest risks” in terms of material condition of parts and systems at the end of a submarine’s life. That knowledge is contributing to the analysis of the Ohio SSBNs.

“The hull, probably not a big deal. Seawater systems, probably not the biggest deal. Rotating machinery and internal supporting equipment, we’ve got a lot of work to do there. I’ll say our diesels are a key focus there. Batteries are probably pretty well handled,” he said.

With diesel engines being among the most challenging aspects to keeping the boomers in service beyond 42 years, Anderson said there’s already an effort being planned to swap out all the boats’ engines. 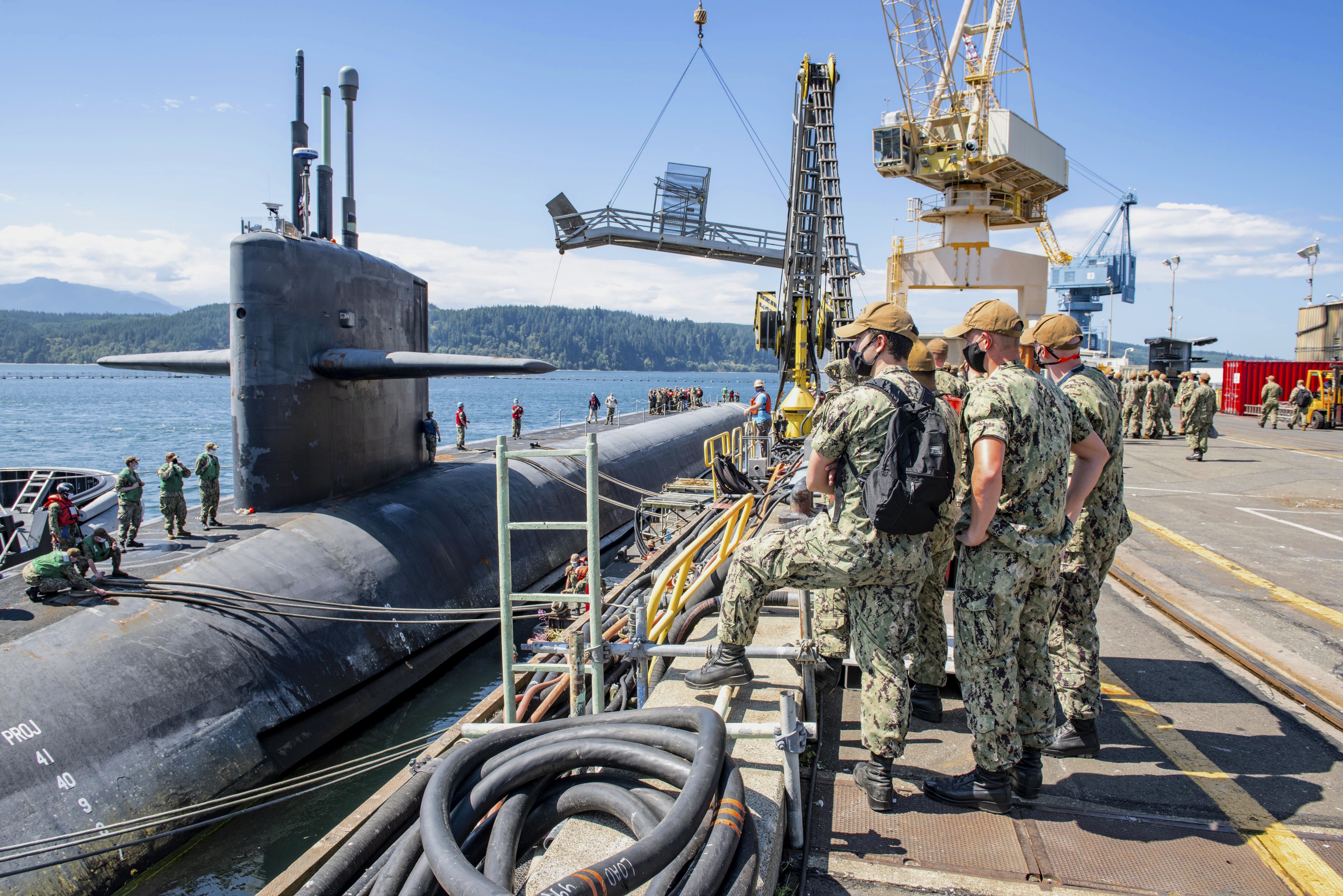 Sailors from the blue crew of the Ohio-class ballistic-missile submarine Henry M. Jackson (SSBN-730) wait pier side as the gold crew secures lines after completing the submarine’s 100th strategic deterrent patrol on Aug. 5, 2020. US NAvy Photo

He said the Navy formed a diesel generator working group a couple years ago, which has learned a lot about the Fairbanks Morse engines.

“We’re doing a renewal of every SSBN diesel engine as every BN comes through its last major availability,” he said, and USS Louisiana (SSBN-743) even received new engines during its recent mid-life refueling.
“And as we refuel the Los Angeles class, we’re going to do the same thing. So this is part of preemptively generating positive [operational availability] for the fleet.”

Caldwell said that, on the other side of the equation, the Navy and industry are taking steps to take risk out of the tight Columbia construction schedule.

“In August we completed full-scale testing of the prototypical Columbia electric drive components. We call it the integrated power system. Think of it in terms of power generation, switchboards, distribution, controllers and a full-size electric motor. During a full-power run, the fully integrated system was operated under the most stressing conditions that we think we would encounter, and I’m proud to say that the system performed flawlessly. It exceeded all of our design expectations,” the admiral said.

He added that the Navy and industry had also already conducted an early setup and qualification of all facilities and equipment needed to build the quad-packs of missile tubes, as well as prototyped the construction of a propulsion lube oil system to prove out digital design and other tools being used for Columbia design and construction.

Caldwell said government-furnished equipment – most importantly, perhaps, the reactor core, steam generators and other large reactor plant components – had been on order since Fiscal Year 2019 and are on pace to deliver to the construction yards early.

Caldwell said the Navy continues to look at additional de-risking activities such as pulling more work into the advance construction phase for the second in the class and beyond, as well as buying additional components early.

On the Los Angeles-class SSNs, Caldwell said in his speech that “we are also progressing on refueling select 688-class submarines. The first will be Cheyenne starting in Fiscal Year ‘22. Specifically, in February ‘22. Currently, there are six 688s which will be refueled. This will help with our upcoming SSN force structure dip and we will extend these boats out for another operating cycle.” 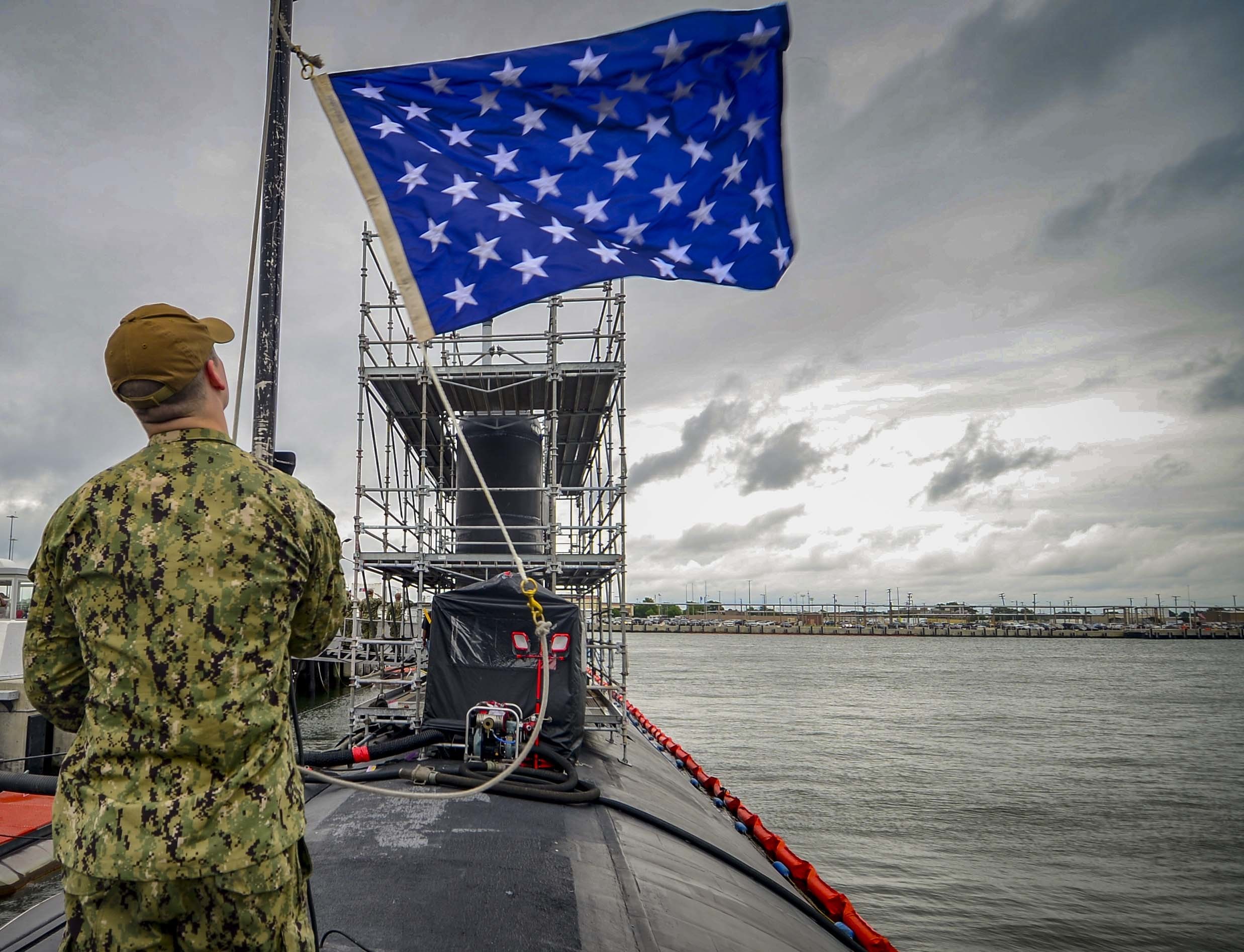 Anderson noted in his speech that “every life-extension we do is a by-hull extension,” so he couldn’t promise up front how much extra service life the Navy would get out of them just yet.

Still, he said, he has charts on his desk that plan for a “nominal 10-year ops cycle. I’m hoping to get more than that – no promises yet – but we’re gathering the data to give the fleet as much time as possible” with these SSNs.

Additionally, he said, though the three Seawolf-class SSNs are just at their mid-life point now, “we’re looking at how to sustain them, how to lengthen them.”

Though the extra service life the Navy is trying to squeeze out of the SSBNs may be of some comfort to those watching the tight Columbia construction, the extra life from the SSNs is meant to boost capacity at a time the submarine force’s inventory of attack subs was set to dip despite combatant commander requests growing ever higher.

Caldwell made clear that industry is being challenged enough as is to build Columbia and two Virginias a year with the VPM addition – and that building more beyond that to grow the force would be a challenge.

He acknowledged the Navy already had delays in submarine maintenance and delays in new submarine construction, and that “all of this has been exacerbated and strained by the COVID pandemic this year.”

In total, he said, six subs were commissioned in the 2000s compared to five to five-and-a-half times as many in earlier decades.

Over this past decade, the Navy has commissioned 14 subs, with some challenges and delays, he said, but “we are in a different place than we were in the ‘80s and ‘90s, when we had substantially more depth in the submarine enterprise. As we downsized our navy and our submarine force, that depth went away. Anyone who has built or maintained submarines understands that we simply don’t throw a switch and create additional industrial and enterprise capacity. Our boats are complex; they include thousands of components. When one material component falls off track or repair effort encounters a technical challenge, it can affect many other paths to completing the deep maintenance or new construction cycle. Today’s reality is this: our shipbuilding team and our vendor base is executing a heavy lift. They are growing their workforce; they are growing their skills and capacity. The average experience level in our yards, both private and public, at the foreman and trade levels is substantially less than what it was a decade or more ago, maybe even half of what it was or less. The depth in our vendor base is much different from the 1980s and the 1990s, when we delivered 30-plus boats in a single decade. Our public shipyards, including our dry docks and repair facilities, need to be recapitalized and modernized, not only to gain efficiency but also to retain the critical ability and the capacity we need to maintain the force. And we are working on all of this.”