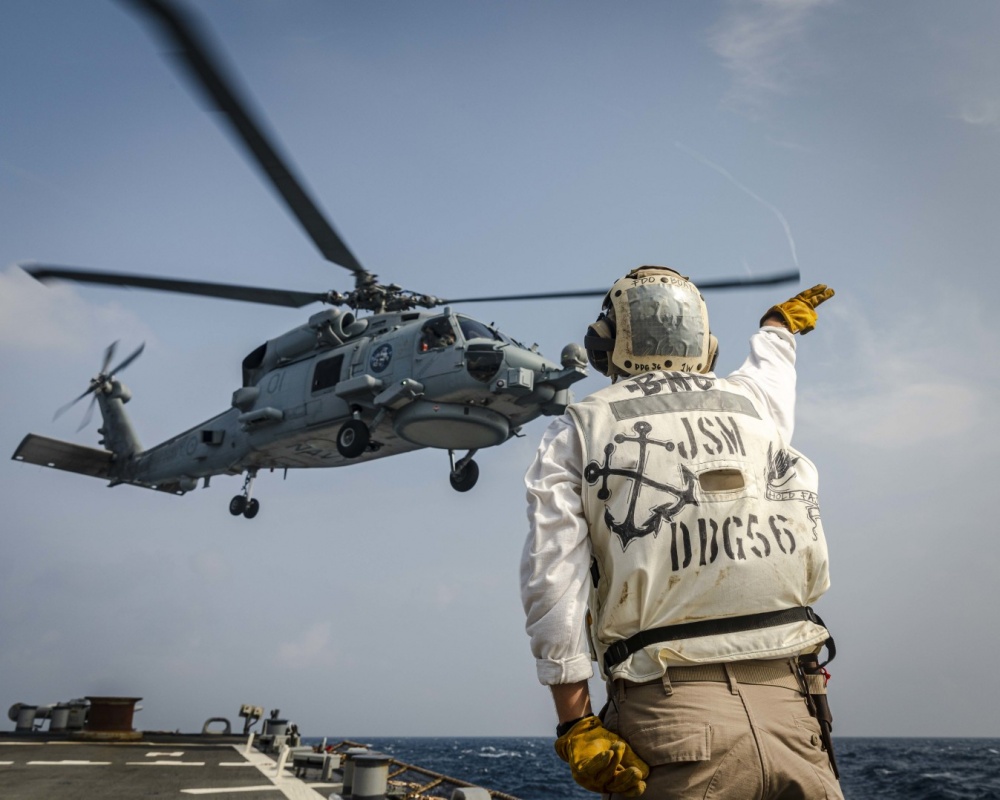 The U.S., Indian, Japanese and Australian navies on Tuesday kicked off the Malabar 2020 naval exercise in the Bay of Bengal, bringing the four nations together for the annual drill for the first time in over a decade.

Arleigh Burke-class destroyer USS John McCain (DDG-56) is partaking in the exercise on behalf of the U.S.

“Malabar provides an opportunity for like-minded navies, sharing a common vision of a more stable, open, and prosperous Indo-Pacific, to operate and train alongside one another,” Cmdr. Ryan Easterday, McCain’s commanding officer, said in a statement. “A collaborative approach toward regional security and stability is important now more than ever, to deter all who challenge a free and open Indo-Pacific.”

Naval ships, aircraft and personnel from Australia, India, Japan, and the United States began exercise Malabar 2020 in the Bay of Bengal, Nov. 3.

USNI News last month reported that Australia would partake in the drills along with India, the U.S. and Japan. The four countries together make up an alliance that has become known as “the Quad.”

Cmdr. Antony Pisani, Ballarat’s commanding officer, noted in a statement that Australia last joined for the exercise in 2007. Shortly after Malabar 2007, Australia veered away from the alliance between the four countries, but in 2017 it again showed interest in joining for the annual drills, according to a report from the Lowy Institute, an Australian think tank. The Indian government announced last month that Australia would participate in this year’s exercise.

“India, Japan, and Australia form the core of our strategic partners across the Indo-Pacific. It is fitting to see our Navies operate in a high end, tactically relevant exercise like Malabar,” Capt. Steven DeMoss, Destroyer Squadron Fifteen’s commodore, said in a statement. “It is another opportunity to further strengthen our combined capabilities and enhance our partnerships.”

U.S. Indo-Pacific Command commander Adm. Phil Davidson at an event last month described the alliance of the four nations as a military, diplomatic and economic hedge against China.

“What those four countries can bring to bear in diplomacy, in economic power, in the sharing of values that underline all the free and open Indo-Pacific visions that each nation has put forward, which are well overlapping, as I mentioned earlier, that’s a great convergence. That’ll actually be the most powerful aspect of it,” Davidson said at the time.