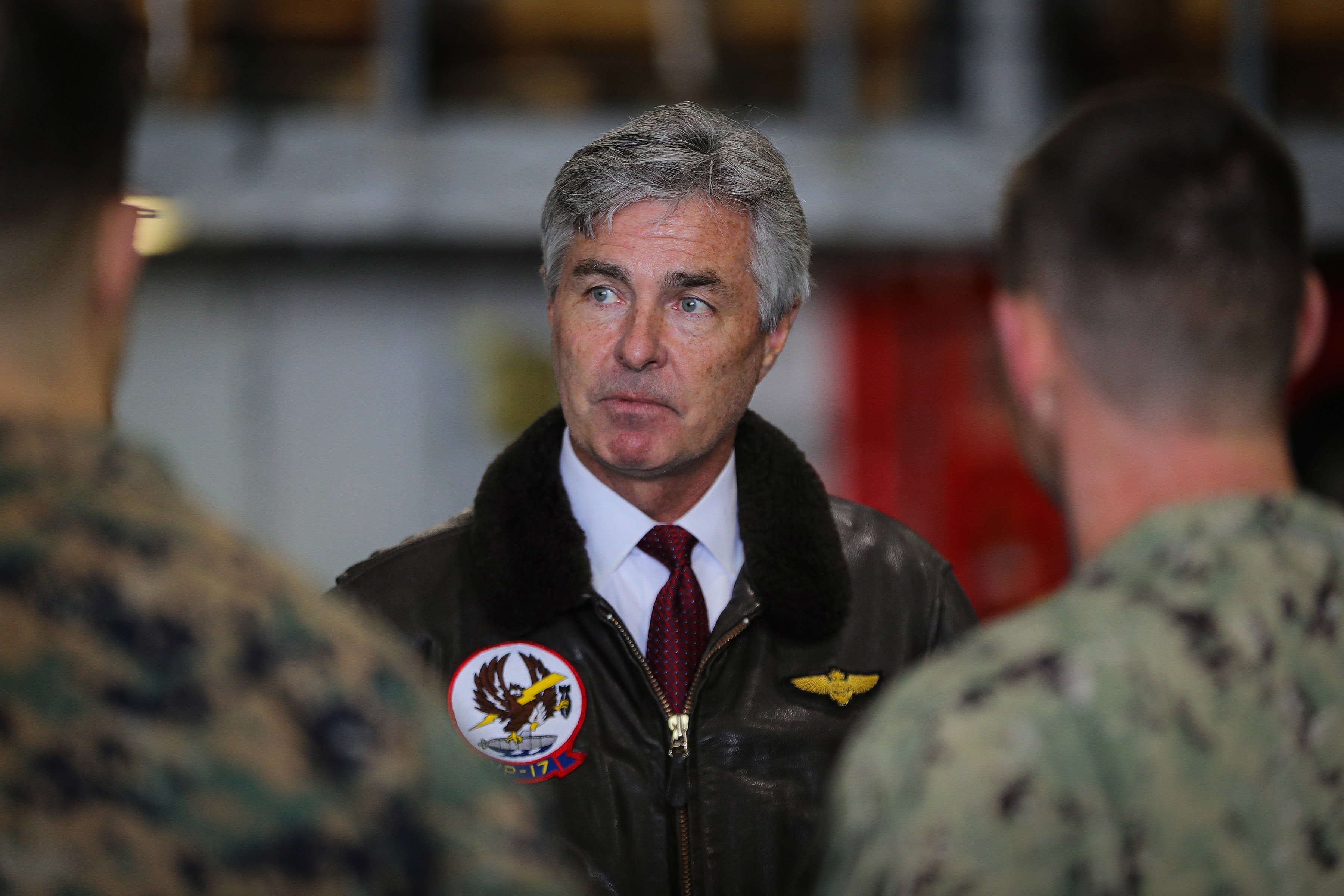 Navy Secretary Kenneth Braithwaite made a full-throated call for U.S. naval expansion, citing the growing Chinese Navy as the prime driver of the need for a larger fleet.

He said that while the U.S. was fighting in Afghanistan and Iraq, Beijing was focused on quietly building its influence with an emphasis on naval forces.

“We then got caught in a war in the Middle East and that took our attention. We took our eyes off the ball, especially in the Navy,” Braithwaite said, speaking at an event at the U.S. Navy Memorial SITREP speaker series.
“We moved into littoral warfare looking for a role for the United States Navy and we forgot about our commitments in deep water and so we’re behind and we’ve got to catch up and we’ve got to catch up fast.”

He offered some additional details on the Pentagon’s Battle Force 2045 plan for the Navy’s future fleet beyond what Defense Secretary Mark Esper sketched out earlier this month. The plan, still on hold by the Office of Management and Budget, calls for a fleet of 500 ships that will include building up to 70 to 80 nuclear attack submarines and anywhere from eight to 11 aircraft carriers.

Braithwaite said that the Navy was set to build additional Constellation-class guided-missile frigates (FFG-62) beyond the 20 the service is slated to purchase.

“We’re looking to build 60 to 70 small surface combatants,” he said.
“These are highly capable, sophisticated weapons platforms, projecting sea power around the globe.”

The last fleet plan in 2016 called for a force of about 50 small surface combatants. Braithwaite also suggested the Navy could use the F-35 Joint Strike Fighter model to export the frigate design abroad.

Additionally, he suggested creating up to six light aircraft carriers that could be used as a platform for unmanned aircraft.

“We won the battle of Atlantic on the backs of CVL light carriers that were able to give us [anti-submarine warfare] advantage over the U-boat threat. When you look, and you think about the threat that emanates from the Atlantic today, it’s a little different,” he said.
“The submarine capability of Russia has gotten more challenging, more concerning. Maybe there’s a way that we can shift and perhaps take some of those strike groups and put them where the threat is.”

Additional Battle Force 2045 specifics, like the number of large guided-missile combatants and the mix of unmanned vessels, are still unknown.

In terms of the ultimate cost of the additional ships, Braithwaite said he had found $48 billion in the Navy budget as an extension of the so-called Navy night court savings drive mounted by former acting Navy Secretary Thomas Modly. Modly set out with the goal to find $40 billion over five years.

Esper said he would push to increase the Navy’s budget if the service could find savings.

“You show me, and I’ll match you two for one or one for one. I mean, literally, he put his money on the table to match mine. Man, I jumped on that like a bee on a pile of honey,” Braithwaite said.

He didn’t outline specifics of the savings, but indicated he was able to find a 10 to 15 percent reduction in operational costs across several sectors in the Navy.

“How much is freedom worth to you?” he said in response to a question from Navy Memorial chief executive retired Rear Adm. Frank Thorpe about the cost. “How do we not afford it? We’re going to have to make some tough choices.”