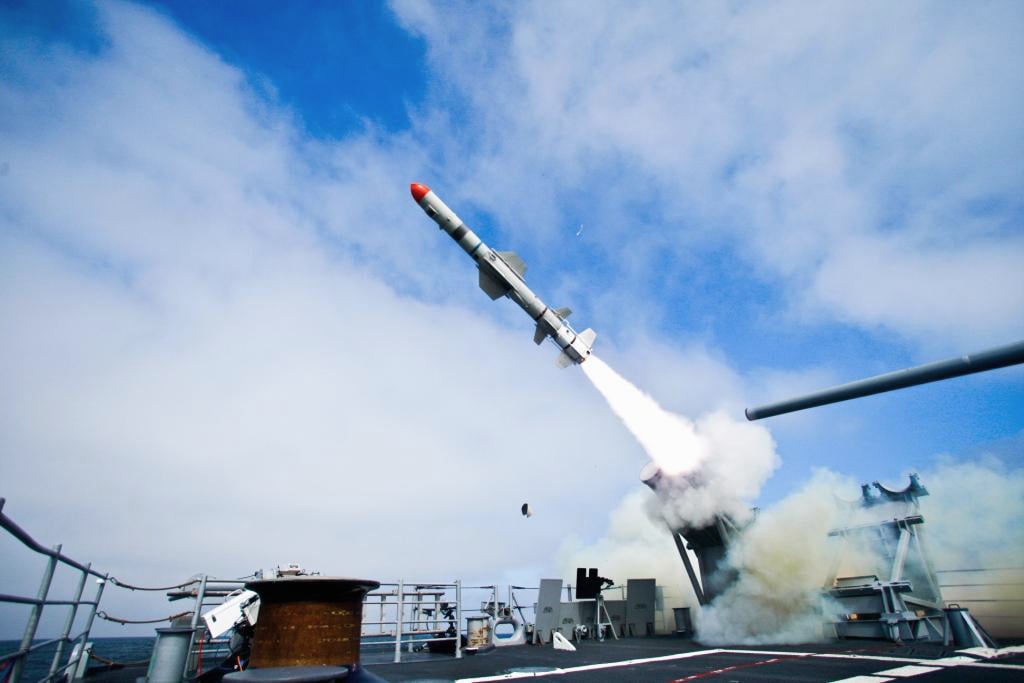 The U.S. State Department has authorized a possible $2.37 billion sale of Harpoon missiles to Taiwan.

The Defense Security Cooperation Agency on Monday announced the authorization and that it had informed lawmakers of the potential sale. The deal, should it go through, could feature as many as 400 Harpoon Block II missiles and 100 Harpoon Coastal Defense Systems, according to a DSCA news release.

“This proposed sale will improve the recipient’s capability to meet current and future threats by providing a flexible solution to augment existing surface and air defenses,” the release reads.

“The recipient will be able to employ a highly reliable and effective system to counter or deter maritime aggressions, coastal blockades, and amphibious assaults. This capability will easily integrate into existing force infrastructure. The recipient will have no difficulty absorbing these systems into its armed forces,” it continues.

The announcement of the prospective sale comes on the same day that China said it will sanction several American defense contractors due to possible weapons deals with Taiwan.

Boeing builds the Harpoon missiles that Taiwan is seeking in the potential foreign military sale that DSCA informed lawmakers of today.

China disclosed its plans for the sanctions on the same day the U.S. and Japan started a military exercise in the Pacific. The biennial Keen Sword 21 exercise will continue until Nov. 5 in Japan, nearby waters and the island of Okinawa, according to a Navy news release.

“Units from the U.S. military and their JSDF counterparts will train in a comprehensive scenario designed to exercise the critical capabilities required to support the defense of Japan and respond to a crisis or contingency in the Indo-Pacific region,” the service continued.