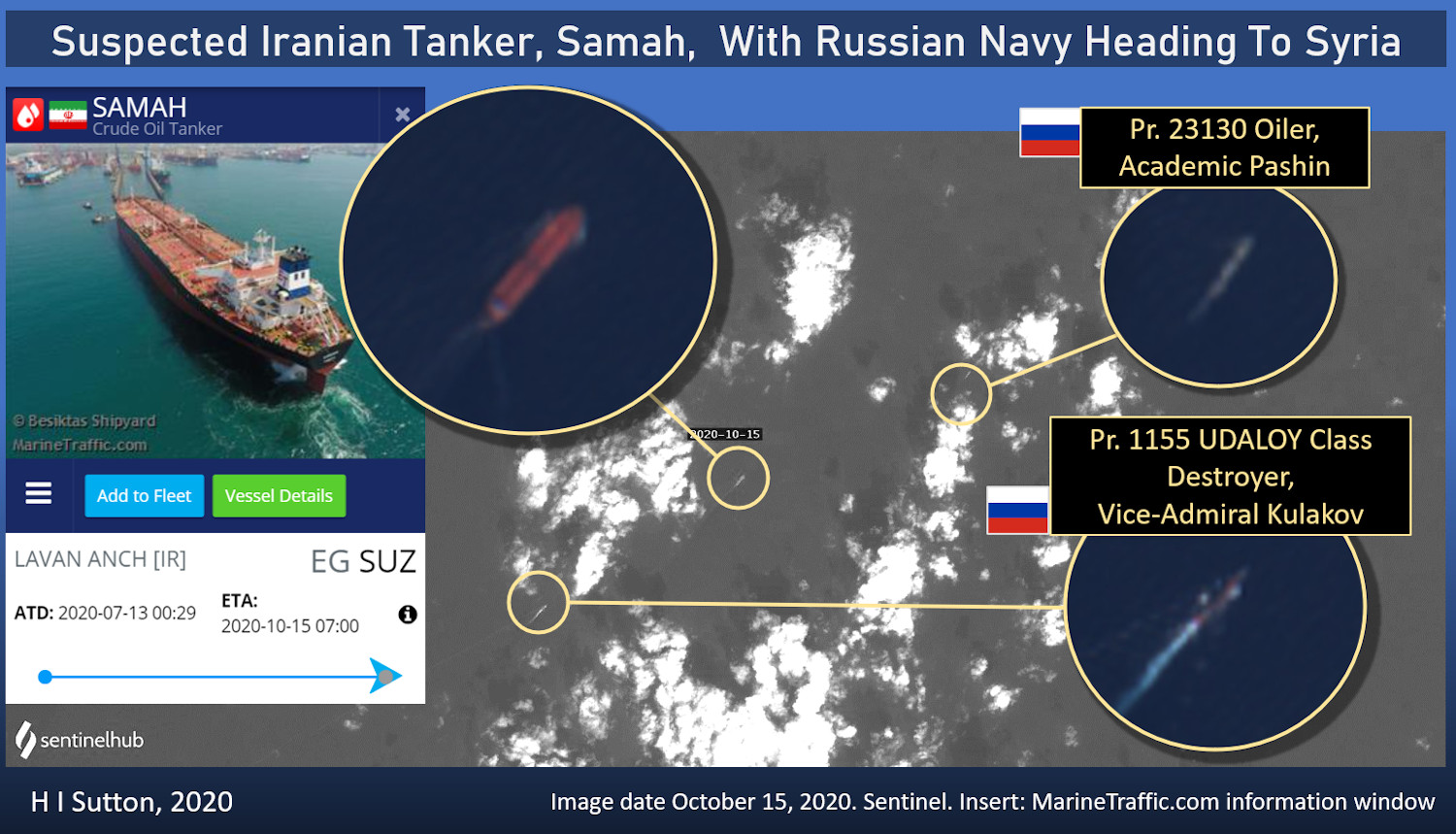 Last week, the Iranian-flagged oil tanker Samah entered the Mediterranean Sea via the Suez Canal. After a few miles, the 900-foot-long ship stopped reporting its position and destination. Evidence suggests the ship sailed to Syria, escorted by two Russian Navy ships, including a destroyer.

Russia’s role in protecting the shipment may change the dynamics in the Eastern Mediterranean. In the past, Iranian tankers sailing to Syria have been intercepted by the U.K. Royal Navy. The Russian Navy escort could be viewed as a precautionary step, raising the political and military risks of any intervention by the Royal Navy or others.

Last July, an Iranian tanker destined for Syria, Adrian Darya-1, was seized by U.K. Royal Marines off Gibraltar. The British accused Iran of supplying Syria with oil in contravention of European Union sanctions. Iran quickly seized a British-flagged tanker in a likely retaliatory move. Eventually, in September, Adrian Darya-1 was released by a local court with the assurance that it would not deliver its oil to Syria – but days later, it transshipped its oil in Syrian waters. 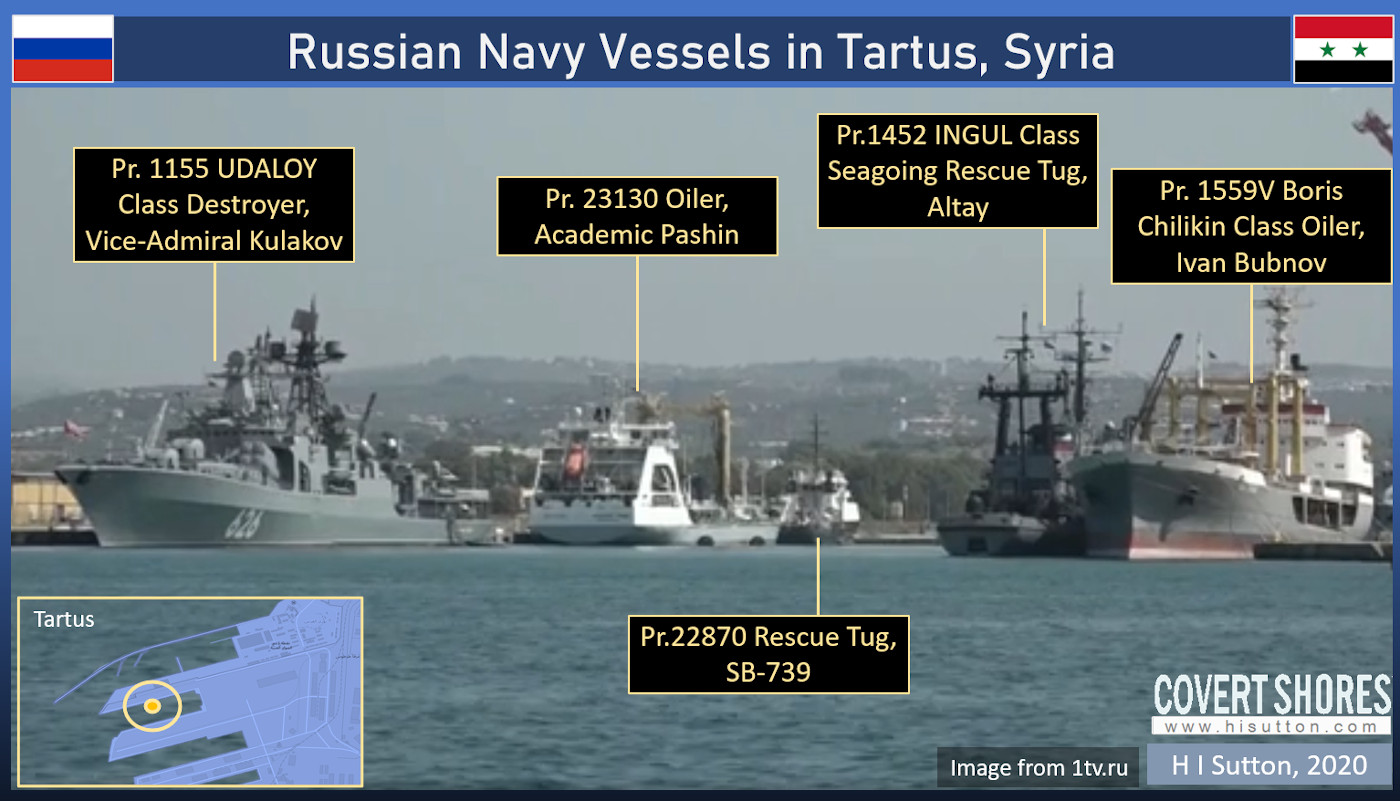 Samah has taken the shorter Suez Canal route, avoiding the Strait of Gibraltar. According to data provided by MarineTraffic.com, after exiting the Suez Canal Samah disappeared from automated identification system tracking. AIS is a system used to alert ships of each other’s presence and is required to be used by ships of this size. Other ships in the vicinity remained visible on AIS, which implies that Samah deliberately stopped broadcasting. This is termed going “dark.”

At the same time, the Russian Navy ship Akademik Pashin was heading south from the Syrian Coast toward the Suez. The two ships likely met on Oct. 14, since the next day they were seen together by a passing commercial satellite, heading north towards Syria.

Accompanying them was a warship, believed to be the Udaloy-class destroyer Vice Admiral Kulakov. They were seen traveling in loose formation, with Akademiks Pashin leading the way and the destroyer in rear guard, according to open-source intelligence analyst Frank Bottema. 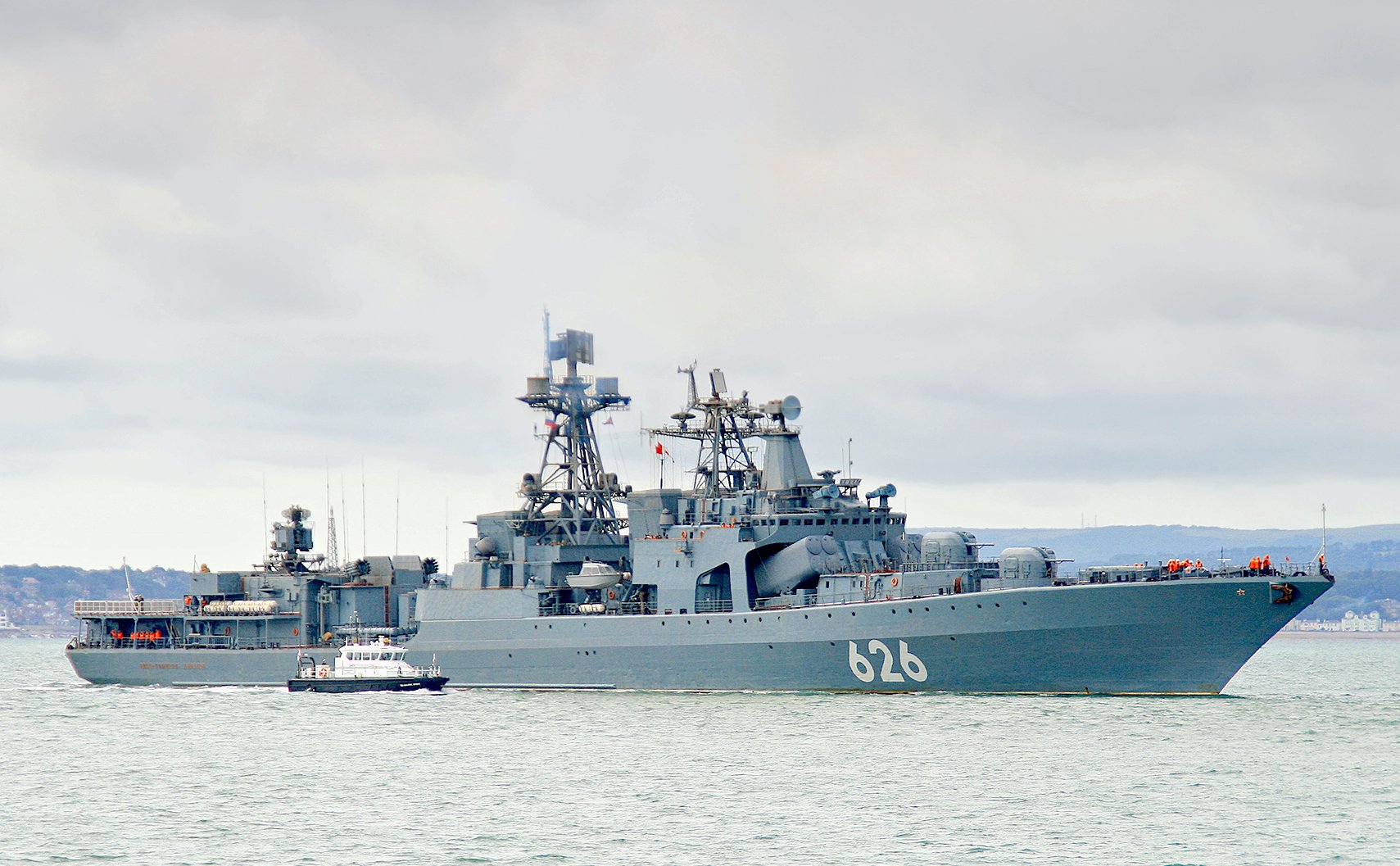 By the morning of Oct. 17, a tanker resembling Samah was anchored off the Baniyas oil terminal in Syria. Meanwhile, Akademik Pashin was sailing west toward Greece.

The Russian Navy has hinted it would be more active in escorting merchant ships in the region. After the Iranian delivery, the Russian Navy has publicized an exercise off Syria, meant to protect “smooth passage of civilian ships.” A simulated attack by a submarine was dealt with by Vice Admiral Kulakov, which may be intended to send a message to allies and potential adversaries alike that Russia will actively prevent any interference with the Iranian shipments.

Russia now maintains a permanent squadron in the Mediterranean, based in Tartus, Syria. This includes submarines and large warships. If Moscow decides the Iran-Syria oil run is now a regular mission for the Russian Navy, it’s set to complicate enforcement of international sanctions which could otherwise shut down one of the Syrian regime’s vital lifelines.