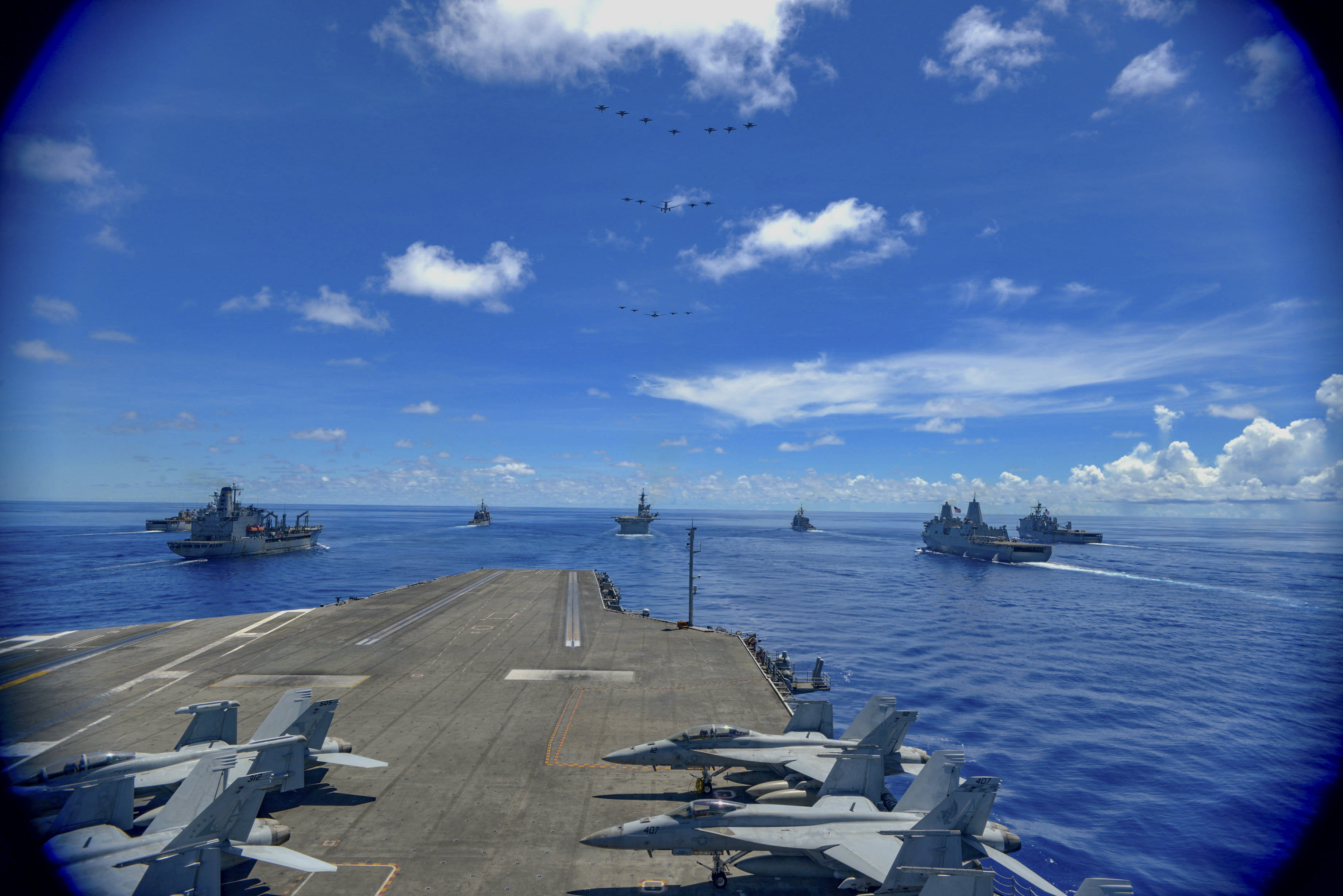 The Ronald Regan Carrier Strike Group is now operating in the South China Sea for the third time as part of its current underway period. Meanwhile, a destroyer made a transit of the Taiwan Strait on Wednesday.

USS Ronald Reagan (CVN-76) and its strike group passed through the Strait of Malacca and entered the South China Sea on Monday, according to ship spotters. Accompanying the carrier was guided-missile cruiser USS Antietam (CG-54) and destroyer USS Halsey (DDG-97).

“While in the South China Sea, the strike group is conducting maritime security operations, which include flight operations with fixed and rotary wing aircraft, maritime strike exercises, and coordinated tactical training between surface and air units,” read a statement from U.S. 7th Fleet.

Prior to arriving in the South China Sea, Reagan was operating in the Indian Ocean before returning through the strait. The strike group had previously operated in the region in mid-August. Reagan embarked with Carrier Air Wing 5 in June from its homeport in Yokosuka, Japan. 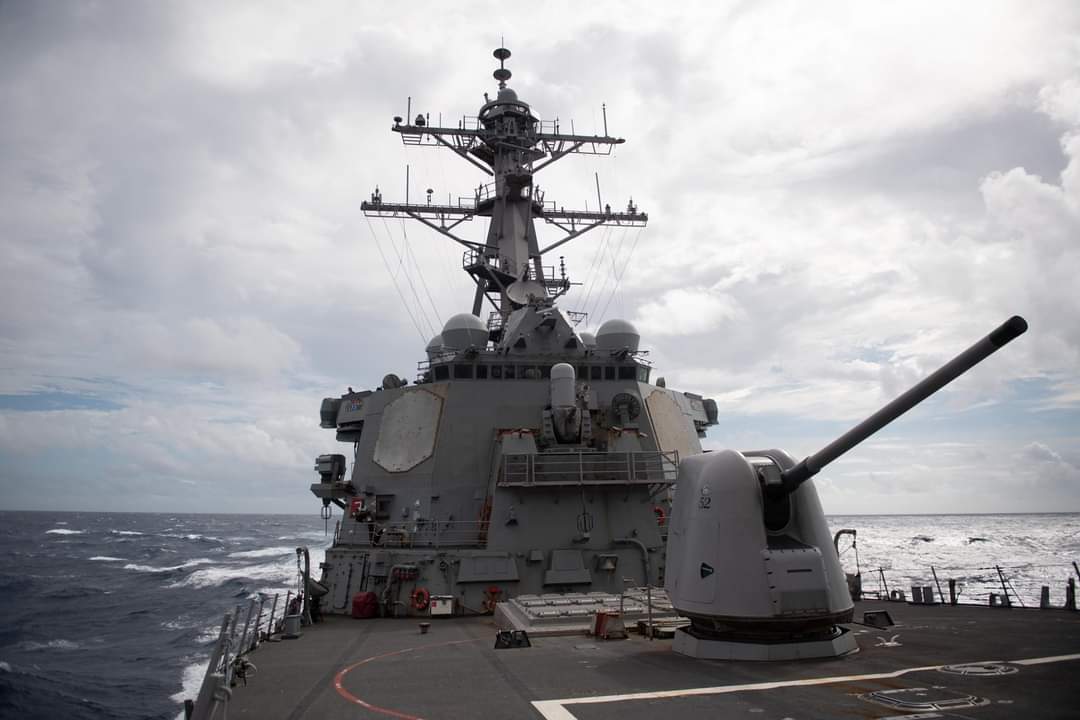 USS Barry (DDG-52) passed through the strait on Wednesday, a first for a U.S. warship since Aug. 31. “The ship’s transit through the Taiwan Strait demonstrates the U.S. commitment to a free and open Indo-Pacific,” read the statement.

According to Beijing, Chinese forces monitored the U.S. destroyer during its transit.

“We warn the U.S. to stop its words and deeds that provoke trouble and disturb the situation in the Taiwan Strait,” military spokesman Col. Zhang Chunhui said on Thursday.

The destroyer’s transit and Reagan’s follow a freedom of navigation operation by USS John McCain (DDG-56) off the Paracel Islands earlier this month. Chinese officials protested McCain’s transit past the islands at the time.

“We demand the U.S. immediately stop such provocative actions, (and) strictly control and restrict military operations in the sea and air,” the People’s Liberation Army said in a statement, according to Reuters.