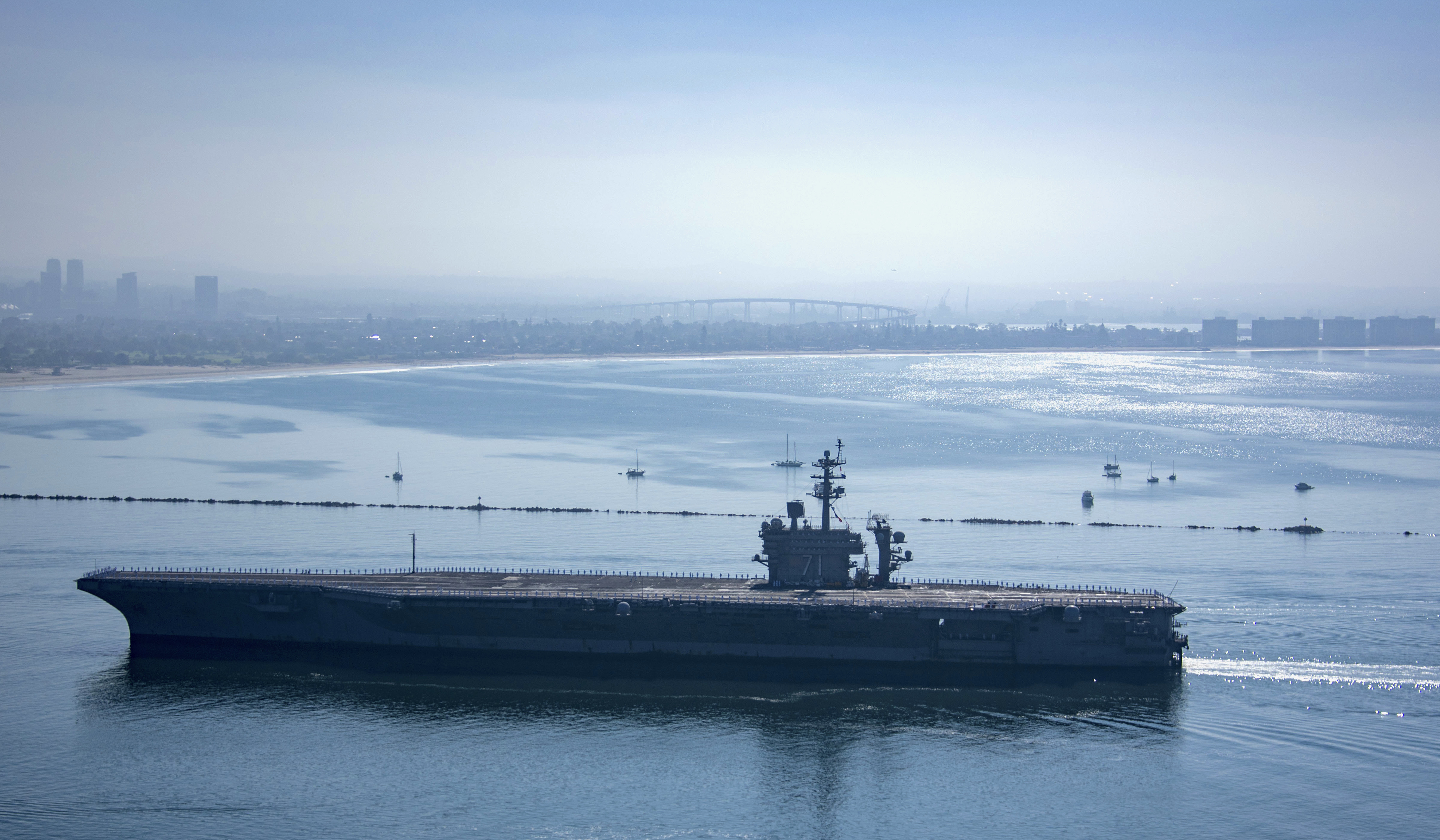 This post has been updated to include the identity of the sailor who died.

The Naval Criminal Investigative Service is investigating the death of a sailor who allegedly shot himself Tuesday morning while on security duty at Naval Air Station North Island, Calif., USNI News has learned.

The carrier later identified the sailor as Seaman Isaiah Peralta in an Oct. 15 post on the ship’s Facebook page.

The incident happened at about 8 a.m. local time at the Coronado Island base. Peralta was taken by ambulance to the University of California-San Diego Medical Center’s Trauma Center and was later pronounced dead at the hospital, Delarosa said.

“The circumstances of this incident are under investigation” by NCIS, he said.

The Navy did not immediately release the name of the sailor, pending next-of-kin notifications, Delarosa said. Though the ship identified Peralta via social media, the Navy has not yet released further information about the sailor and his Navy career.

The shooting happened on the same day Theodore Roosevelt left North Island for routine sustainment training off Southern California ahead of another deployment in the next several months. The carrier had returned to San Diego in early July after its western Pacific deployment that began in January and was interrupted in March by a COVID-19 outbreak.