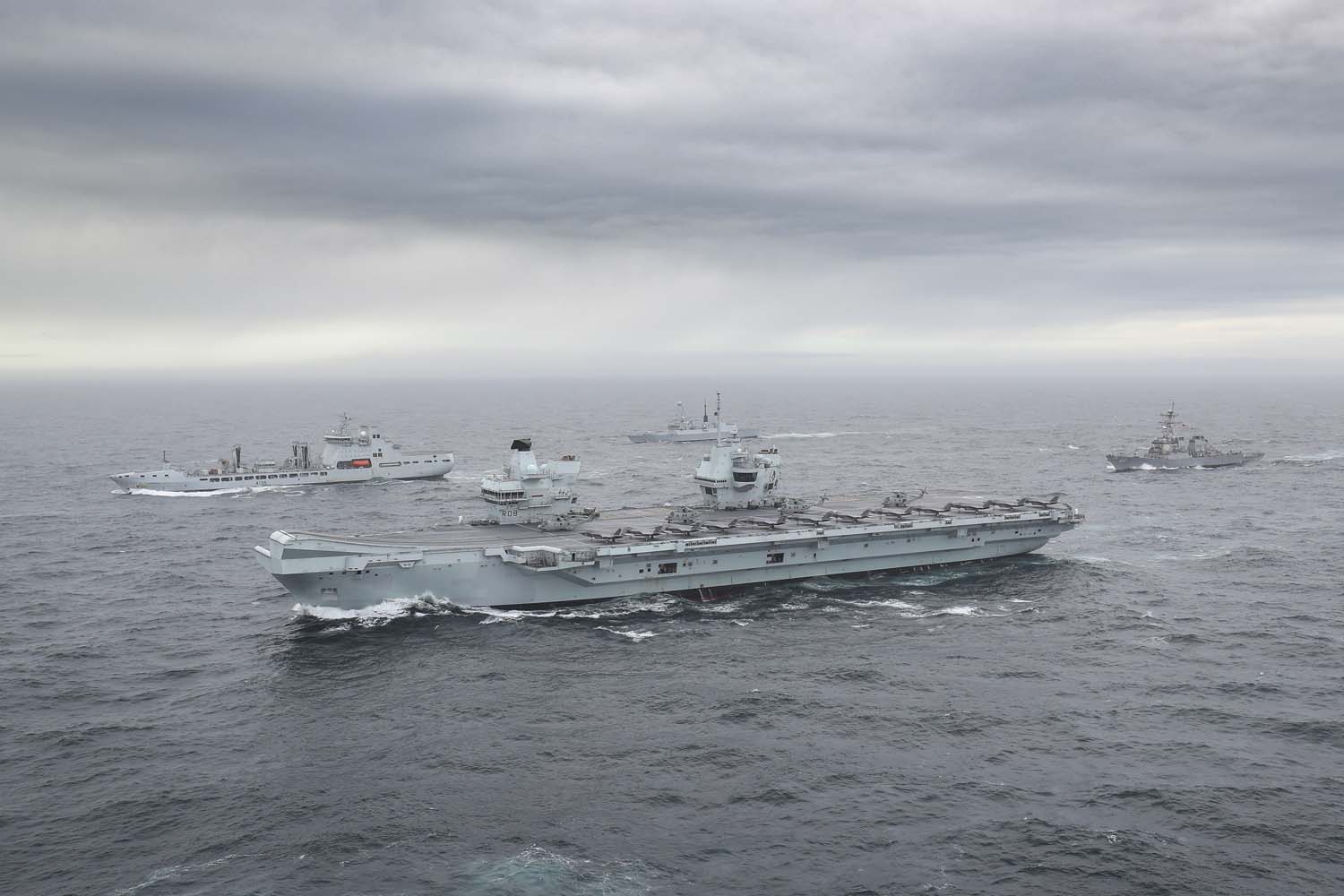 The U.K. Royal Navy has assembled its largest carrier strike group in almost 40 years, the service announced on Monday.

HMS Queen Elizabeth (R08) assembled in the North Atlantic with a mix of U.K., American and Dutch warships as the Royal Navy prepared to for the first deployment of its new carrier force.

Embarked with 15 F-35B Lighting II Joint Strike Fighters – 10 from the “Wake Island Avengers” of Marine Fighter Attack Squadron (VMFA) 211 and five from the Royal Air Force’s 617 Squadron “The Dambusters” – assembled as a strike group in the North Sea. A U.S. Marine detachment from the 2nd Air Naval Gunfire Liaison Company is also aboard Queen Elizabeth.

“Carrier strike offers Britain choice and flexibility on the global stage; it reassures our friends and allies and presents a powerful deterrent to would-be adversaries,” Commodore Steve Moorhouse, commander of the U.K. Carrier Strike Group, said in the Monday statement.

“Protected by a ring of advanced destroyers, frigates, helicopters and submarines, and equipped with fifth generation fighters, HMS Queen Elizabeth is able to strike from the sea at a time and place of our choosing,” he added.

The assembly of ships comes ahead of the U.K.-led Joint Warrior NATO exercise in the Atlantic. A total of 28 ships are set to exercise.