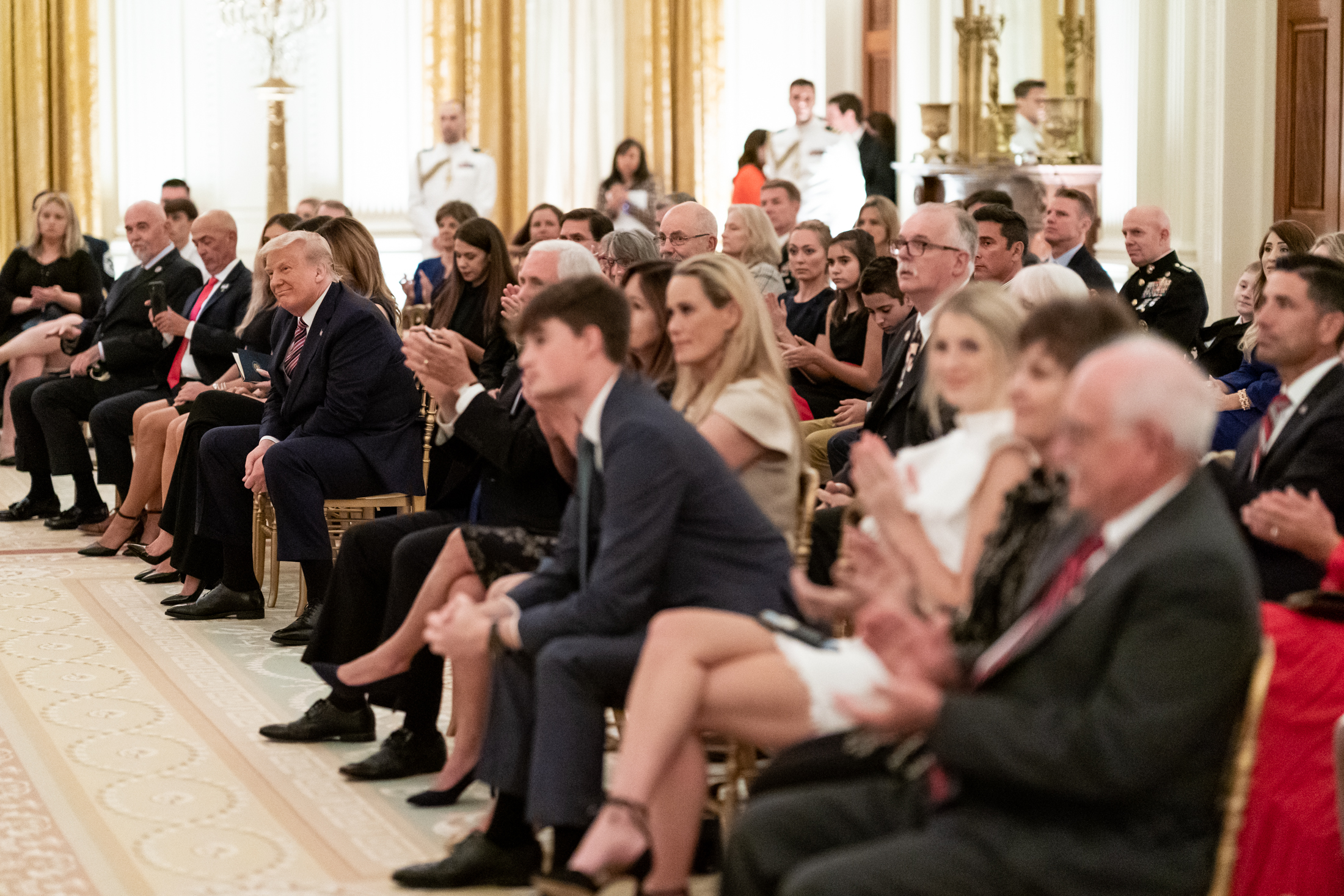 This post has been updated with new information about the timing of Gen. David Berger’s COVID-19 test and travel.

The Marine Corps’s top uniformed officer tested negative for coronavirus after attending an event at the White House earlier this week, according to a spokesman.

Marine Corps Commandant Gen. David Berger has tested negative for coronavirus multiple times in the last week, the commandant’s spokesman told USNI News. Berger appeared at the White House on Sunday for a Gold Star event. President Trump, who was also at the event, has since tested positive for COVID-19.

“General Berger continues to remain vigilant in mitigating the spread of the virus both for himself and the entire Marine Corps,” Maj. Eric Flanagan said in a statement.

Berger is currently traveling and in the United Kingdom, Flanagan said.

Great engagement today with our Royal Marine partners at their Commando Training Center. Important to invest in quality training to be able to compete at the highest levels. From one Marine to another, Semper Fidelis.@MajGenHolmes @HMSQNLZ pic.twitter.com/FIrwzI290h

Chief of Naval Operations Adm. Mike Gilday has not seen President Trump since August, but did recently have a negative COVID-19 test, Gilday’s spokesman told USNI News. Gilday went back to work at the Pentagon on Monday after having heart surgery in late August.

Navy Secretary Kenneth Braithwaite did not attend the Gold Star event at the White House, but tested negative for COVID-19 ahead of a trip this week to the United Kingdom, in accordance with travel protocols, Braithwaite’s spokesman told USNI News.

Pentagon spokesman Jonathan Hoffman said Defense Secretary Mark Esper and Joint Chiefs of Staff chairman Gen. Mark Milley have both had negative coronavirus tests this week. Milley and Esper were also both at the White House on Sunday for the ceremony, which was the last time the two spent time with Trump, according to Hoffman. Esper is traveling in Africa this week.

“In preparation for and as part of his international travel, Secretary Esper tested negative for COVID on Monday and Wednesday of this week,” Hoffman said in a statement. “Today he will be tested again as planned for continuation of his travel. He will not be returning to the US early. The Chairman was tested this morning and was negative.”

Trump announced early this morning on Twitter that both he and First Lady Melania Trump contracted COVID-19, news that followed White House advisor Hope Hicks testing positive for the virus.

“Tonight, [the First Lady] and I tested positive for COVID-19. We will begin our quarantine and recovery process immediately. We will get through this TOGETHER!” the president tweeted.