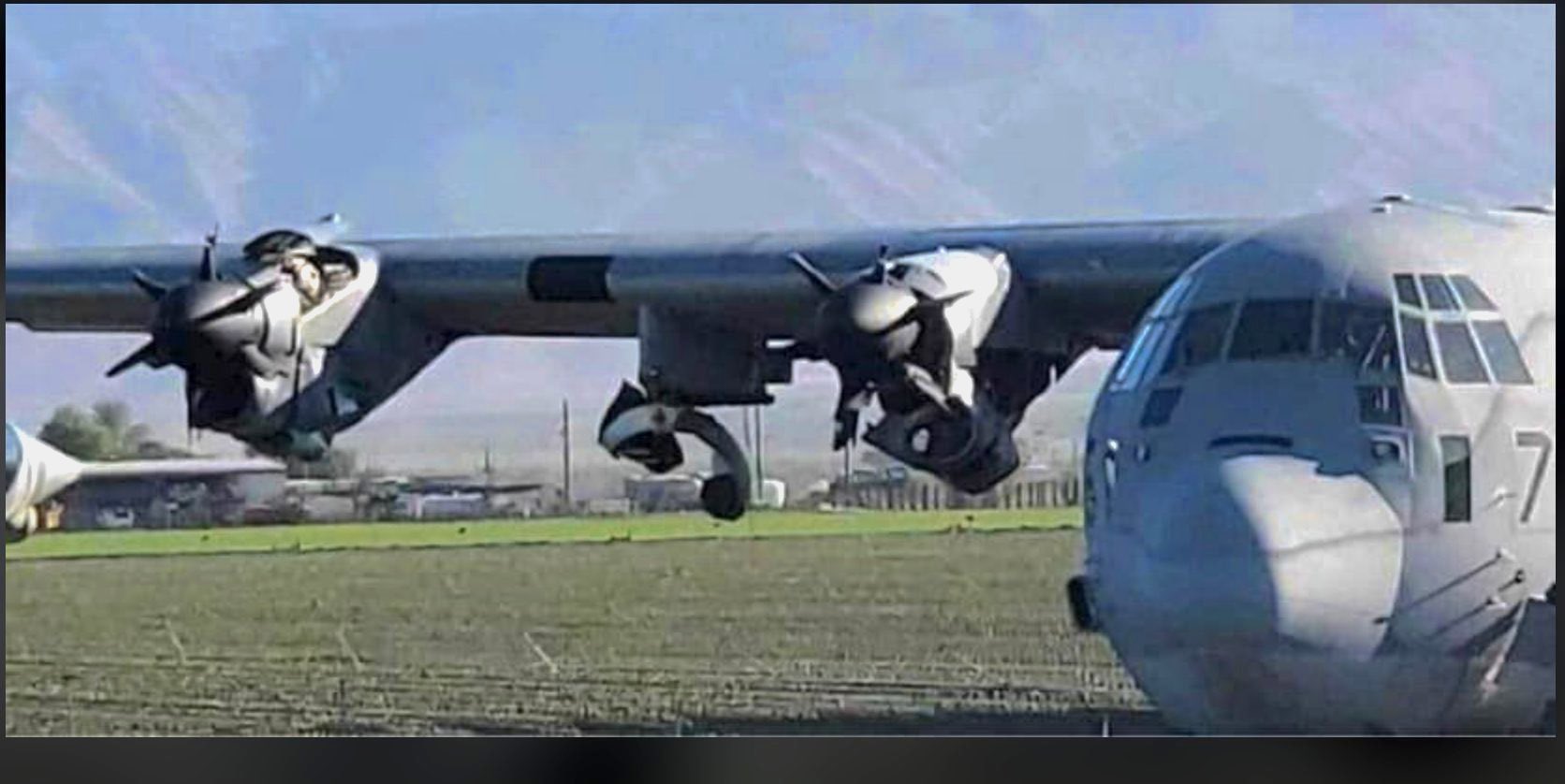 The Marine Corps has released new information about its F-35B Lightning II Joint Strike Fighter that crashed earlier this week after a mid-air collision with a KC-130J tanker.

The F-35B, which crashed close to Ocotillo Wells, Calif., was assigned to the ‘Green Knights’ of Marine Fighter Attack Squadron (VMFA) 121, a Marine Corps spokeswoman told USNI News. The KC-130J that made an emergency landing is assigned to the “Raiders” of Marine Aerial Refueler Transport Squadron (VMGR) 352.

The crash took place Tuesday late afternoon in Southern California when the KC-130J tanker was conducting a mid-air refueling of the F-35B.

“The KC-130J and F-35B were taking part in Weapons and Tactics Instructor (WTI) course 1-21,” the spokeswoman said. “WTI is a seven-week training event hosted by Marine Aviation Weapons and Tactics Squadron One, which emphasizes operational integration of Marine Corps aviation in support of a Marine Air-Ground Task Force.”

The F-35B pilot safely ejected from the aircraft and the KC-130J made an emergency landing near Thermal, Calif., according to the service. The Marine Corps said the individuals went back to their respective units after receiving medical assessments. The service has launched an investigation into the collision.

Audio recordings also reveal the conversation between the KC-130J pilot and air traffic control as the pilot made the emergency landing after the collision. New images reveal extensive damage to the KC-130J’s engines on the right-wing and the remnants of a refueling pod.

The audio, which emerged online, includes the KC-130J pilot informing air traffic control that the tanker lost two engines after colliding with another aircraft, which was the F-35B.

“LA Center, LA Center — Raider 50 — declare an emergency. Mid-air collision with VOLT-93. We have two engines out. We’re leaking fuel and might be on fire and an emergency descent at this time. Raider 50,” the KC-130J pilot says in the recording.

Another recording includes a separate conversation between air traffic control and an American Airlines pilot who saw flames from the incident.

“We’re going to report that there was some sort of flares — some sort of pyrotechnic device — at our two o’clock position, less than ten nautical miles, maybe five miles away, at an altitude of probably 25,000 feet,” the pilot says.

The American Airlines pilot said he could also see a “plume” of smoke on the ground, presumably from where the F-35B crashed.