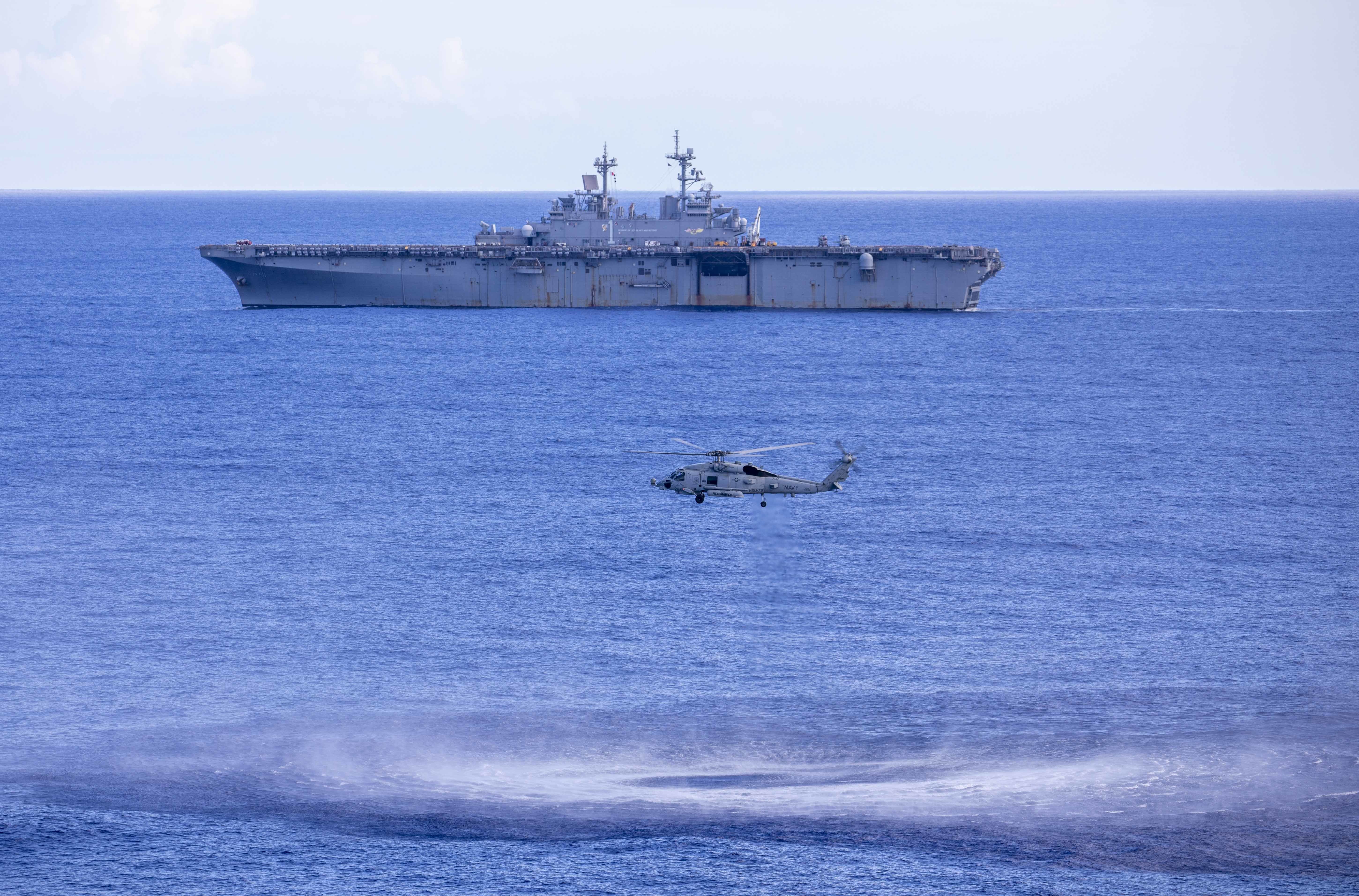 The Navy is expanding how it coordinates anti-submarine warfare missions in an exercise the service began in the Atlantic last week, as Russia continues to have a more active presence in waters off the U.S. coast.
Now that the Navy’s recently reactivated U.S. 2nd Fleet is fully operational, the service is using the command structure that organization allows to sharpen its anti-submarine warfare skillset this week in Exercise Black Widow 2020 in the North Atlantic.

The exercise, which began last week, will concentrate on undersea warfare drills to practice potential combat scenarios and work on communications, the Navy said.

While Navy officials declined to comment on whether they’ve encountered any Russian presence during the exercise so far, during a call with reporters today they stressed the need to pay attention to the undersea threat in the nearby waters in the North Atlantic and off the East Coast.

“It’s pretty well-known now that our homeland is no longer a sanctuary. And so we have to be prepared here to conduct high-end combat operations in local waters, just like we do abroad now, because of the threats and just through these nuclear-powered ships that can travel great distances on the water, nothing’s a sanctuary any longer. So that’s part of why we have to be so ready,” said Vice Adm. Daryl Caudle, the service’s commander of Submarine Forces Atlantic.

Navy officials said that the exercise will allow 2nd Fleet to experiment with and better understand its command and control structure.

“Because I have 2nd Fleet now here stood up and a true fleet commander, with a theater undersea warfighting commander working for him, now this is truly – it really is a rehearsal,” Caudle said. “So the submarines and surface ships that are involved in this exercise are in a command and control structure that would be identical that if they were deployed to 6th Fleet.”

Submarine Group 2, led by Commander Rear Adm. Jim Waters, was also recently reactivated as the U.S. recalculated its strategy due to the Russian undersea threat.

“This is where the fight is – where the competition is – that we’ve got to maintain our positional advantage over the adversary, specifically in the Atlantic the undersea capability of the Russians,” Lewis said.

While the exercise includes systems testing, Cardle pointed out that Black Widow also allows the Navy to do command and control testing now that Waters has platforms under his purview that would typically fall under a carrier strike group.

“Part of Black Widow and what makes it different . . . is we are not only testing new capabilities — which means the actual gadgets, devices, sensors, those types of things — along with tactics, techniques and procedures that undersea warfare development center is trying to test,” Caudle said. “But we’re also testing that command and control structure and making sure that Jim Waters can actually bring those forces to bear on the scenario under the command of Admiral Lewis.”

Helicopters from the “Grandmasters” Helicopter Maritime Strike Squadron (HSM) 46, the “Proud Warriors” of HSM 72 and aircraft assigned to Patrol and Reconnaissance Wing (CPRW) 11 are also participating.

Lewis declined to say whether they are employing unmanned systems for the Black Widow exercise, but said undersea warfare will include both manned and unmanned platforms in future operations.

“The future of undersea warfare, as well as a lot of other warfare, is in the combination of unmanned and manned and the integration of those,” Lewis said.