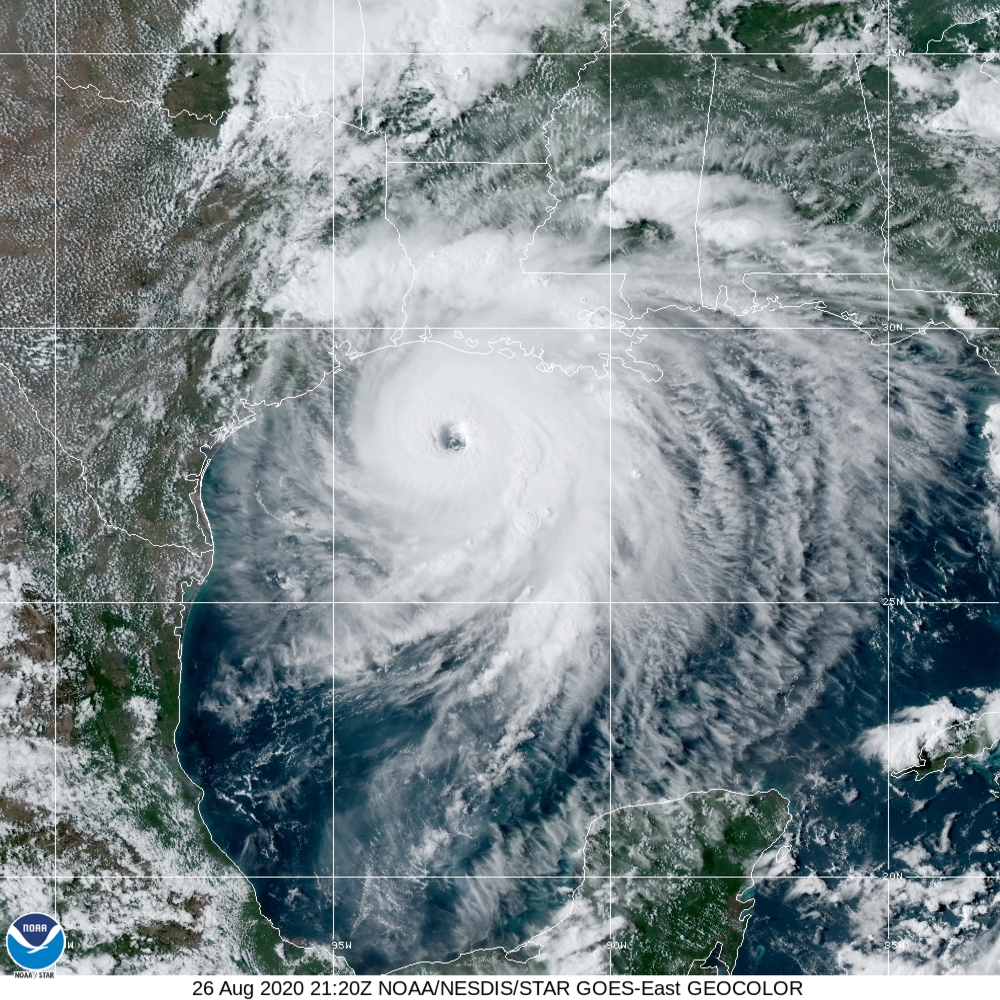 The Navy and National Guard units in Texas and Louisiana are tracking the progress of Hurricane Laura as it moves north across the Gulf of Mexico toward an expected landfall early Thursday morning.

At its current track, Laura is headed for landfall in the vicinity of Lake Charles, La., according to data from the National Weather Service.

“The Navy continues to monitor the track of Hurricane Laura and is making final preparations at Gulf Coast installations for the onset of heavy weather conditions,” U.S. Fleet Forces spokesman Lt. Cmdr. Rob Myers told USNI News on Wednesday.
“No ships were required to sortie as a result of the pending storm and any naval aircraft in the Gulf Coast have been secured in hangars.”

Laura is expected to produce a massive storm surge of up to 30 feet, inland to Louisiana and Texas that could result in severe flooding and damage.

National Guard forces from both states have been mobilized to support a disaster relief response.

“The Texas Guard currently has more than 1,000 members activated for hurricane response with more than 20 aviation assets to include UH-60, CH-47, C-130 airframes standing by. More than 15 shelter teams with emergency tracking capabilities are moving to receive those in need and the Texas Guard has mobilized 117 high profile vehicles to support rescue
efforts in high risk areas,” the guard said in a statement. “Texas is prepared to operate in a COVID-19 environment by utilizing 160 personnel assigned to mobile testing teams to
support interagency hurricane response as needed.”

Fleet Forces told USNI News it was standing by to offer potential support if needed.

“The Navy remains prepared and ready to provide support to civil authorities, if requested, following the storm,” Myers said. “We continue to ensure the safety of our service members, civilian personnel and their families.”