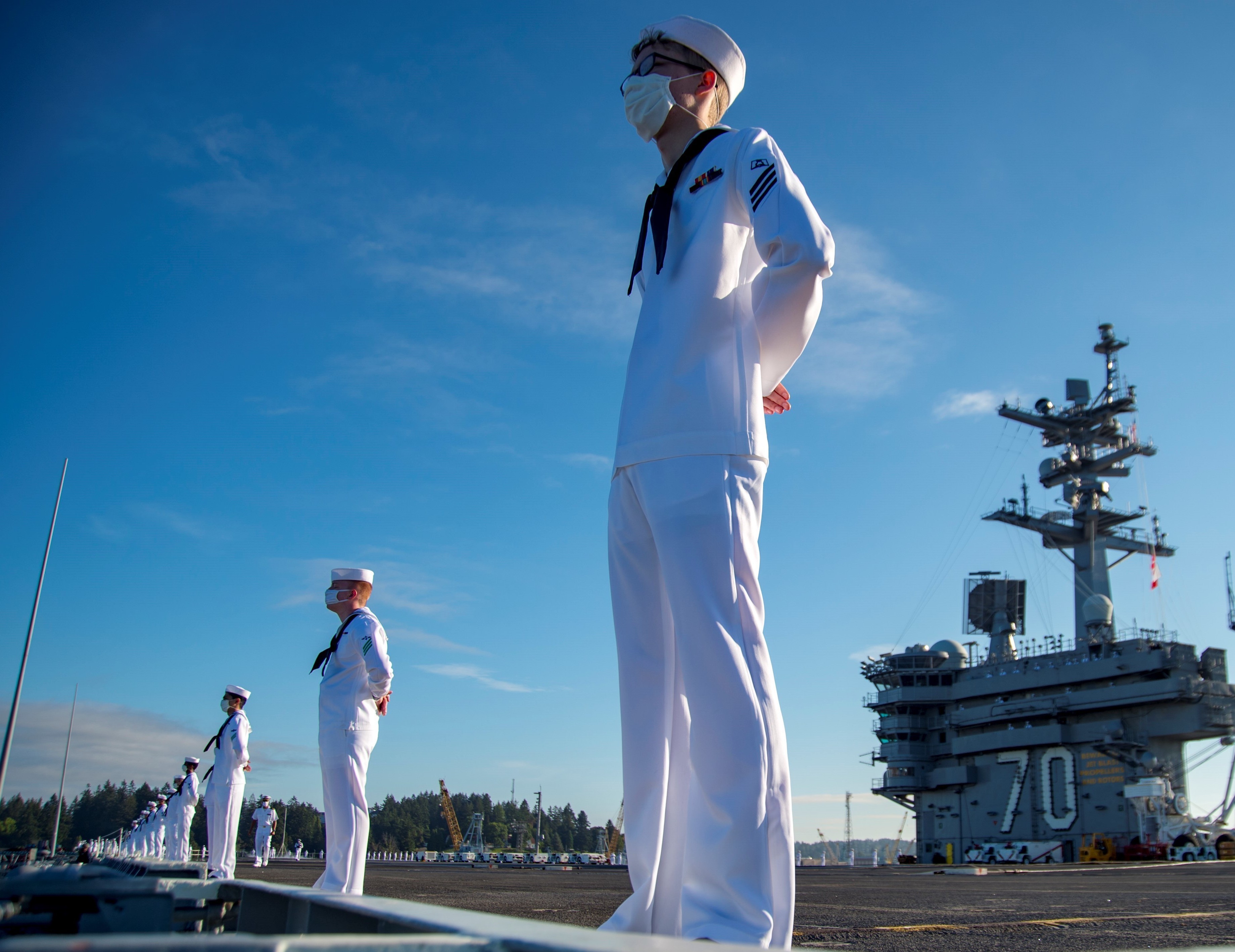 Aircraft carrier USS Carl Vinson (CVN-70) departed Bremerton, Wash., on Sunday bound for its new homeport in San Diego after completing a year and a half of maintenance, the Navy announced.

Part of the 17-month dry dock repair period was to make the carrier ready for the Navy’s first F-35C Lighting II Joint Strike Fighter deployment that is planned for next year.

The F-35C modifications added classified spaces to the carrier and replaced the carrier’s jet-blast deflectors. The ship’s current carrier launch and recovery systems don’t require modifications to handle the new fighters. The docking planned incremental availability (DPIA) at Puget Sound Naval Shipyard and Intermediate Maintenance Facility that began on Feb. 28, 2019, added the systems needed to fly and maintain the Navy’s F-35, as well as additional upgrades to combat and electrical systems and repairs to the ship’s hull, rudders and shaft.

Vinson was among the Navy’s busiest carriers ahead of the yard period. Vinson deployed twice to the Western Pacific in 2017 and 2018 and supported F-35C tests and the Rim of the Pacific 2018 exercise.

The ship is now underway for sea trials and will arrive at its new homeport in San Diego, Calif., before beginning the months-long training period to integrate the air wing and surface forces for the anticipated 2021 first operational deployment of the F-35C. The “Argonauts” of Strike Fighter Squadron (VFA) 147 are expected to be first F-35C squadron to deploy.

Before departing from Washington, the crew was screened for COVID-19 and have undertaken precautions to prevent a viral outbreak on the carrier.

“Those measures included: restriction of movement for all personnel for 14 days prior to embarking the ship, mandatory face coverings, continued cleaning and disinfecting throughout common areas, routine COVID-19 testing, and social distancing,” according to a Navy statement.

The next carrier up for an extended maintenance on the West Coast, USS Theodore Roosevelt (CVN-71), is set to arrive at the Puget Sound yard sometime next year, USNI News understands.