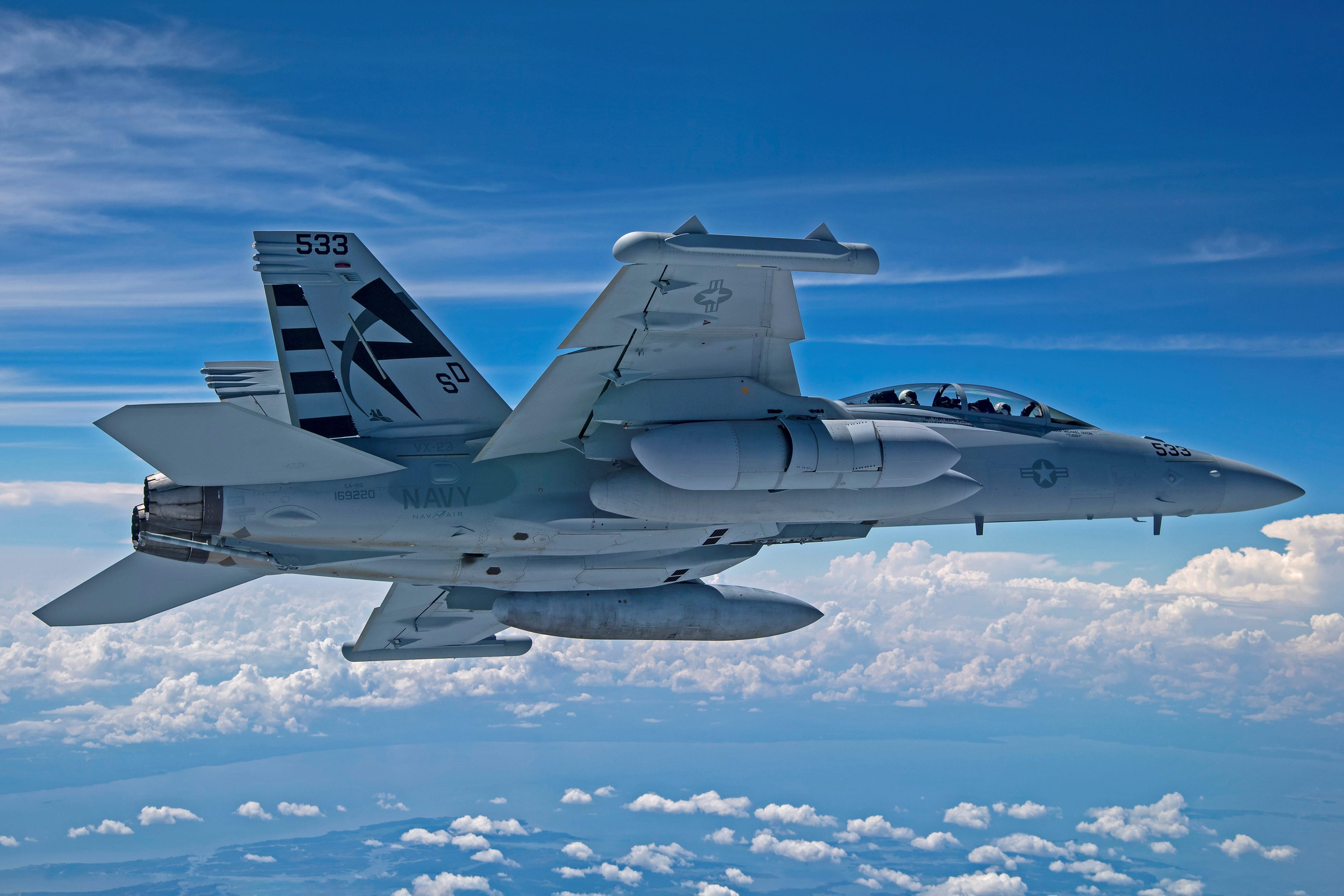 The Navy’s Next Generation Jammer Mid-Band (NGJ-MB) pod began its first flight tests earlier this month and could move into production this fall.

“What an incredible day for the U.S. Navy, our Australian partners, and the Airborne Electronic Attack (AEA) community,” Capt. Michael Orr, AEA Systems program manager (PMA-234), said in the news release.
“We witnessed a successful first flight with the NGJ-MB capability fully integrated onto the EA-18G Growler, validating the last four years of development and the extensive efforts of these last several months in preparation. I’m extremely proud of the entire Government and industry team.”

Navy acquisition chief James Geurts told reporters in a call last week that the test was “important because it gets us next-generation jamming capability on the Growlers. So that program’s tracking well for a Milestone C coming up this fall. And now we’ve got that into test, and we’ll check out the system there, and that will be another great capability for the air wing and the joint force.”

The Milestone C decision would mark the end of the engineering and manufacturing development phase and the start of production and deployment of the system, which replaces the legacy AN/ALQ-99 Tactical Jamming System currently integrated on the EA-18G Growler aircraft. The U.S. and Australia are collaborating on the jamming pod, which is broken into three separate acquisition efforts: low-band, mid-band and high-band.

According to the NAVAIR release, the Raytheon-developed NGJ-MB pod “is an external jamming pod that will address advanced and emerging threats using the latest digital, software-based and Active Electronically Scanned Array technologies and will provide enhanced AEA capabilities to disrupt, deny and degrade enemy air defense and ground communication systems.”

“There was a lot of discussion on how the NGJ-MB pod would affect how the Growler handles. and it was exciting to have the jet feel like any other flight,” Lt. Jonathan Williams, VX-23 test pilot, said in the news release.
“We have a great test team to thank for making today happen and I look forward to seeing how the Growler team brings out the full potential of the NGJ-MB pod.”

The mid-band pod is the furthest along in acquisition, with initial operational capability expected by Fiscal Year 2022, according to budget documents. The low-band pod is in the materiel solutions analysis phase and is executing two “demonstration of existing technologies” contracts, with a Capability Block 1 contract to be awarded this fall, according to the NAVAIR website. The mid-band and then the low-band pods will supplement the legacy jamming system on the Growlers until the high-band, the last of the three increments, is fielded and the legacy system can be safely retired.

“The AEA community has been relying on the ALQ-99 TJS for decades,” Lt. Jonathon Parry, NGJ-MB Aeromechanical Project Officer, said in the news release.
“Gone are the days of isolated Surface-to-Air Missile systems that operate on a small frequency spectrum and do not integrate into a larger Integrated Air Defense System. Modern adversaries are developing complex emitters that use advanced techniques to defeat legacy jamming. NGJ-MB will provide new capabilities to the fleet to ensure spectrum dominance against current and future threats.”