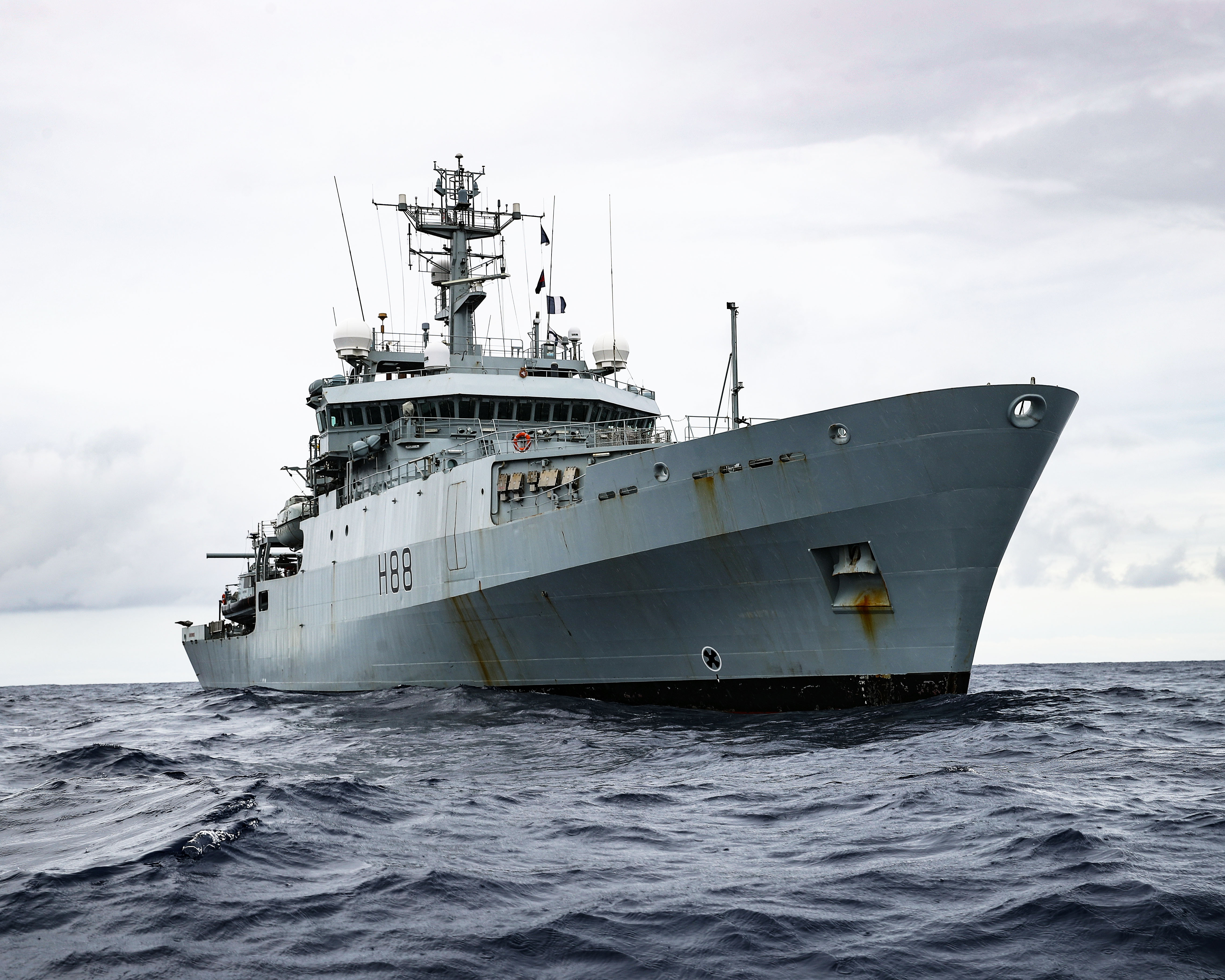 The U.K. Royal Navy plans to send one of its survey vessels to assist Lebanon following a deadly explosion in its capital city’s port.

HMS Enterprise (H-88) will support in evaluating the destruction caused by the recent explosion, the U.K.’s defense secretary said today.

“At the request of the Lebanese Government I have authorized the sending of HMS Enterprise to help survey the Port of Beirut, assessing the damage and supporting Lebanon rebuild this vital piece of national infrastructure,” Ben Wallace, the British defense secretary, said in a statement. “We have a close and enduring friendship with the Lebanese people, our military is ready to support them in their time of need.”

The 3,700-ton Enterprise has a variety of sonars and other sensors to survey the surface and seafloor for hazards to safe navigation and to detect mines.

In its announcement, the U.K. noted the significance of the port and estimated its relief efforts at $6.5 million.

“Gen. McKenzie expressed U.S. willingness to continue to work with the Lebanese Armed Forces to help provide aid and assistance to meet the needs of the Lebanese people during this terrible tragedy,” Capt. Bill Urban said in a statement.
“Gen. McKenzie expressed a desire to continue to partner with the Lebanese Armed Forces, the U.S. Embassy in Beirut, and [United States Agency for International Development] to identify and expedite support for Lebanon’s recovery effort.”

During a press briefing this afternoon at the Pentagon, Defense Department spokesman Jonathan Hoffman said one of the C-17s left Qatar for Lebanon and the other two would soon head to Beirut.

“We will continue to coordinate with Department of State and USAID on additional aid missions,” Hoffman said.

The relief initiatives come after a Tuesday explosion at a building in Beirut’s port that left at least 145 individuals dead, according to Reuters, which reported that container vessels are heading to the port in Tripoli, Lebanon, due to the destruction in the capital city.

The New York Times reported today that a cargo vessel deserted several years ago in Beirut’s harbor contained ammonium nitrate that had been offloaded and placed in a building in the port. Lebanon believes a fire inside that building where the chemicals had been stored led to the blast, according to the Times.