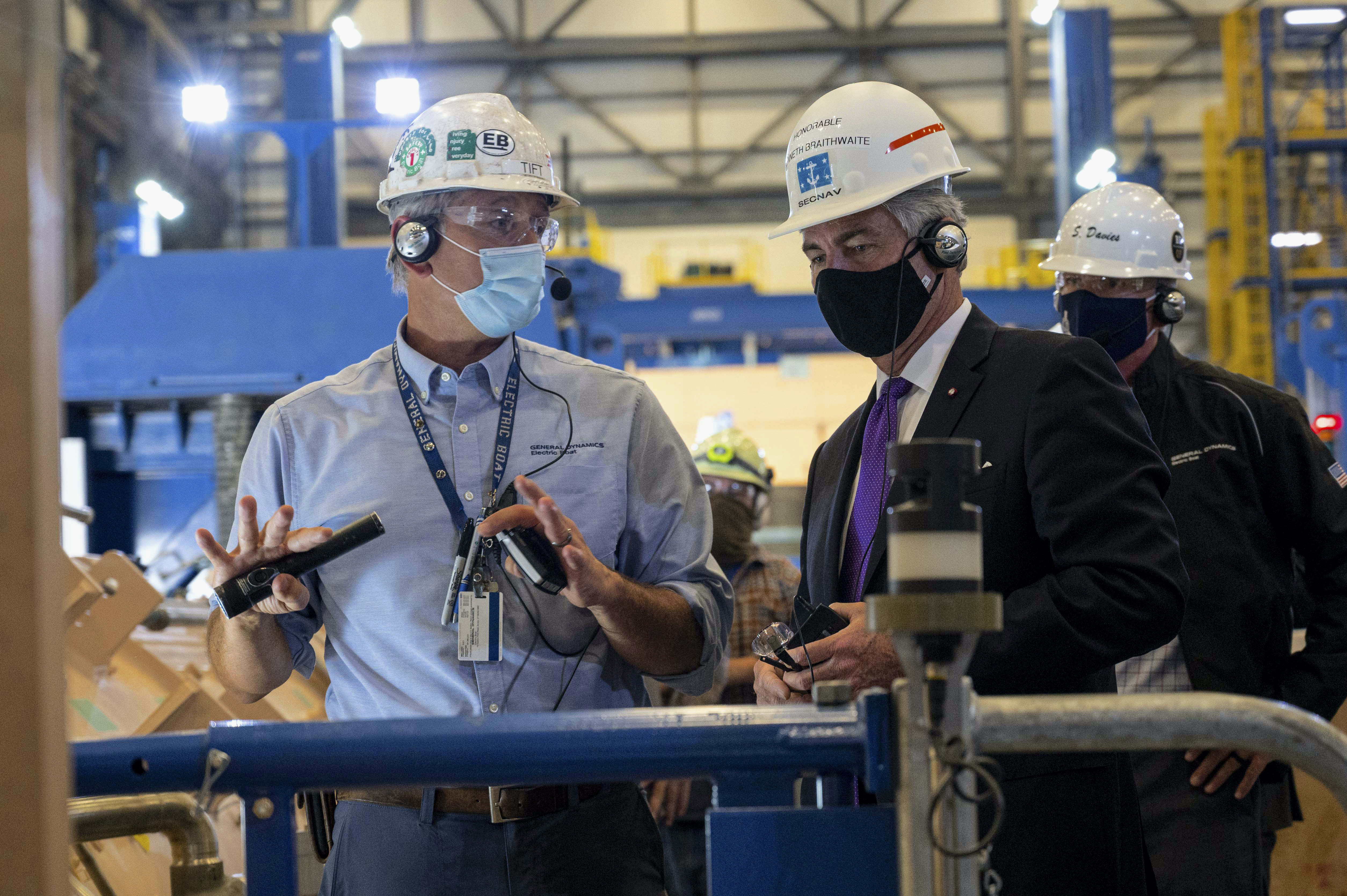 Past ship design and acquisition mistakes, such as those with the Ford-class carrier and Littoral Combat Ship programs, are leading to some extra steps in today’s shipbuilding programs to ensure no time or money is wasted again, two speakers said at a virtual naval engineering symposium this week.

Rear Adm. Jason Lloyd, the Navy’s chief engineer and the Naval Sea Systems Command (NAVSEA) deputy commander for ship design, integration and engineering, said the service is taking steps to reduce the cost of shipbuilding while also ensuring it doesn’t create additional costs down the road or sacrifice warfighting capability.

One example he gave of cost-cutting gone wrong was a decision more than a decade ago to not build a prototype and land-based testing facility for the advanced weapons elevators (AWE) on the Ford-class carrier. First-in-class USS Gerald R. Ford (CVN-78) still doesn’t have a working set of elevators three years after it was commissioned as a warship, and Lloyd attributed today’s pain to previous cost-cutting decisions.

“If you go back and look at it, I think it would have been significantly cheaper to build a prototype back then than it would to go through what we’re going through now with those weapons elevators on Ford. So I think we’ve got to be careful about making sure that we properly engineer the design of the ship and any capabilities before we try to build it,” he said while speaking at the American Society of Naval Engineers’ Technology, Systems & Ships (TSS) Symposium online.

In fact, last year lawmakers mandated more careful ship design reviews in the Fiscal Year 2020 National Defense Authorization Act. Lloyd said the Navy is still working its way through that language, which requires that each class of naval vessel have a senior technical authority who is outside the chain of command – and therefore independent from influence for cost or schedule reasons, for example – who would be responsible for signing off on ship designs before they can move into the construction phase, among the senior technical authority’s responsibilities.

“We’re trying to work through that now, what that really means. That was kind of put in because there’s concerns with the fact that we may have built some ships before they were ready to be built. And we’re starting to see some of those issues come up as cost,” Lloyd said.

Citing a program with no margin for delay – the Columbia-class ballistic missile submarine program, which must be ready for the lead ship to go on an October 2030 first patrol – Lloyd said the Navy has learned from the Ford-class problems with the AWEs and is already doing land-based work. He said he recently toured a composite test facility in Philadelphia, where “we’re really taking that planned design and running it through the rigors to try to find problems before we go build the ship.”

In the following presentation, Rep. Rob Wittman (R.Va.), the top Republican on the House Armed Services seapower and projection forces subcommittee, said that oversight was a responsibility the committee took seriously. He said the committee learned a lot from watching the Littoral Combat Ship program run into problems with the ship design, the mission modules that provide combat capability and the operational concepts for how to use the ships to complement other assets in the fleet – and he said the committee wouldn’t make the same mistakes with current in-development programs such as the Large Unmanned Surface Vessel.

Wittman said USVs would be “critically important” for the future Navy fleet, but “what we want to make sure is that the Navy not only develops this concept in a single ship and determines that a single ship can operate autonomously, but the key with this is how do we incorporate unmanned ships into our fleet operations? And that’s going to be the key. We’ve seen in other instances where you have a concept that’s good by itself, and then as you begin to see how do we integrate it into a force projection concept, and all the sudden we have issues. A great example is the Littoral Combat Ship, which still is lacking mission modules that are still in the process of being developed. In fact, the Navy is saying, hey, we want to retire the first four ships in that class well before their anticipated operational window or their planned obsolescence. So we have to make sure that we’re getting that right.”

“What we have said this year is, build those unmanned surface vessels, but build them at the right pace so that we don’t end up with a whole fleet of vessels where we say, oh guess what, these aren’t doing the job that we anticipated that they would do,” he continued.
“We saw the Navy going down the road of an unmanned carrier aircraft, went through the testing and then sidelined it. Now we’re back on track with the MQ-25 on that, but again, we have to make sure that we get this right. I want to make sure that we are not wasting a penny.”