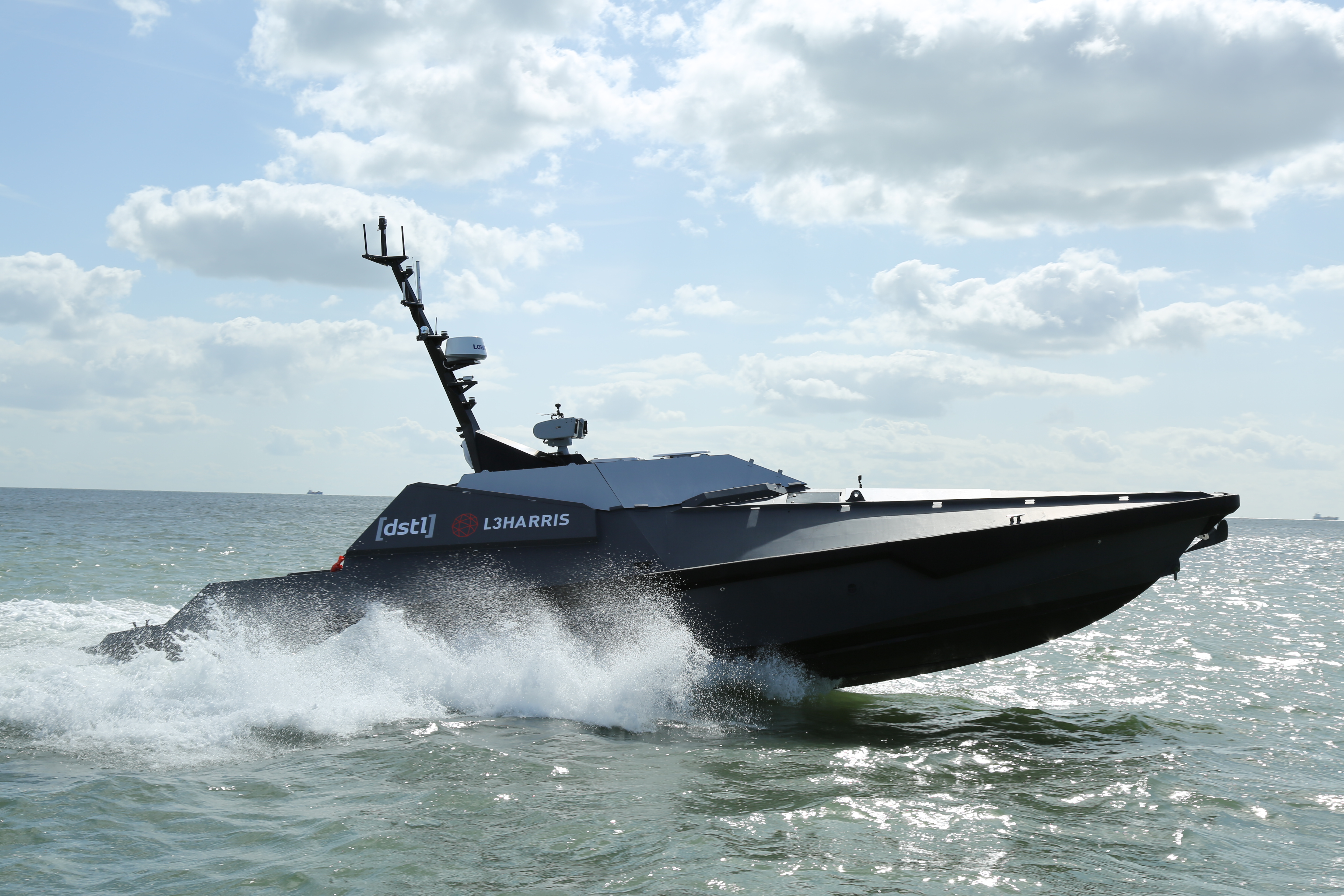 This post has been updated to correct the spelling of the upcoming Navy sensor program, named SPEIR.

A year after L3 and Harris merged into a single $18-billion defense company, the corporation is finding its formerly siloed components can come together to meet some of the Navy’s and joint force’s most complex needs.

Sean Stackley, president of the Integrated Mission Systems segment for L3Harris Technologies, told USNI News in an interview that L3 and Harris each had important pieces of the puzzle to help the Navy achieve its distributed maritime operations concept. But Stackley, who previously served as the assistant secretary of the Navy for research, development and acquisition from 2008 to 2017 and as the acting secretary of the Navy from January to August 2017, said the key to DMO is not just fielding new platforms and tools but rather managing how information flows throughout the network, he said.

Under the Navy’s DMO vision, rather than deploying concentrated strike groups to a few places around the globe, the Navy would have many dispersed ships and planes that could share data to create a combined picture of the battlespace.

He described the future fight as a combination of aircraft, ships, submarines and ground vehicles – manned and unmanned – all with sensors and communications devices, feeding data into a battle management system. The challenge will be the ordnance-to-target ratio and picking out the right targets to control the fight. Before the fight starts, the U.S. needs to ensure it has control of the EM spectrum so that network of platforms can communicate, sense and target.

“It’s really about linking sensors, providing assured communications, having the ability to disrupt the enemy’s communications in their operating picture. It’s everything from electronic support to electronic attack. … That is a tremendous challenge because you have to work across the services, work across the platforms, you have to work across industry, you have to work across systems. So there’s not one contract that’s going to go out for DMO; it’s going to be incremental. It’s going to be an incremental approach to building this capability over time, over systems. And frankly the Air Force and the Navy are taking different approaches. I think there are some best practices across the services that they’ll benefit by as each of these get more mature,” he explained, saying those were his personal views and not the company’s.
“I’m frankly studying the way the Air Force is approaching ABMS [Advanced Battle Management System], and I see a lot of strengths to their approach. There’s a lot of parallel activities to the way they’re contracting ABMS that should allow, if we do it right, should allow the incremental steps that need to be taken to be done in parallel as opposed to one at a time in a series. And I’m frankly also spending time with the Navy trying to link up the Navy’s approach to DMO with the Air Force’s approach to ABMS, to at least study – the services should be studying each other’s approaches – and best practices should emerge, because otherwise we won’t get there, it will take too long.”

For example, he said, the Navy is preparing to contract for a ship-based signals intelligence program called Spectral. It also has an upcoming competition for a SPEIR program for electro-optical/infrared targeting. Under DMO, Stackley said, those two could be approached in parallel to ensure the whole network has access to the data they produce, instead of pursuing them separately and waiting for someone down the line to integrate the systems into a larger network.

“Traditional (acquisition) says you do the standalone upgrades; inside of DMO, you’re constantly looking at the total framework architecture, how do these capabilities integrate” on the front end “so that on the back end you are, in fact, building a distributed maritime operational capability,” he said. 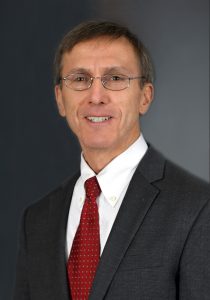 Stackley said the company is positioned to adapt to the changing requirements of DMO.

“We are on the ocean floor, and we operate from the depths of the sea to the depths of space. We are in every domain. We operate across the entire kill chain, from sensing, communications, tracking, targeting, right down to putting ordnance on target. We operate across the kill chain and across the entire electromagnetic (EM) spectrum. In the acoustic realm, we operate below 10 hertz, and then you move into the [radio frequency] and in the RF end of the EM spectrum we’re operating above 50 gigahertz. So we dominate – I would say spectrum superiority is one of our strengths. And we do this to provide capabilities, solutions, for national security, ours and our allies.”

The company’s advantage is based on “two companies a couple of years ago that had a large number of stand-alone capabilities seeing a match in terms of our separate capabilities, and also seeing the power that comes through integration of these capabilities, understanding where the customer is going in terms of the future fight where that EM spectrum, that spectrum superiority, is so critical. Whether you’re talking about the Navy’s strategy, the Navy’s vision for distributed maritime operations, or the Air Force’s advanced battle management system, it is the same capability the services are looking for, which is to have the advanced sensors at the forward edge, have the information that they collect communicated back through secure data links to platforms, have that information integrated into a common picture so that we can control the spectrum, we can ensure our communications, we can disrupt [adversaries’] communications, and we can pull the information from our sensors and get it to where it’s most needed so that when the time comes we can put ordnance on target rapidly and reliably,” Stackley said.

The two companies had different tools in their portfolios prior to the merger that contribute to this new ability to network together tools for fighting in the EM spectrum. For example, “Harris focuses on tactical communications, electronic warfare, space payloads and supports FAA air traffic control modernization. L3’s portfolio is a bit more diverse and includes electronic components, aircraft modernization, flight simulation, UAS/UUVs, airport security and C4ISR components and subsystems,” Defense News quoted Byron Callan, an analyst for Capital Alpha Partners, as writing in a note to investors ahead of the merger.

In the interview, Stackley used undersea warfare as an example of where L3 and Harris have been to provide the Navy options to support DMO.

On the seabed, the company leveraged each of the halves’ legacy systems to create an underwater acoustic system that won a prime contract with the Navy – something neither L3 nor Harris could have done before the merger.

The combined portfolio also includes experience with unmanned underwater vessels. L3Harris is competing for the Medium UUV program that will replace separate medium UUV systems for the explosive ordnance disposal and the submarine communities. Stackley said the company had an already-existing, highly modular design that allowed it to work with Navy labs to integrate and operate advanced payloads at sea while the Navy was developing its specifications for the MUUV program. 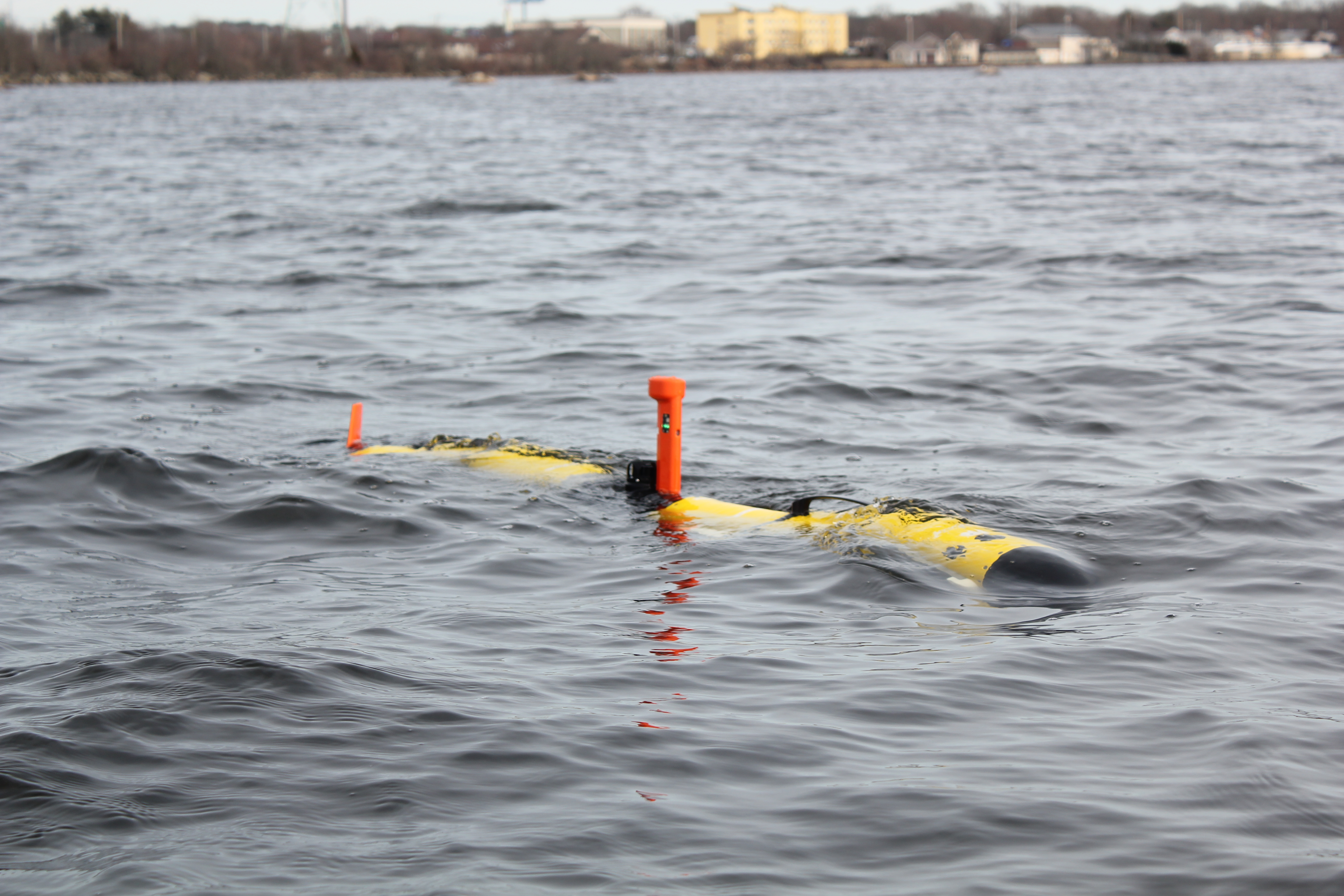 The company’s UUV experience, Stackley said, coupled with underwater acoustic systems and above-water communications capabilities that reside within L3Harris, means it can offer a package that allows the Navy to receive real-time or near-real-time updates from this UUV.

The company also recently won a contract with the Navy to design and build at least one Medium Unmanned Surface Vehicle (MUSV), with options for more vehicles. Stackley said L3Harris had extensive experience with USVs, including through the Overlord large USV demonstrator program run by the Pentagon’s Strategic Capabilities Office. For its MUSV offering, the company is partnering with Gibbs and Cox, which also participated in the Overlord program. Through its in-water testing, L3Harris has learned about autonomy software, vehicle reliability, and command and control.

Stackley said the company, outside of the MUSV program, wants to take its USV a step further and demonstrate to the Navy another option for combining several legacy L3 and Harris technologies.

The company builds the signals intelligence system on the Air Force’s RC-135 surveillance aircraft. That system had been stovepiped in the company’s aircraft systems division before, but Stackley said L3Harris plans to use that as the basis for the upcoming Spectral competition, which will be a ship-based SIGINT tool. L3Harris will adapt that system for integration on a medium USV, he said, thereby demonstrating “a sensing capability, where you start with a reliable unmanned surface vessel that has endurance on station, more so than an aircraft; you give it a sensor package that [meets Navy and Joint Force needs]; and then you add to that the data links that L3Harris provides and the secure communications that we provide, so that now you’ve got a node on the network that’s passing critical information to the operating force from an unmanned vessel.”

He made clear that the SIGINT package on the USV is not part of the Navy’s current MUSV program but that L3Harris would pitch the capability to the service.