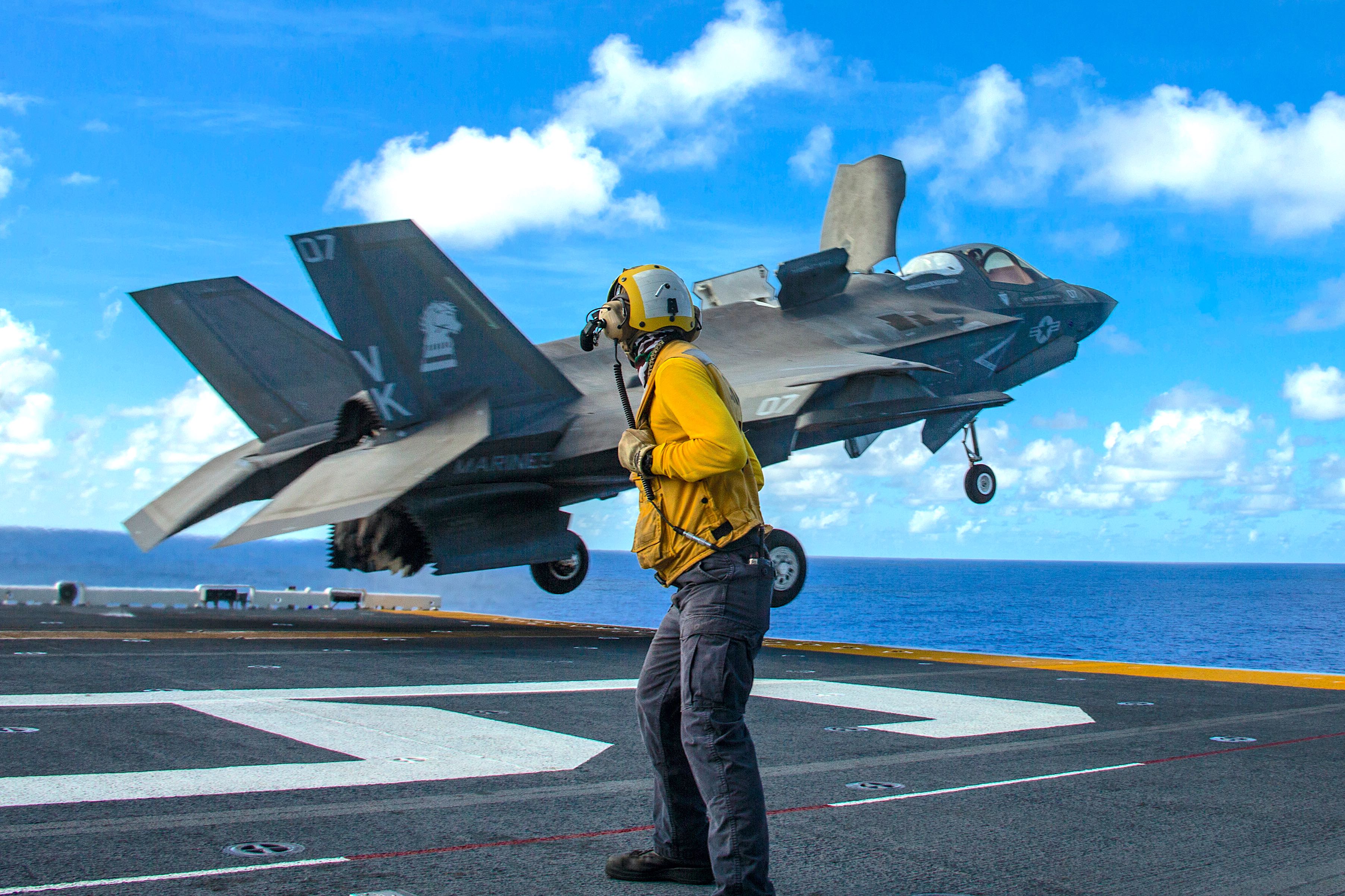 KUALA LUMPUR — The State Department signed off on a Japanese buy of 105 F-35 Lighting II Joint Strike Fighters and associated equipment, according to a Thursday notification to Congress.

Japan already has on order 42 F-35As and in December 2018 the Japanese government approved an increase of the order to 147 aircraft which would also include 42 F-35B Short Take-Off and Vertical Landing (STOVL).

The approved package consists of 63 F-35As, 42s F-35Bs and 110 Pratt and Whitney F135 engines. Also included were EW, C4I, Autonomic Logistic Global Support Systems, F-35 flares and various training, logistics and technical support plus aircraft ferry and tanker support. The package’s estimated total cost is $23.11 billion though this will depend on the contract negotiations between Japan and Lockheed Martin. Should the program go ahead, Japan will join the United Kingdom, Italy and Singapore as international customers for the B variant, pending U.S> Congress approval. That deal would make Japan the largest F-35 international customer. 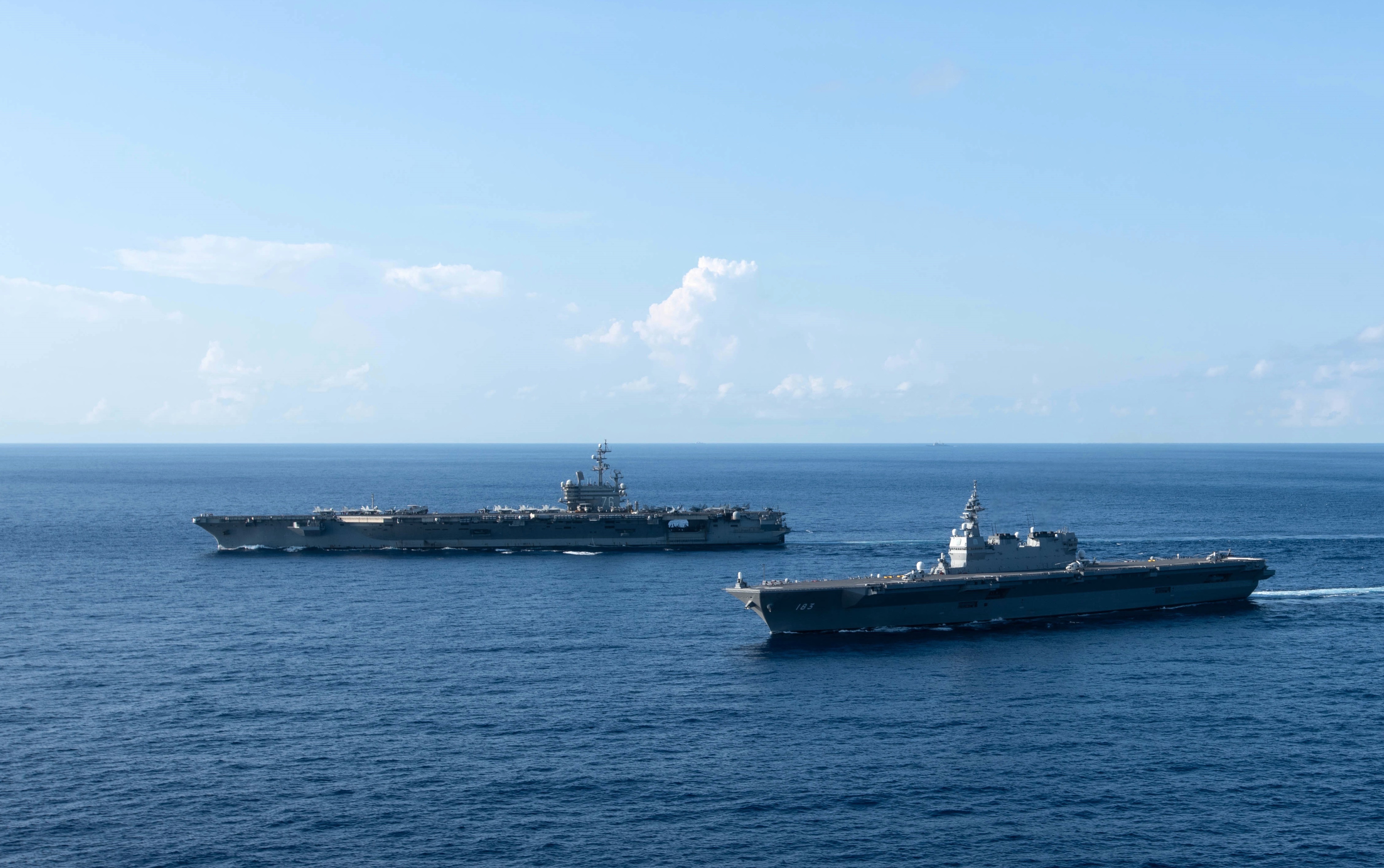 The Japanese Ministry of Defence though has been downplaying the future operations of F-35s from JS Izumo (DDH-183) and JS Kaga (DDH-184) saying the F-35s would be deployed on the ships when necessary, due to the sensitivities over whether such a capability would push it over the boundaries of Japan’s constitutional limitations on possessing offensive capabilities. Operation of the F-35Bs would also mark the first time since World War II that Japan would be operating fighter aircraft off its naval vessels. Kaga is the namesake of a prominent WWII aircraft carrier.

However retired JMSDF senior officers have been quoted in the Japanese press as stating the threat posed by China’s increasing military capabilities which has led to an increase in incursions in Japanese waters, necessitated a move to have fleet air defense aircraft. Given the limitations of the Izumo-class, there have been calls that a new domestic carrier class be developed though Japan should be clear to both domestic and international audiences that such ships were purely for defensive purposes.

Izumo is currently undergoing the initial stage of conversion work to allow it to operate F-35s and will return to the fleet and final conversion work will be carried out in FY2025 while Kaga instead will be fully modified in fiscal year 2022 though current plans expect Japan to receive its F-35Bs beginning in 2024. U.S. officials confirmed to USNI News in August that U.S. Marine F-35s could be the first to operate from the Japanese platforms.

Along with the F-35 purchase, Japan is also pushing the development of an indigenous fighter aircraft to replace its current F-2 fighter fleet. The Japanese Ministry of Defense presented the draft development plan for the fighter program to a group of lawmakers from the ruling Liberal Democratic Party on July 7, which called for full scale production by 2031 with a prototype built in 2024 and flight tests in 2028.