An advanced U.S. attack submarine and guided-missile destroyer are among the forces participating in the NATO anti-submarine warfare exercise Dynamic Mongoose 2020, which kicked off this week off Iceland.

Virginia-class attack submarine USS Indiana (SSN-789), one of the newest ships in the class, and Arleigh Burke-class destroyer USS Roosevelt (DDG-80), which recently moved its homeport to Naval Station Rota in Spain to bring its advanced air and missile defense system to the forward-deployed force there, are joining four other surface ships, four other submarines and five maritime patrol aircraft.

For the Roosevelt crew, newly assigned to the Forward Deployed Naval Force-Europe fleet that conducts surface warfare but was formed to focus on ballistic missile defense, the opportunity to conduct anti-submarine warfare is an exciting one.

“Dynamic Mongoose allows Roosevelt to utilize its advanced sonar capabilities in a dynamic, high-intensity anti-submarine warfare environment, while operating with our NATO allies and partners to improve readiness and interoperability,” Commanding Officer Cmdr. Ryan Kendall said in a Navy news release.
“My team and I look forward to demonstrating the strength of our NATO alliance, working together to hone our warfighting skills at sea.”

Roosevelt will be joining surface combatants, submarines and maritime patrol aircraft from Canada, France, Germany, Norway, the United Kingdom and the U.S. for this exercise.

“The aim of Dynamic Mongoose is to provide all participants with complex and challenging warfare training; to enhance interoperability and proficiency in anti-submarine warfare and anti-surface warfare; and to increase our skill,” Norwegian Navy Commodore Yngve Skoglund, the commander of Standing NATO Maritime Group 1, said June 29 in an online press conference.
“Each surface ship in my task group will have the opportunity to execute a variety of anti-submarine warfare operations. The submarines will take turns in hunting or being hunted. We as the surface combatants will closely coordinate our efforts with the air participants operating from the U.K. and here on Iceland.”

SNMG-1 includes Norwegian frigate HNoMS Otto Sverdrup (F312), currently serving as the SNMG-1 flagship, and Canadian patrol frigate HMCS Fredericton (337). Skoglund said his already-formed task group has to come together with additional U.S. and U.K. surface ships and quickly integrate before taking on increasingly challenging scenarios in the two-week exercise. This kind of multi-domain warfare is hard enough for one nation, he said, but is much tougher for an international group like this.

“All the assets participating here are already at a very good level, so when we start we have a very good individual level on each ship. And we have been working together for a while as well, some of us,” he said, and the exercise will “bring us all up to speed and get that high end of connectivity and working together.”

“And then, of course, as mentioned earlier, we have five submarines. That is a lot to play with for five surface ships. It’s a lot of challenges, and it can really lift all the levels onboard, from the operator all the way to the staff, my staff who has to think how do we actually exploit all these resources – and on top of that we have of course all the air assets that we have to coordinate as well. It’s a brilliant opportunity to actually go from a very good high level to where we are going to end in two weeks,” the commodore said. 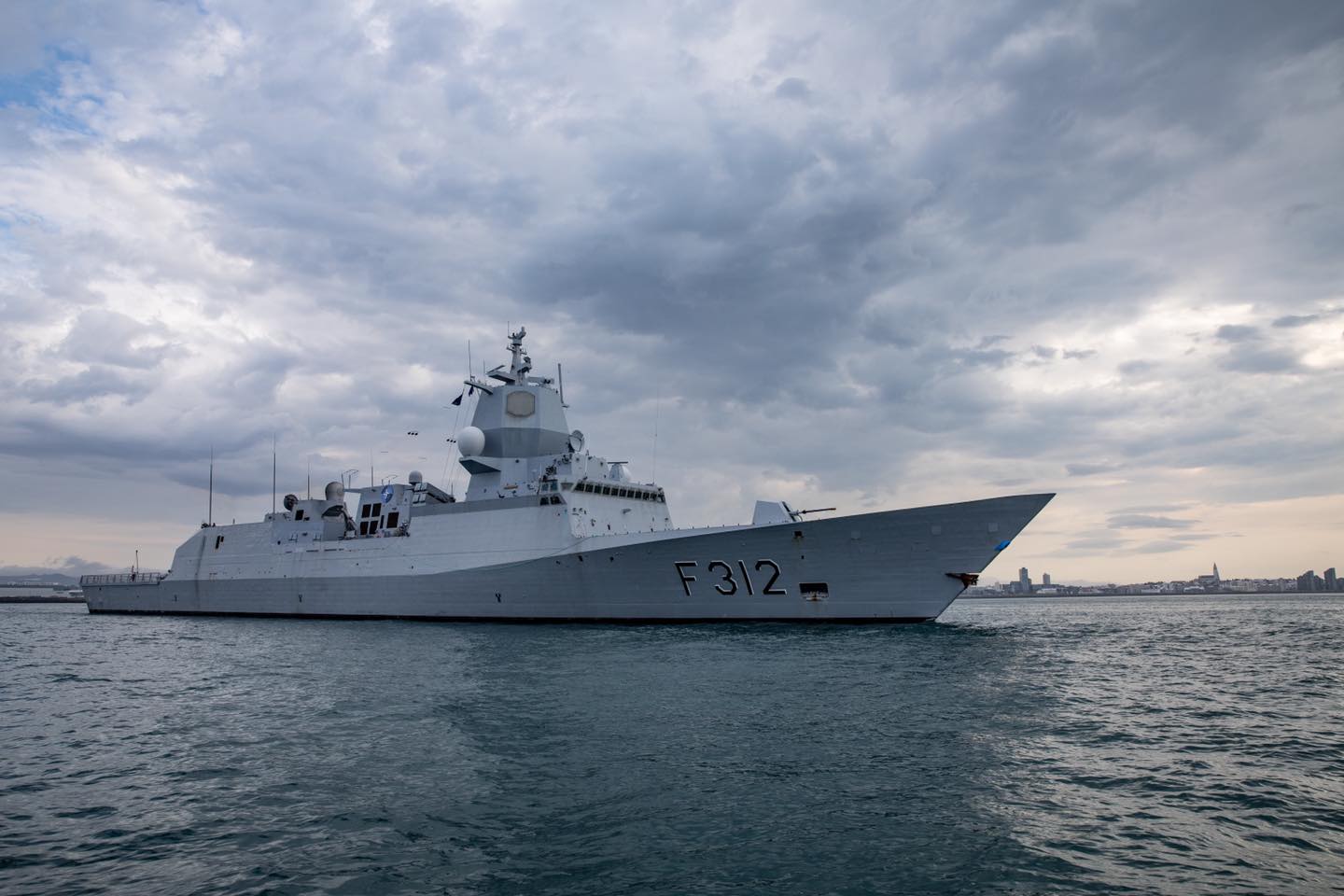 Skoglund noted that everything was being done to make the exercise as realistic as possible. For example, the maritime patrol aircraft from the U.S. and France will operate out of Keflavik, Iceland, whereas the U.K. planes will fly out of their base in Scotland. This not only provides more options for the tactical commanders – who can figure out how to employ assets based on the scenario and other factors like weather – but it’s realistic in the sense that, if a conflict emerged, forces might not have time to mass at a common location. They’d likely be coming in from around the region, and task group commanders would have to manage that.

This year, Fredericton has the distinction of participating in both. 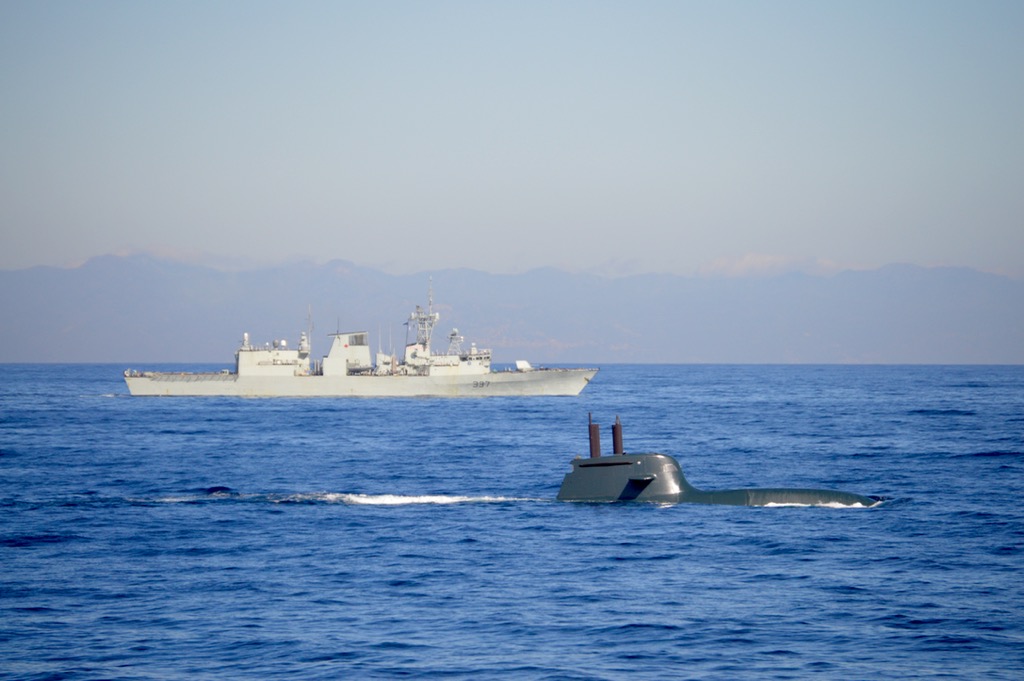 Burcher said the exercise is taking place in a 200-by-200 square nautical mile box off Iceland that would serve as a good training ground for NATO forces in an important strategic chokepoint.

“The security challenge associated with Iceland is that Iceland is a strategic location in a strategic chokepoint that leads to the open North Atlantic, which, if Russia were to deploy its assets, they would have to go through. So the security challenge for us is to ensure that we have the skill sets and capabilities to dominate the undersea environment in that area such that, in the event of a conflict or leading up to a conflict, that we are able to control and protect those sea lines of communication,” Burcher said.
“This particular area has a large amount of international commerce … (and) commercial communications equipment that is on the seabed. So the risks are to ensure that we are able to protect those in peace time and in conflict.”