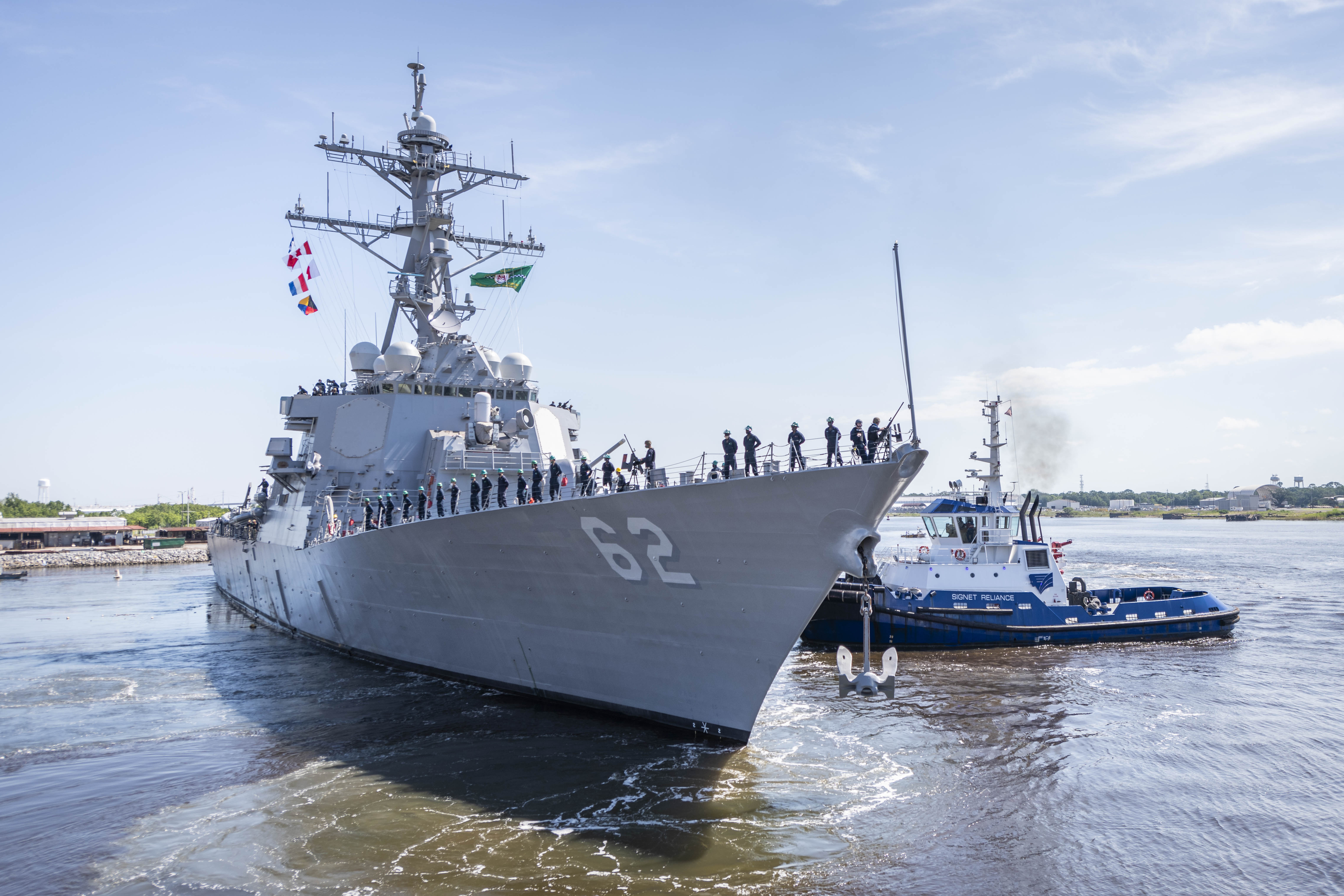 Destroyer USS Fitzgerald (DDG-62) left the Ingalls Shipbuilding yard in Mississippi to return to the fleet today, almost three years to the day after a collision with a merchant ship that killed seven sailors

The Arleigh Burke-class guided-missile destroyer was transported on a heavy-lift ship to Ingalls Shipbuilding in January 2018 for repairs, following the June 17, 2017, collision. The ship was brought into the dry dock there for repairs until its undocking in April 2019, and pierside work continued until earlier this year.

“Today the ‘Fighting Fitz’ is returning to the Pacific Fleet as one of our nation’s most capable warfighting platforms, marking a significant step in her return to warfighting readiness,” Rear Adm. Eric Ver Hage, director of Surface Ship Maintenance and Modernization and commander of Navy Regional Maintenance Center, said in a Navy news release.
“The Fitzgerald sailors, our Navy project teams and the men and women of Ingalls put forth a tremendous effort to restore the ship to fighting shape and did so on schedule.”

Ingalls is one of two builders of the destroyer class and also performed the repairs on the damaged USS Cole (DDG-67) – and both skill sets were required to do the repairs and modernization on Fitzgerald, according to the news release. With the collision heavily damaging combat and electronics systems, and the ship being among the older in the fleet and already planned to go through a hull, mechanical and electrical (HM&E) upgrade period in Fiscal Year 2019, the work done over the last two and a half years was extensive.

“To restore the impacted spaces to full operations and functionality, various Hull, Mechanical and Electrical (HM&E), Combat System (CS) and Command, Control, Communications, Computers and Intelligence (C5I) repairs were completed. These repairs ranged from partial to complete refurbishment of impacted spaces, to replacement of equipment such as the radar and electronic warfare suite; the ship also received HM&E, Combat System and C5I modernization upgrades,” reads the Navy news release.

USNI News originally reported in late 2017 that the repairs and the planned HM&E upgrade would cost $368 million and take about two years. Ultimately, the Navy had to budget $523 million towards the repair and modernization, Naval Sea Systems Command told USNI News earlier this year, and the work took two and a half years. 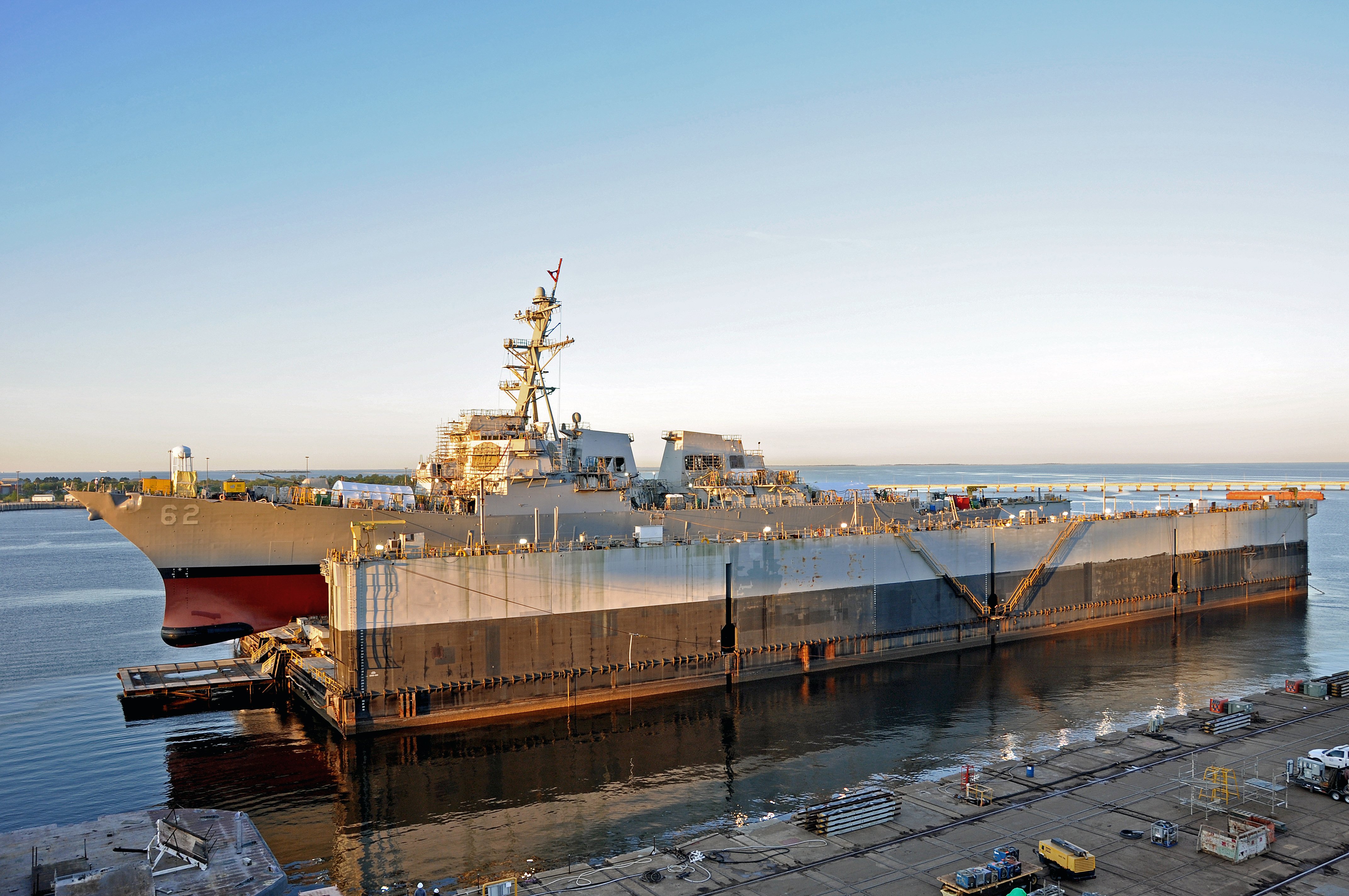 The Fitzgerald crew has already completed multiple training and certification events, such as navigation assessment and light off assessment, to prove the crew was ready to bring the ship out of its repair phase and back into fleet operations.

The crew was put into an isolation period on May 23, as part of the Navy’s COVID-19 mitigation process to keep the virus from coming aboard ships at sea. The crew will take the ship to its new homeport of San Diego, where it will serve under Destroyer Squadron (DESRON) 1 and go through crew training and certification ahead of basic pre-deployment training. Prior to the collision, Fitzgerald had served in the Forward Deployed Naval Force Japan and was homeported in Yokosuka.

“Completing repairs and upgrades to Fitzgerald was only possible because of the outstanding teamwork between the government and industry teams over the last 2 1/2 years. My thanks go out to everyone involved in making sure the ship is ready, and I’m especially proud of my crew’s hard work ensuring we are trained and prepared to take our ship back to sea,” Fitzgerald Commanding Officer Cmdr. Scott Wilbur said in the news release.