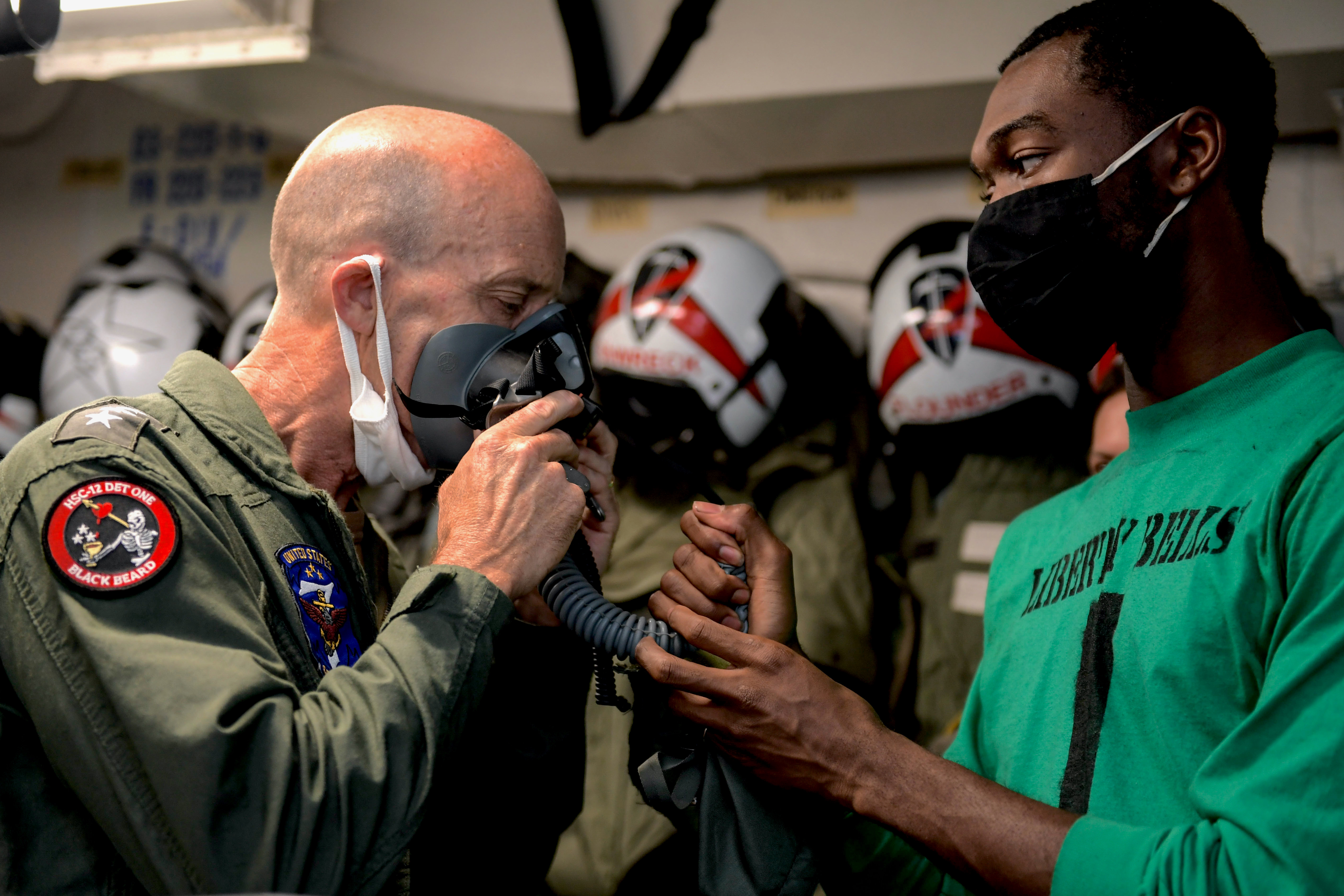 A new U.S. study of the COVID-19 outbreak aboard USS Theodore Roosevelt (CVN-71) found that one in five sailors infected with the virus were asymptomatic, while the loss of smell and taste were the most common symptoms of the disease.

The findings were part of a serology (pronounced: SIR-all-ah-gee) study conducted by the Centers for Disease Control and Prevention (CDC) and the U.S. Navy’s Bureau of Medicine. This was the first large-scale evaluation of a group of young people who have suffered a widespread infection from the virus.

“The outbreak investigation included asking volunteers to complete a short survey and provide two specimens for laboratory testing (voluntary blood and nasal swab samples),” reads a statement from the Navy.
“Antibody testing done on nearly 400 service members of the TR show nearly two thirds (62 percent) were infected with SARS-CoV-2 and that most were mildly ill. This is the first CDC published report on this specific demographic of young adults.”

Previous studies, like a CDC look at the outbreak on the Diamond Princess cruise ship earlier this year, examined an older and less healthy population.

“These results … may contribute to a better understanding of COVID-19, not just in the U.S. military but also among other young adults and young Americans,” author Dan Payne with the CDC told reporters in a call on Tuesday.

The results gave researchers more detail into specifically the asymptomatic infections of COVID-19.

“Our antibody tests indicated that, among those who had been exposed and reacted to the virus immunologically, almost one in five were asymptomatic,” he said.
“This actually may be an important feature of the disease in young adults.”

Service members who were infected with COVID-19 found loss of smell and taste was the most common symptom. 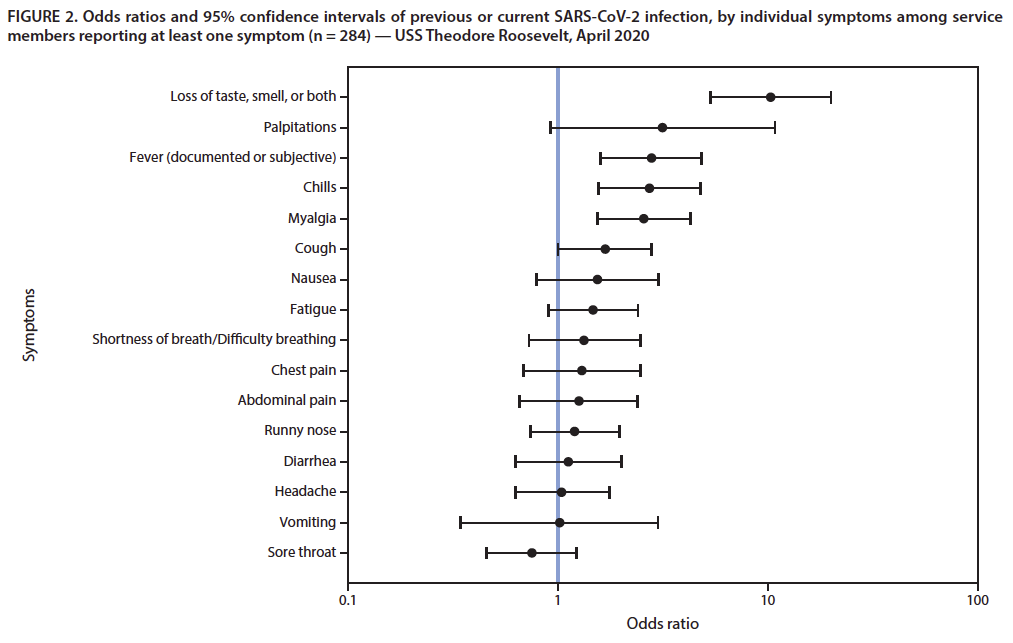 The study was also able to show the effectiveness of social distancing practices aboard the ship.

“The likelihood of being infected with COVID-19 was lower among those service members who reported taking preventive measures: … wearing face coverings, avoiding common areas where possible, and also observing social distancing where possible,” said Capt. Robert Hawkins, the commander for the Navy and Marine Corps Public Health Center.

In addition to the findings on the symptoms, the study also found how the young people’s bodies react to the virus over a long period of time and found several sailors with significant antibodies to COVID-19.

“This finding may give us an early glimpse into actual immune protection against COVID-19 in young adults, having these intense viral exposures aboard the ship. These are actually important in that they could be indicators of some degree of immunity,” Payne said.

Navy Surgeon General Rear Adm. Bruce Gillingham said the results would be used to better refine the Navy’s procedures to handle the virus inside the service.

“This is a stealthy virus, and the results from this outbreak investigation provide us with increased knowledge about COVID-19 so we can better protect the crew, their shipmates on other vessels, and ultimately the nation,” he said in a statement.

The report comes as the service is normalizing how it will operate under the ongoing threat of the pandemic.

Late last month, the service released fleet-wide guidance crafted from lessons learned from the outbreak on Theodore Roosevelt and guided-missile destroyer USS Kidd (DDG-100), including a change in how the Navy clears sailors for duty and the establishment of “Safe Haven” ports that would extend the COVID-19-free bubble of a ship to limited places on shore for logistics and for crew rest and relaxation.