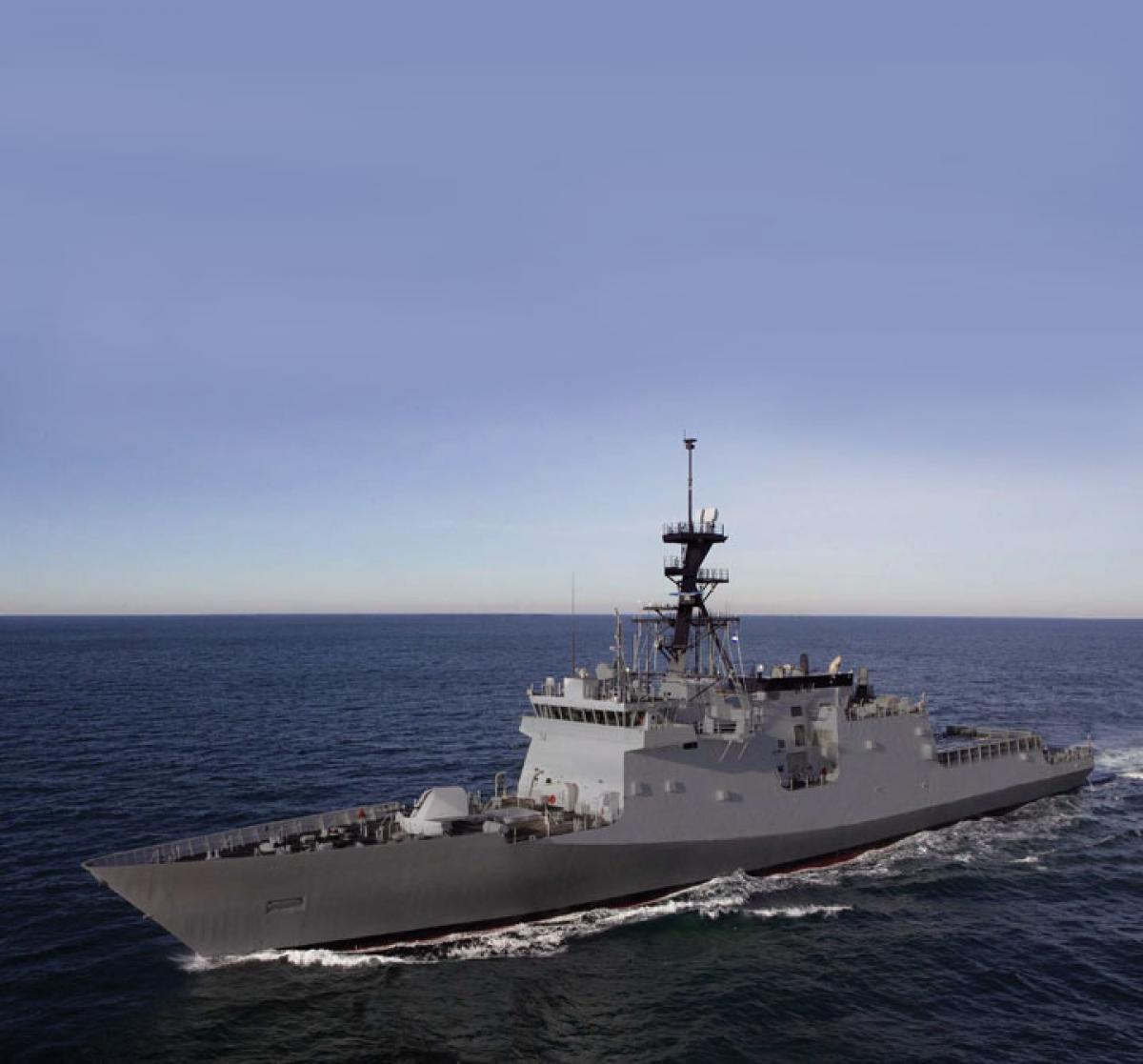 An artist’s concept of the HII Patrol Frigate.

This post was updated with a statement from Huntington Ingalls Industries.

HII has a backlog of work worth $45 billion, leaving the firm in a strong financial position, Mike Petters, chief executive of HII, told analysts during a Thursday morning conference call. However, there’s no denying the company wanted the FFG(X) design and construction award.

“We’re obviously very disappointed in the way it came out, but we’ll get a debrief from the Navy on what happened and how it could have gone better, and we’ll go forward from there,” Petters said.

On April 30, the Navy awarded a $795-million contract to Fincantieri to begin building the new class of guided-missile frigates. The frigate is the first new major shipbuilding program the Navy started in more than a decade. The contract with Fincantieri covers the detailed design effort and construction of the first ship in class, and it also includes options for nine more ships –which, if exercised, are worth up to $5.58 billion.

The Navy asked firms to base their proposals on mature ship designs that have been in service in the U.S. or allied navies. Other yards who submitted bids included Austal USA, a partnership of General Dynamics Bath Iron Works and Spanish shipbuilder Navantia, and Huntington Ingalls Industries. A fifth firm, Lockheed Martin, was thought to consider offering a bid but ultimately did not submit one.

“Recognize that everybody in the frigate competition was pricing different ships, so almost impossible to do an apples-to-apples comparison of price to what happened,” Petters said. “I think the Navy tried to run a best-value competition and they selected a winner.”

Throughout the competition, HII remained the most secretive about its design, routinely declining to comment to the media or analysts about the company’s bid. Following Thursday’s conference call, and after being asked by USNI News to provide more details about their frigate bid, Huntington Ingalls officials replied saying, “We are assessing and will have a complete response at a later time, when appropriate.”

There was a long-held belief that HII based its design on its Coast Guard National Security Cutter, according to a Congressional Research Service report. The NSC program is nearing the end of its appropriated production, adding to speculation the NSC was the parent design for Huntington Ingalls design.

“The Coast Guard continues to operate the NSC at a high tempo with lots of mission success and lots of very positive and favorable feedback to us,” Petters said. “And it has been a program that has been funded and supported both from the Coast Guard and from the Congress over the years.”

However, while there is support on Capitol Hill and across the Anacostia River at Coast Guard Headquarters for adding a twelfth NSC to the production line, Petters said Thursday the funding hasn’t yet materialized.

“Sure, there’s been a lot of talk about it (a twelfth NSC hull),” Petters told analysts during the call. “The question at this point is, you know, where does the budget go? And I think you know that is kind of the big question mark out there for everybody.”

As for the winner of the Navy’s frigate competition, Fincantieri based its design on its FREMM multi-mission ship already operated by the French and Italian navies. Fincantieri was perhaps the most public of the competitors on their ship design. The firm detailed its design’s strengths, arranged for an Italian navy frigate to visit the U.S. and openly discussed the $180 million in improvements made to the Marinette Marine shipyard in Wisconsin to accommodate a proposed two-per-year build tempo. In January, Fincantieri announced plans to spend an additional $80 million to $100 million on capital expenditures to improve its operations further.

General Dynamics Bath Iron Works and Spanish shipbuilder Navantia joined forces to offer a bid based on the F100 frigate design. As Fincantieri did, Bath Iron Works and Navantia were able to use working versions to tout the benefits of their design. A year ago, Spanish Armada guided-missile frigate ESPS Mendez Nunez (F-104) was integrated into the Abraham Lincoln Carrier Strike Group as it sailed around the world, as USS Abraham Lincoln (CVN-72) shifted homeports from Norfolk to San Diego.

Austal USA based its design on its Independence-variant Littoral Combat Ship. Austal was presumably counting on the Navy’s familiarity with operating the parent design and the capability of its Mobile, Ala., shipyard to be strengths of its bid.

While it remains a minor mystery what Huntington Ingalls Industries’ frigate bid looked like, Petters reminded analysts the company does have several programs in its production line. A Huntington Ingalls frigate would likely have been built at the Ingalls Shipbuilding yard in Pascagoula, Miss. Currently, the yard is building America-class amphibious assault ships, San Antonio-class amphibious transport docks, Arleigh Burke-class guided-missile destroyers and the Legend-class National Security Cutters.

“This is a disappointment, but you know, the thing about competition is you get up off the field and you go learn your lessons and you get better the next day. So that’s kind of the way we’re taking it,” Petters said. “The Navy is starting to think about what the future holds, and we’re going to be part of that future so, we’re excited about that.”