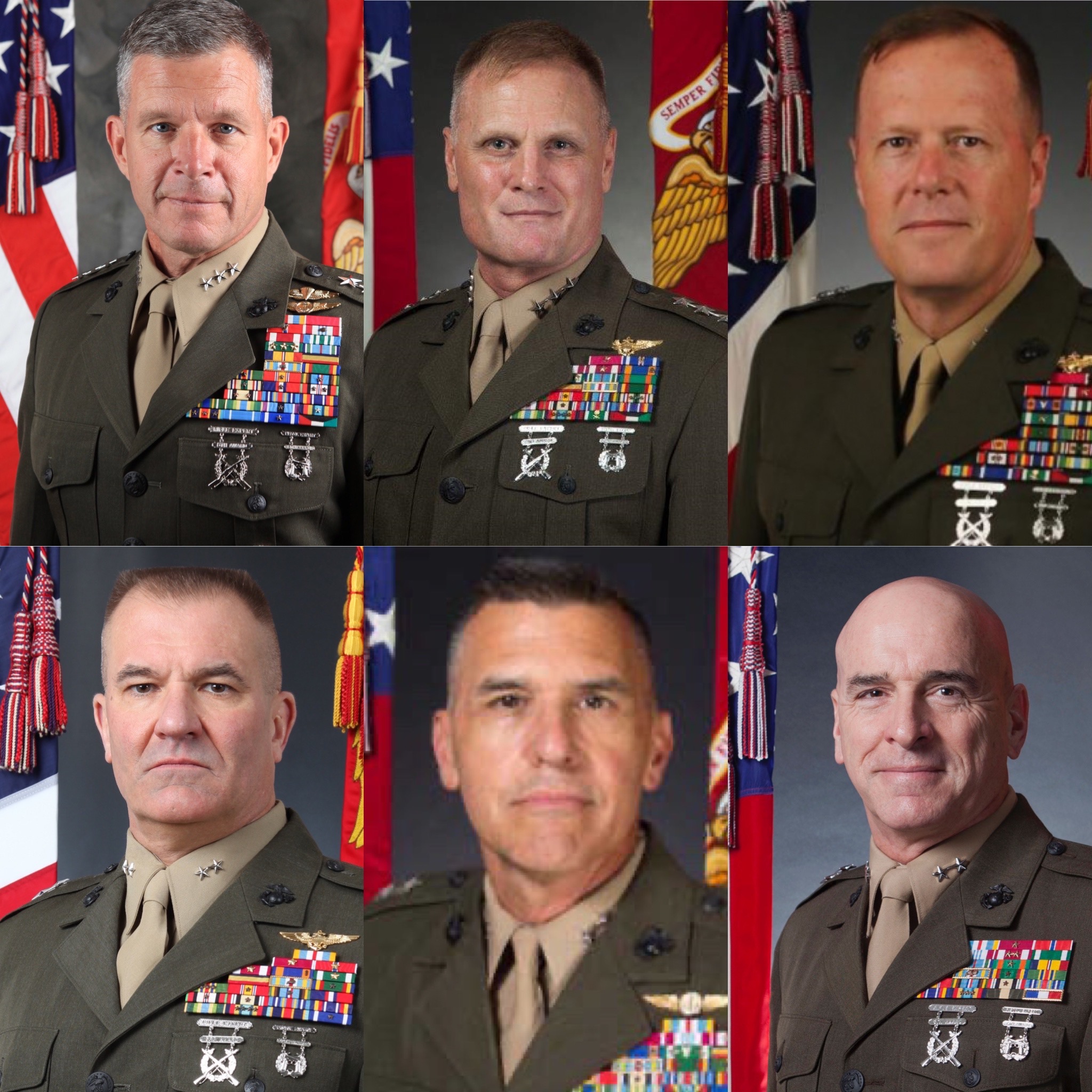 The Marine Corps announced a shuffle of its two- and three-star generals, with nominations of new leadership for Marines in the Pacific, the aviation community, training and education and more.

Lt. Gen. Lewis Craparotta was nominated to serve as the next commanding general of the Training and Education Command (TECOM). He currently serves as the commander of U.S. Marine Corps Forces Pacific and commanding general of Fleet Marine Corps Forces Pacific out of Camp Smith, Hawaii. This job, which he has held since August 2018, has become increasingly important as Commandant of the Marine Corps Gen. David Berger has focused his attention on reinvigorating the Fleet Marine Force and bolstering integration of the Marine Corps and the Navy. MARFORPAC has been the centerpiece of Berger’s attention as it relates to experimentation with concepts like Expeditionary Advance Base Operations, as well as new formations and new gear to support the operating concepts.

Craparotta was commissioned in May 1983 and commanded I Marine Expeditionary Force prior to taking command of MARFORPAC.

Relieving Craparotta at MARFORPAC would be Lt. Gen. Steven Rudder, according to the announcement. Rudder serves as deputy commandant of the Marine Corps for aviation, leading aviation acquisition and readiness efforts out of the Pentagon. He has served in this role since July 2017, overseeing the Marines’ incorporation of the F-35B Joint Strike Fighter into routine operations, the acquisition of the CH-53K King Stallion heavy-lift helicopter program, a renewed focus on depot maintenance and regaining readiness, and more.

Rudder was commissioned in June 1984 and has experience in the Pacific theater, having commanded 1st Marine Air Wing out of Okinawa, Japan, and served as the director of Strategic Planning and Policy (J5) at U.S. Pacific Command (PACOM).

The next deputy commandant for aviation after Rudder would be Maj. Gen. Mark Wise, according to the announcement. Wise currently serves as the deputy commanding general of Marine Corps Combat Development Command (MCCDC) and assistant deputy commandant for combat development and integration at Marine Corps Base Quantico in Virginia. Wise joined the MCCDC staff in the summer of 2018 and has helped oversee a total transition in the service, as the Marine Corps charts a path forward to be lighter, more agile from the sea, more focused on small-unit operations and more.

Maj. Gen. Dennis Crall was nominated to serve as the next director for command, control, communications, and computers (C4)/cyber and the chief information officer (J-6) on the Joint Staff. Crall currently serves as the senior military advisor for cyber to the under secretary of defense for policy.

Maj. Gen. David Ottignon was nominated to serve as the next deputy commandant for manpower and reserve affairs. Ottignon currently serves as the director of the Manpower Management Division in the Marine Corps headquarters staff.

Ottignon, Crall and Heckl would also receive promotions to lieutenant general in conjunction with their new jobs.