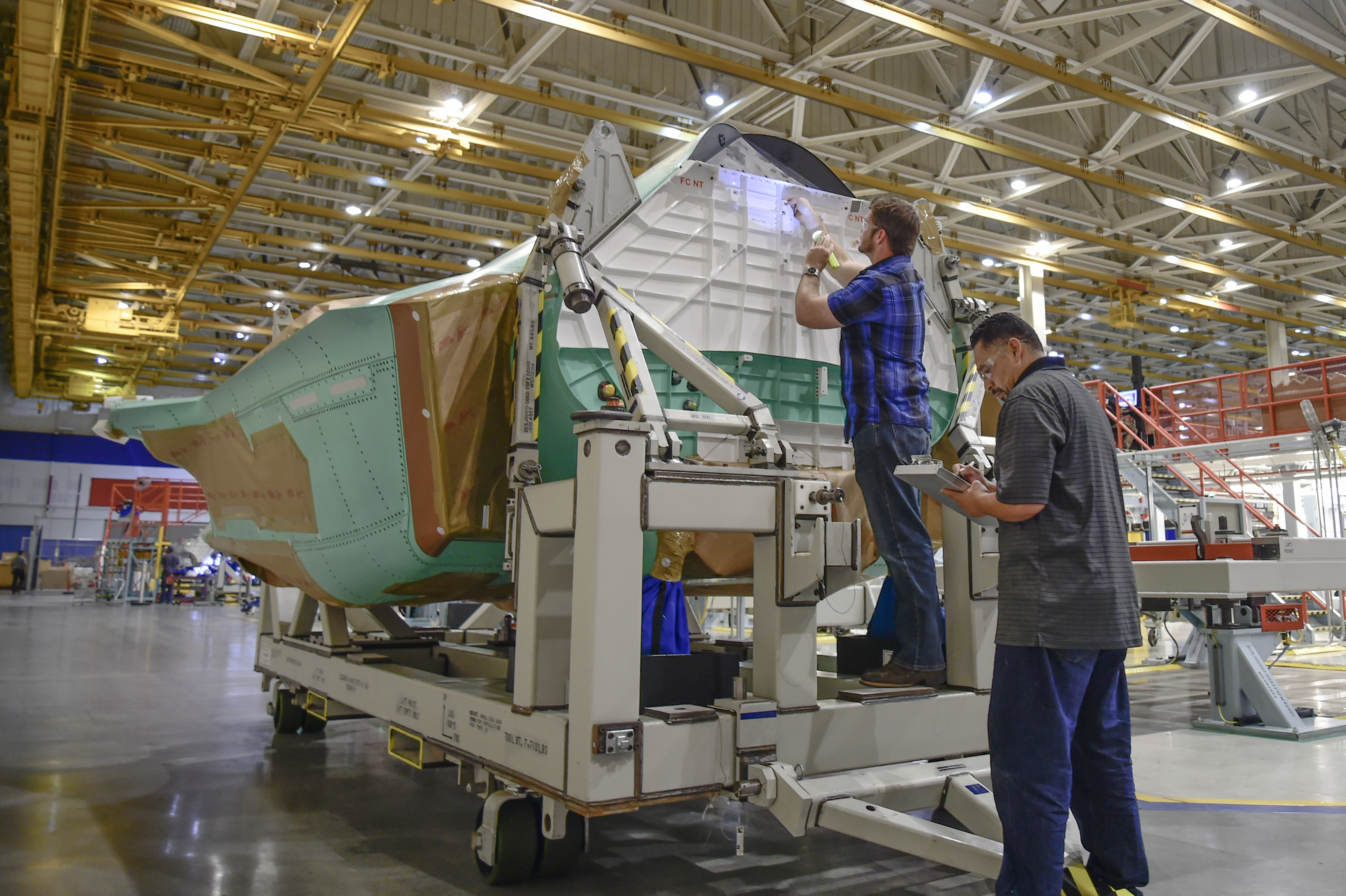 The defense sector appears more insulated from the worst financial effects caused by the COVID-19-related economic slowdown when compared to other industries.

During the past week, as the largest defense contractors started reporting first-quarter financial results, a clear trend emerged: government-funded work continued, albeit with spotty supply-chain related slowdowns. Overall, defense work appeared to be the bright spot on first-quarter financial reports filed by several corporations, especially those with commercial business segments involved in travel.

Additionally, Northrop Grumman produces composite fuselage stringers and frames for the Airbus A350 jetliner. With international travel restrictions in place as countries tried stopping the spread of COVID-19, demand for commercial airliners dropped.

“Our commercial aero work is actually spread over three different efforts, the largest of which is the A350,” Kathy Warden told analysts during a conference call earlier in the week.

Northrop Grumman expects to feel in the second quarter the full financial hit from COVID-19-related drops in demand for its commercial airline products. The drop in demand, though, will likely remain for the rest of the year. In response, the company is lowering its overall annual sales prediction.

“Commercial aerostructures represents about 1 percent of total company revenue, and demand has declined as global travel has been impacted by the pandemic,” said Dave Keffer, Northrop Grumman’s chief financial officer.

Northrop Grumman now predicts sales of between $35 billion and $35.4 billion for 2020, about 1 percent lower than its previous prediction.

Textron, which makes the Navy’s Ship-to-Shore Connector and V-22 tiltrotor aircraft through its Bell subsidiary, also has a sizeable civilian jet and turboprop business. A significant first-quarter drop in business aircraft sales and deliveries caused the company’s leadership to cancel its earnings prediction for 2020.

“We’ve suspended our earnings guidance for the year due to the uncertainty around the COVID-19 pandemic,” Scott Donnelly, the chief executive of Textron, told analysts during a conference call earlier this week.

During the first three months of 2020, Textron reported revenues of $2.7 billion, a $332-million or 11-percent drop from the $3.1 billion in revenues reported a year ago. Textron’s aviation segment – including its business aircraft – accounted for nearly 80 percent of the year-over-year revenue drop.

General Dynamics officials told analysts its defense business was the bright spot for the company. Government contracts continued paying and demand remained as expected. The company’s commercial side suffered because its Gulfstream subsidiary was not able to deliver completed aircraft to customers.

“The cash performance in the quarter was impacted by the COVID-19 outbreak, most notably at Gulfstream due to delayed customer payments associated with the net 11 airplanes we weren’t able to deliver,” Jason Aiken, the chief financial officer of General Dynamics, told analysts.

Companies are also taking advantage of changes to how government contracts are paid to help lessen the COVID-19-related financial blow to suppliers. In many cases, smaller suppliers produce parts to both the defense and non-defense manufacturers. Ensuring a steady cash flow to these smaller companies is seen as a way to keep the supply chain running, even as other business sectors slow down or halt operations.

“We are advancing approximately $30 million of payments per week to critical, small and mid-sized suppliers, and we expect these payment advances will exceed $200 million,” Warden said during the Northrop Grumman call.