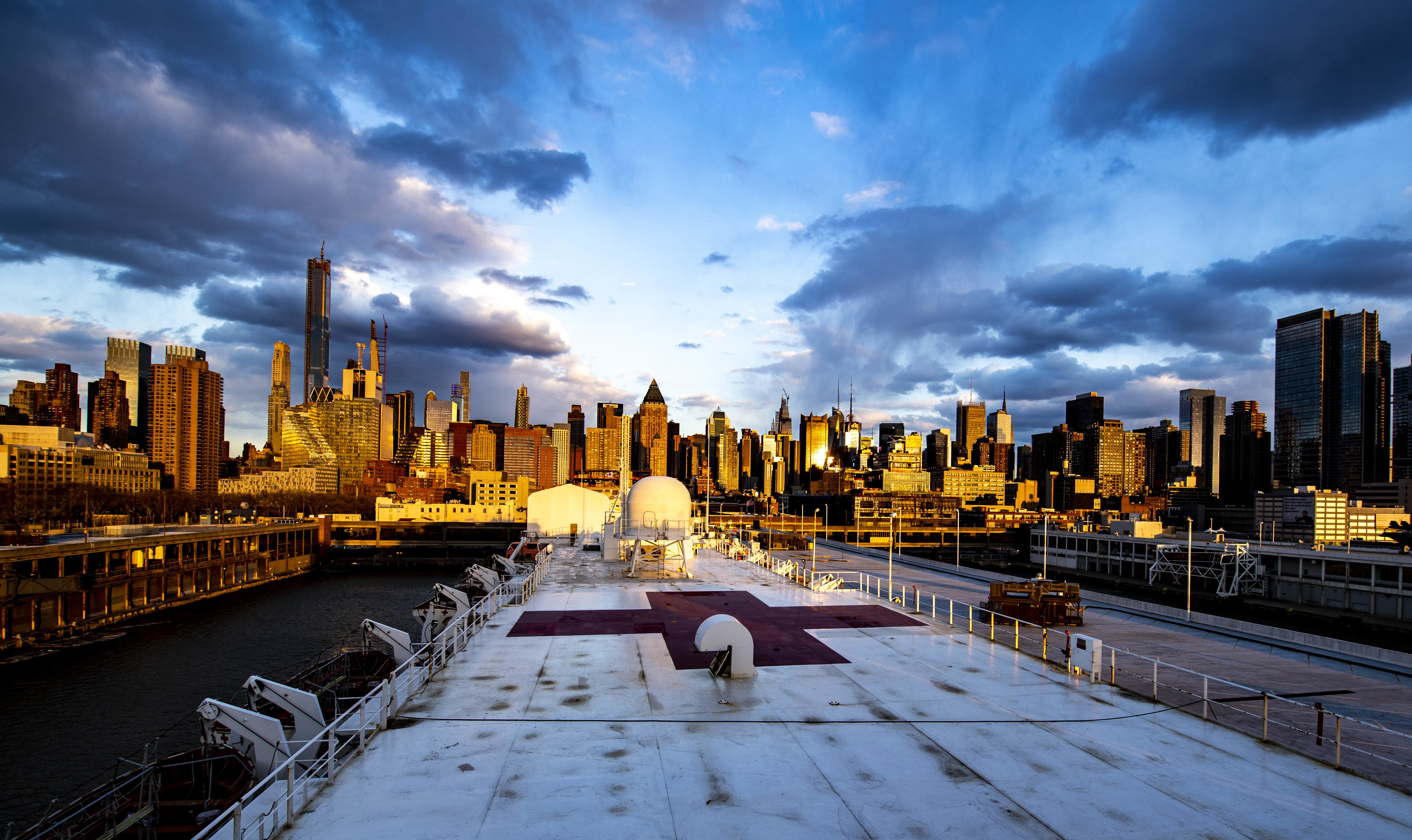 President Donald Trump said Tuesday that hospital ship USNS Comfort (T-AH-20) might end its COVID-19 support in New York City soon and return to its homeport in Virginia if it isn’t reassigned to another port to support the coronavirus mission.

Trump, speaking with reporters during an evening press conference at the White House, said Comfort was sent to New York City “more for a normal medical purpose, and we changed it over,” he said, referring the policy change on April 6 to enable care for COVID-19-infected patients aboard the ship. He had met earlier in the day with New York Gov. Andrew Cuomo to discuss the broader coronavirus response, which includes military medical support at a federal medical station in the city’s Jacob Javits Center.

“I asked Andrew if we could bring Comfort back to its base in Virginia, so we could have it for other locations, and he said we would be able to do that,” Trump said. “Javits Center has been a great help to them, but we will be bringing the ship back at the earliest time, and we’ll get it ready for its next mission, which I’m sure will be a very important one also.”

The Norfolk, Va.-based hospital ship, which has a 1,000-bed capacity, was sent to New York City to provide a relief valve and treat non-COVID-19-infected, trauma, surgical and emergency patients in a move designed to help local hospitals and free up their resources to treat those affected by the virus. It’s been berthed at Pier 90, at the city’s cruise ship terminals along the Hudson River.

The ship’s Medical Treatment Facility received the first patient on April 1 but since has only treated a few dozen – and even after Comfort was reconfigured to provide for a separate 500-bed facility to treat COVID-19 patients and, on April 17, began accepting patients from New Jersey. Some 800 of the MTF’s staff was relocated to a local hotel and shuttled to the ship for their shifts.

Navy officials have said Comfort, as well as its sister ship, the San Diego, Calif-based USNS Mercy (T-AH-19) that’s deployed to the port of Los Angeles in San Pedro to support the local COVID-19 mission, would remain at the request of local officials.

The Navy has not provided statistics on the number of patients that Comfort has treated.

“Daily updates will not be distributed or released,” the Navy stated in an April 18 update.

The hospital ship had left Norfolk in late March, cutting short some scheduled maintenance to quickly take on a larger crew of civilian mariners and get underway for New York with an embarked MTF that eventually numbered some 1,200 personnel.

New York, among one of the virus’ hot spots, has seen a reduction in its daily tally of COVID-19 deaths, with 481 deaths reported Monday, a drop from the 630 reported last Thursday.