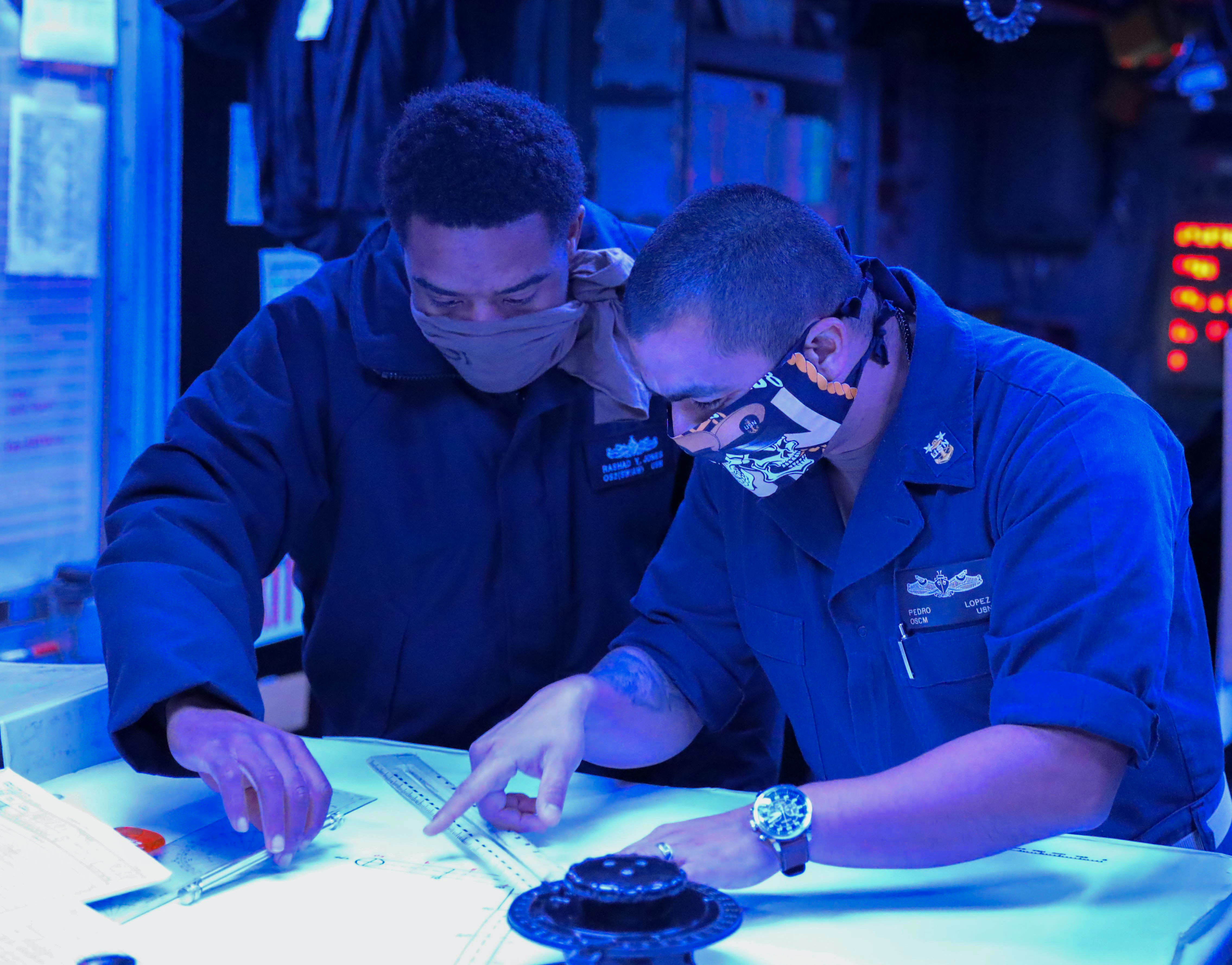 The Navy is continuing to refine procedures to prevent another outbreak of COVID-19 aboard its ships but is facing a barrier in fielding enough tests to root out the virus from deploying crews.

This week, the service released a new set of revisions for guidelines to the fleet to prevent and mitigate viral outbreaks onshore and at sea. The two evolving documents build on Centers for Disease Control and Prevention guidance and lessons from the COVID-19 outbreak on USS Theodore Roosevelt (CVN-71) that has resulted in the infection of 655 sailors and one death, Vice Adm. Phillip Sawyer, deputy chief of naval operations for operations, plans and strategy (OPNAV N3/N5), told reporters on Wednesday.

“We can protect our force, we can deploy our Navy, and we will do both,” Sawyer said.
“Face-coverings, hand-washing, ship-disinfecting are now part of our daily routine throughout the Navy.”

The new guidelines, particularly the 14-day isolation period, will give the service 95-percent certainty that ships will push off without the virus, but there is still a lack of reliable testing for crews preparing to get underway, Sawyer said. 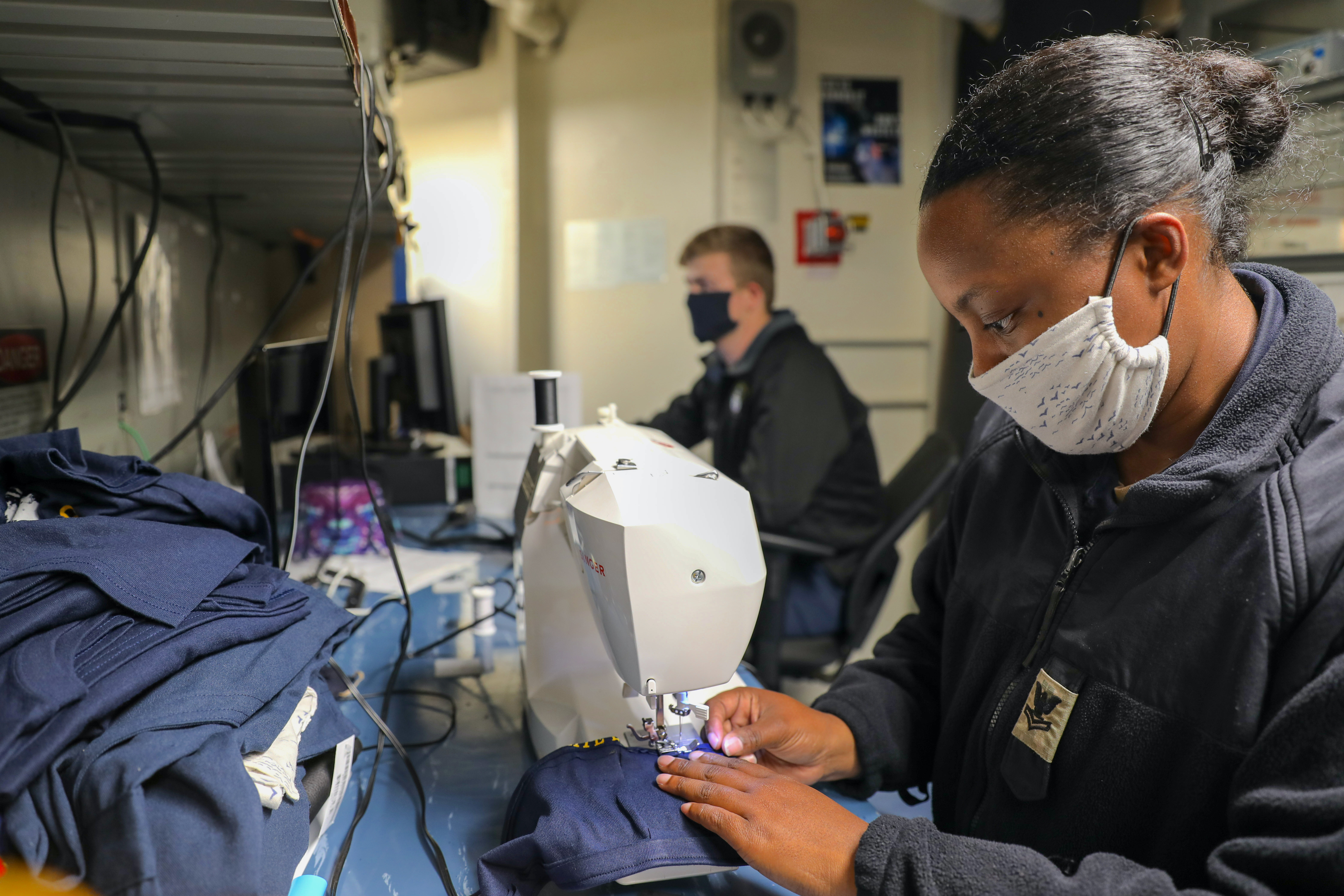 “This virus is tough, right? Because it takes a period of time to build up, to get to enough level in your body where the tests will actually show that you’ve got it. The other tough part about this virus is you can have it and be asymptomatic,” he said.

Out of the cases on Theodore Roosevelt, around 400 sailors were asymptomatic, adding to concerns that sailors in close quarters could spread COVID-19 without even realizing they were carrying the virus.

Sawyer said that the Navy was working to develop a testing regime for deploying units within the limits of both testing capacity and capability.

“We’re asking to test everybody to give me a level of assurance that before I go to sea, I’ve got a COVID-free crew,” he said.
“That’s the ideal.”

Nationally, there have been gaps in testing that are being felt in the military. Last week Chief of Naval Operations Adm. Mike Gilday said the Navy’s requirements would compete with the other services for testing. 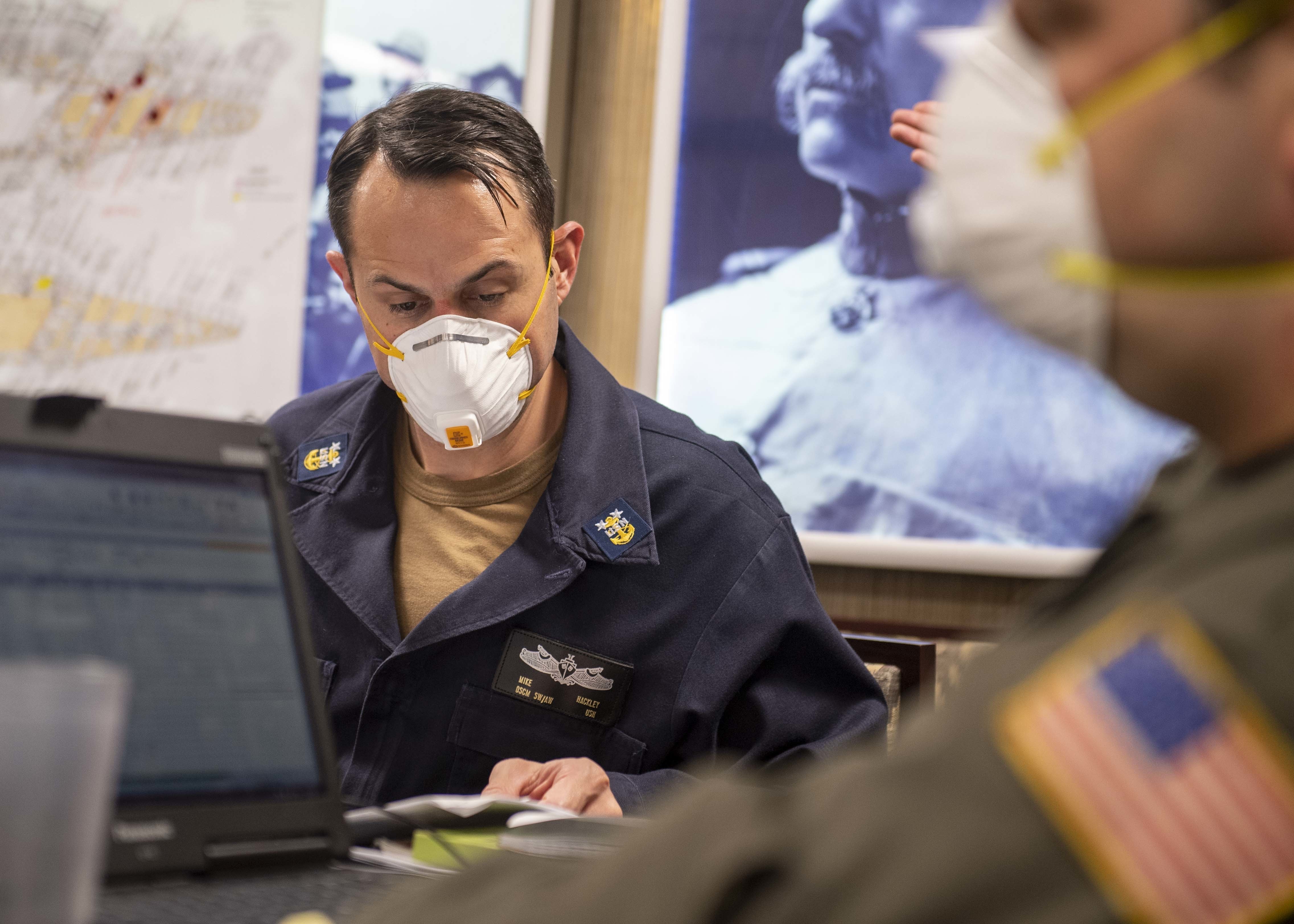 “We have troops that are in contact in Afghanistan. We have others on the ground in Iraq. We have special forces that are deployed around the world. Some of them may be in places where they could be at risk as well,” he said. “That may or may not drive the Navy to the head of the queue in terms of testing capability.”

The service is also working through how it will mitigate an outbreak at sea.

Operationally, commanders are weighing how to handle pandemics in the future.

In light of how heavily his forces have been affected by the COVID-19 outbreak in Europe, Adm. James Foggo, the head of naval forces in Europe and Africa, sees “germs” as a new domain of operations to consider during military planning.

“It used to be enough that you did a physical exam on the troops and a dental exam. I remember that was a precursor to anybody getting on a submarine for deployment… And we did vaccinations – so you had to get your yellow fever, if you’re going to go someplace in the tropical climates you had to take your malaria meds – well that won’t be sufficient in the future,” Foggo said during a virtual Sea-Air-Space event online in lieu of the Navy League’s canceled annual symposium in Maryland.
“We’re going to have to plan ahead on how to protect the force against something like the coronavirus until we get a vaccine against COVID-19, and then beyond that there will be a next coronavirus, and I think we’ll be much better prepared for that in the future.”

Foggo cited an example of a sailor that had been on an unnamed ship that recently fell ill with flu-like symptoms. The sailor’s COVID test came back negative, meaning the Navy could safely bring the sailor ashore for treatment without worrying about the rest of the crew of about 25, and they were sent back out to sea and remain COVID-free.

“Those are the kinds of measures that we’ll have to take to protect our force so our force can continue to protect you because we can’t afford to take anybody off the line in a day of great power competition where we have adversaries, we have competitors and most importantly we have violent extremists that want to take advantage of any chink in the armor and attack us at an untoward moment,” he said.