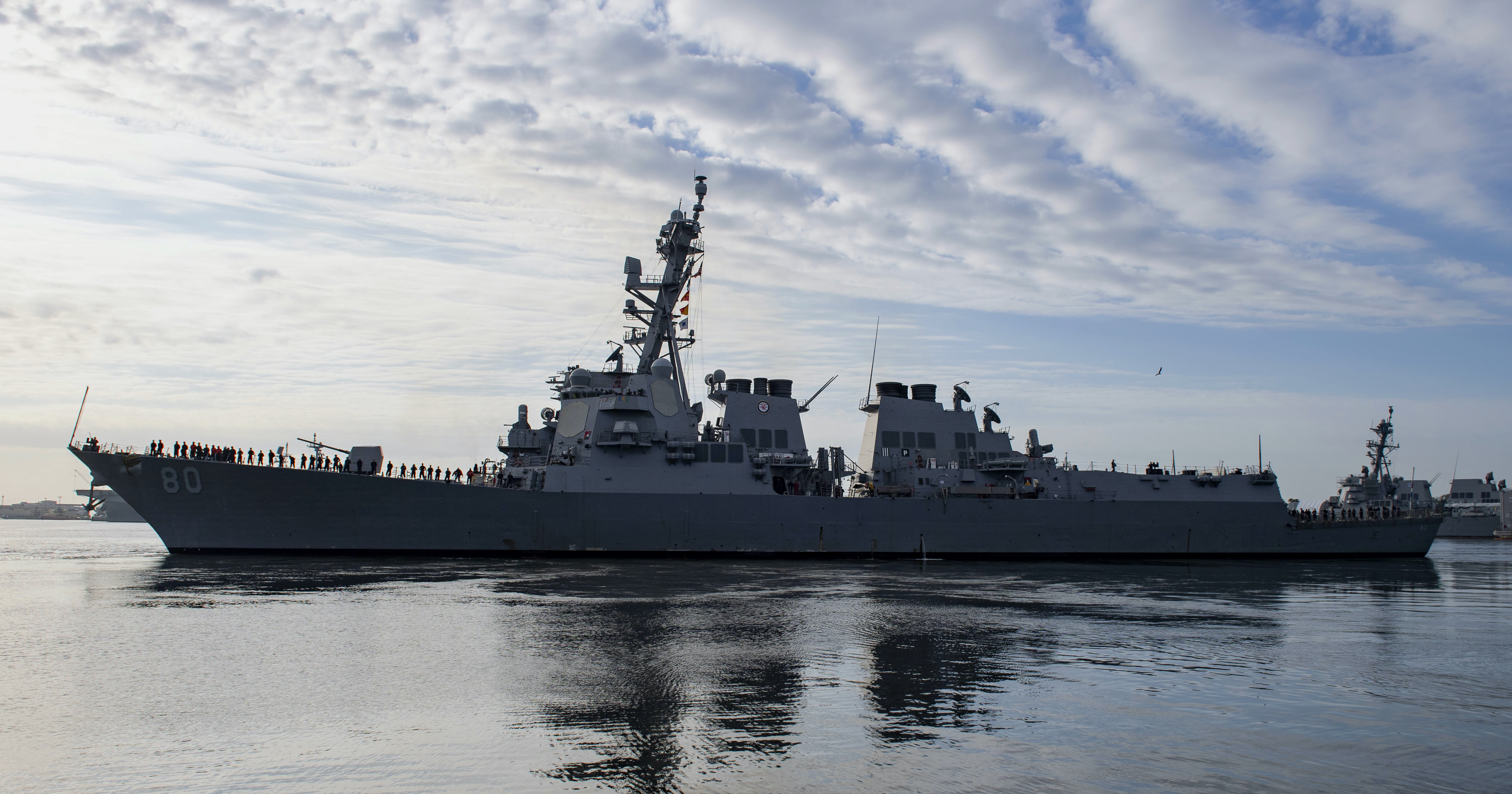 Arleigh Burke guided-missile destroyer USS Roosevelt (DDG-80) is now operating in U.S. 6th Fleet as the newest hull in a quartet of U.S. warships based in Spain, the service announced on Tuesday.

Roosevelt left Mayport, Fla., last month to replace USS Carney (DDG-64) as part of a planned swap of the destroyers that have been based in Europe since 2015 as part of the U.S. European Phased Adaptive Approach to ballistic missile defense.

The destroyer will join USS Ross (DDG-71), USS Donald Cook (DDG-75) and USS Porter (DDG-78) based in Naval Station Rota, Spain. The other three destroyers will also slowly cycle out of 6th Fleet back to the U.S. by 2022.

“The arrival of Roosevelt is a tangible demonstration of our continued commitment to operate forward in support of our national security interests,” Vice Adm. Lisa Franchetti, commander of U.S. 6th Fleet, said in a statement.
“Our forward-deployed destroyers out of Rota, Spain, conduct the full range of maritime operations and provide unwavering support to our allies and partners across the region.”

Roosevelt is equipped with the modernized Baseline 9 Aegis Combat System that allows the destroyer to simultaneously track, target and fire on fighter and cruise missile threats as well as interdict ballistic missile threats. The previous quartet of forward-deployed destroyers can only conduct either BMD or traditional air warfare missions at once. However, they were modified with Raytheon’s Sea Rolling Airframe Missile (SeaRAM) to enhance their self-protection ability while conducting the BMD mission.

The destroyers are paired with two Aegis Ashore BMD facilities in Europe – one operational in Romania and one in Poland that’s suffered construction delays.

On Monday, Rota-based destroyer Porter transited the Bosphorus into the Black Sea to work with other nations like Romania, Turkey and Ukraine.

U.S. warships have maintained a steady presence in the Black Sea since Russia seized the Crimea peninsula in 2014.