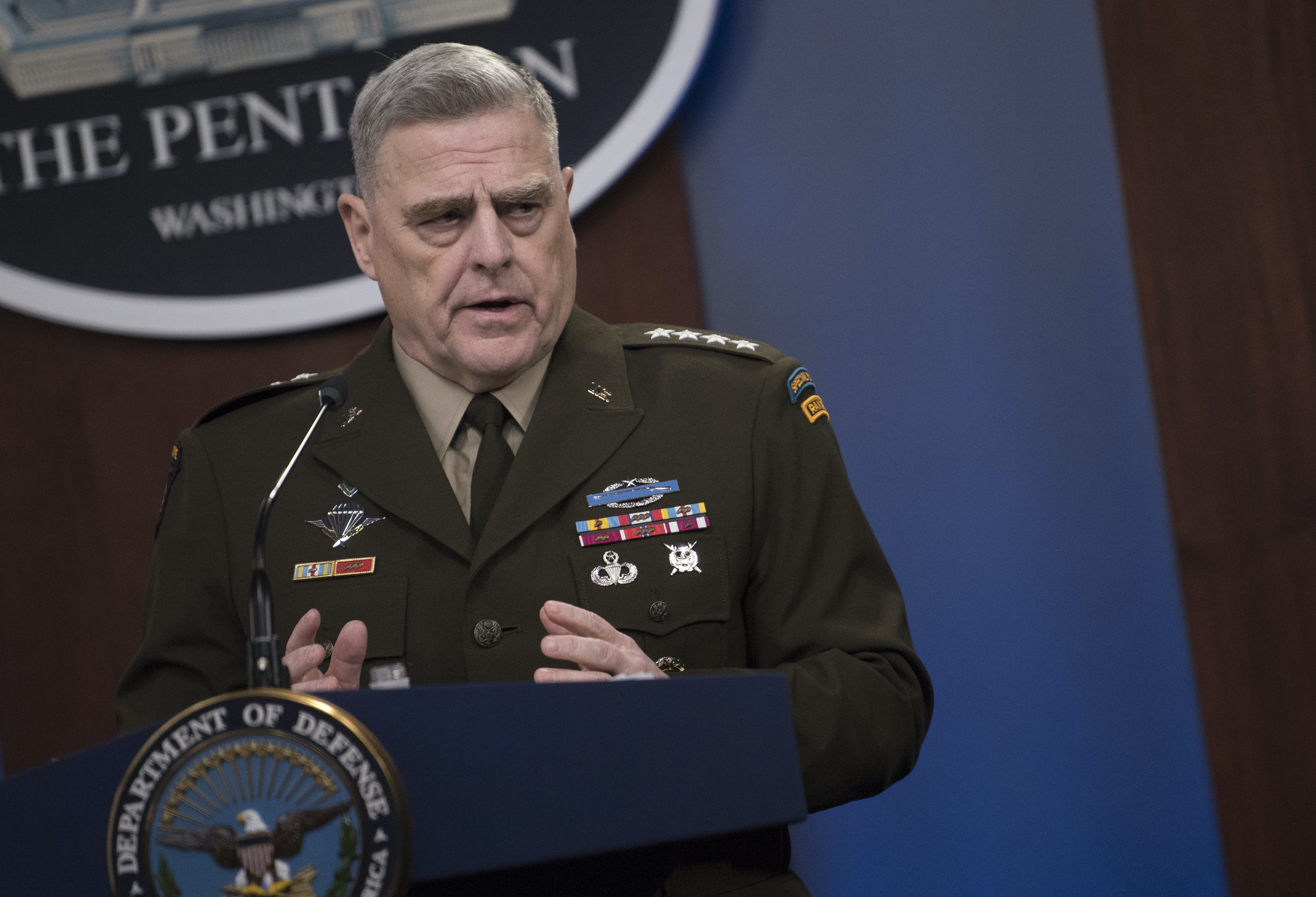 Secretary of Defense Dr. Mark T. Esper and Chairman of the Joint Chiefs of Staff Army Gen. Mark A. Milley speak to reporters at the Pentagon, Washington, D.C., on March 2, 2020. DoD Photo

The Truman Carrier Strike Group will stay at sea at least until the Nimitz CSG is ready to deploy, Chairman of the Joint Chiefs of Staff Gen. Mark Milley said on Tuesday.

In order to avoid repeating a similar COVID-19 outbreak that sidelined aircraft carrier USS Theodore Roosevelt (CVN-71) in Guam, the Pentagon and the Navy decided this week to keep surge carrier forces at sea.

On Monday, U.S. 2nd Fleet announced it would keep USS Harry S. Truman (CVN-75) and its escorts at sea in the Atlantic to lower the risk of an outbreak of the virus and preserve U.S. offensive power, USNI News reported.

“We made a decision, the [Secretary of Defense] made a decision and the Navy made a decision to keep the Harry S. Truman at sea so that we had at least two carriers at sea at a moment’s notice,” Milley said in a briefing with reporters.
“We’ll keep the Harry S. Truman at sea until next up, which is the Nimitz, sets sail, which we expect to set sail shortly. That was a conscious, deliberative, operational decision in order to make sure that we had carrier strike group capability at sea.”

In Bremerton, Wash., USS Nimitz (CVN-68) is nearing the end of a 14-day pier-side isolation period before heading to sea for pre-deployment training. In California, its escorts, command staff and Carrier Air Wing 17 are observing the same 14-day period before the elements of the strike group begin the complicated process of coming together later this month, USNI News understands. 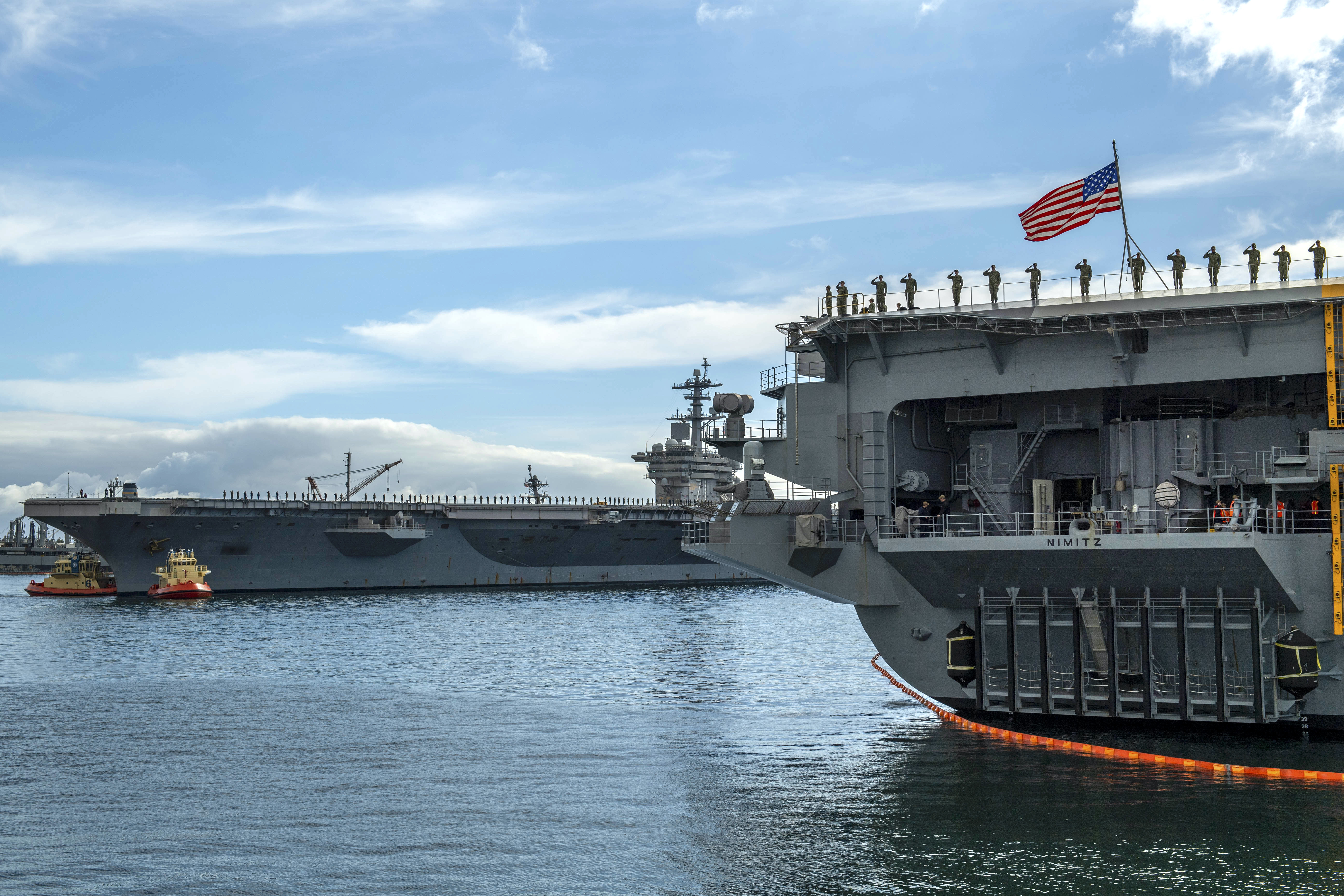 The strike group has been in workups for the last several months and is expected to complete the final set of certifications before the Navy deems them able to deploy. While U.S. Pacific Fleet has been coy about ship operations and training, the Nimitz Strike Group has yet to complete its graduation exercise required to be certified to deploy. A strike group Composite Training Unit Exercise (COMPTUEX) that tests how well an air wing, escorts and the carrier works in concert can take up to a month or more.

On the East Coast, 2nd Fleet commander Vice Adm. Andrew Lewis would not say how long Truman and its escorts would remain at sea, only that the command expected to give the crew’s families an update in about three weeks.

While the Navy has not detailed plans for the Nimitz Strike Group, it is likely that the crew of the strike group will remain sequestered until the start of its deployment. Last year, the East Coast-based Bataan Amphibious Ready Group and Truman CSG both began their deployments immediately after their COMPTUEXs without returning to port first.