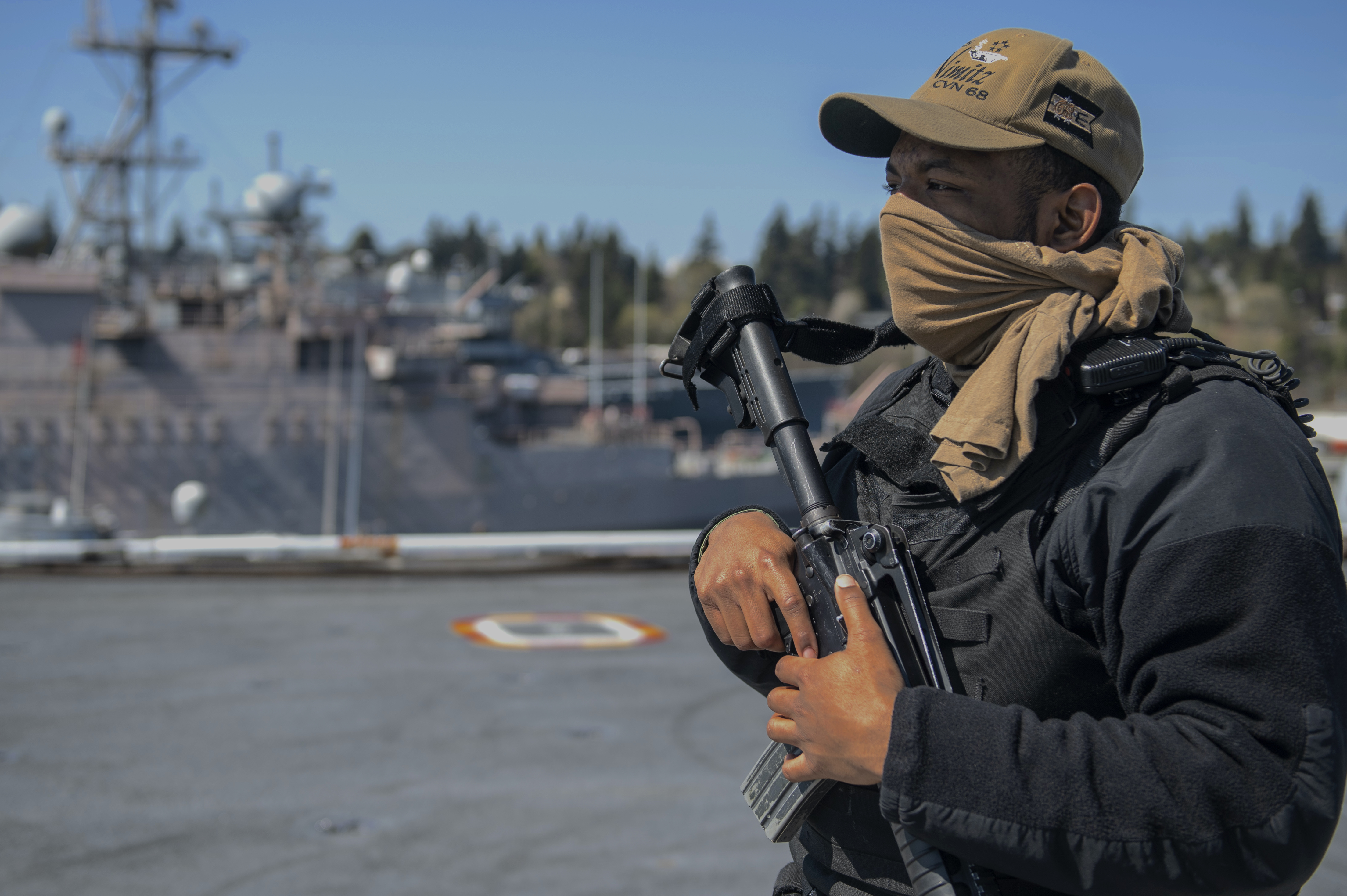 The Navy is organizing a hodgepodge of directives designed to combat COVID-19 into clear rules that would strive to prevent a similar outbreak like the one that’s kept USS Theodore Roosevelt (CVN-71) tied to a pier in Guam.

As of Thursday, the bulk of the 4,800-sailor crew – about 10 percent of which has contracted COVID-19 – is now being quarantined in Guam. One sailor is battling the virus in intensive care. The carrier is operating with skeleton watches while healthy crew members wait out 14-day hold periods in hotels and spare rooms across the island. 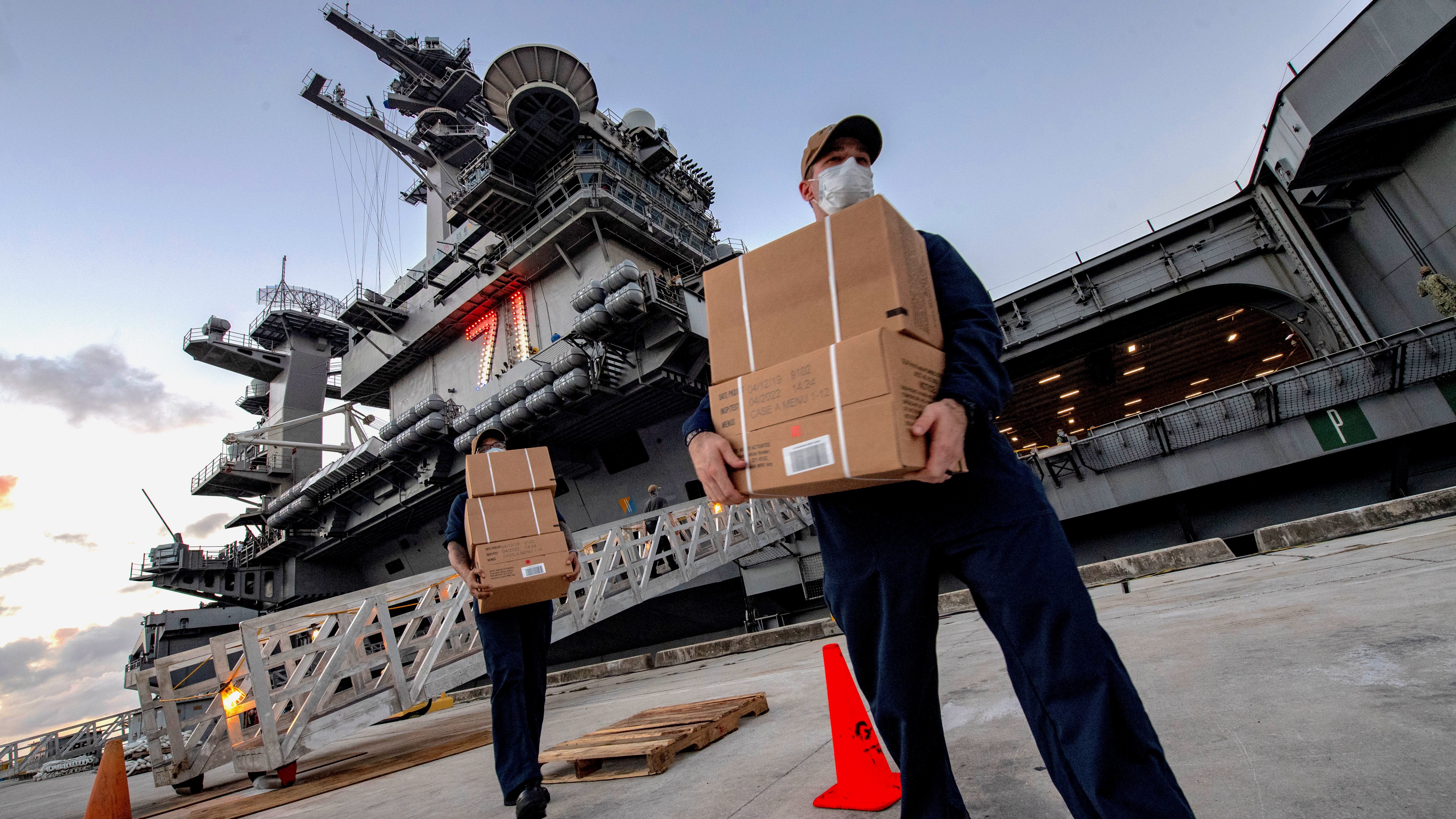 U.S. officials insist, Roosevelt could gather its sailors and deploy at short notice from Guam if needed. “If there was a conflict, that ship is capable of going into the fight,” Deputy Secretary of Defense David Norquist told reporters at the Pentagon on Thursday.

Still, unless the Pentagon wants Roosevelt’s crew to fight while sick, the virus has effectively sidelined a carrier. The Navy isn’t interested in COVID-19 taking out another ship.

The new guidance, overseen by Vice Chief of Naval Operations Adm. Robert Burke, is a collection of lessons the Navy has learned since operating during the global pandemic to quickly handle outbreaks when they occur and prevent another Roosevelt.

“Over the next 24 hours, Navy will be publishing its COVID-19 Mitigation and Prevention Frameworks. Draft versions of these frameworks were sent to the fleet over the weekend,” VCNO spokeswoman Lt. Cmdr. Beth Teach told USNI News on Thursday. “These frameworks are applicable to deployable units and key enabling commands, allowing fleet, type or operational commanders to refine (expand or contract) this guidance based on the most recent lessons learned, local conditions, and operational requirements.”

The directives, obtained by USNI News, provide basic unit-level guidance on how to react to specific health threat conditions for sailors in conditions from underway to off-duty. Another set of directives give basic guindance on how to prevent, identify, contain and manage COVID-19 cases on a unit level.

Until now, Navy leadership shied from creating rigid guidelines that might interfere with Pacific and the Atlantic commanders preparing their forces to fight. That risked leaving gaps in policy that could lead to a viral outbreak, potentially crippling a warship.

However, in light of the situation on Guam, the Navy is under pressure from Congress to tell the fleet and the public what it’s doing to keep the pandemic off ships, and how commanders will react when an outbreak happens.

“Our military service leaders need to set clear unit-level policies to prevent service members from getting and transmitting COVID-19 and to support unit leaders with the tools and resources needed to respond to and mitigate outbreaks as they occur,” Senate Armed Services Committee chair Sen. James Inhofe (R-Okla.) said earlier this month.

To date, the Nimitz Carrier Strike Group is the first major fleet formation in line to deploy under the new set of guidelines, Chief of Naval Operations Adm. Mike Gilday told a small group of reporters on Thursday, according to a transcript obtained by USNI News. 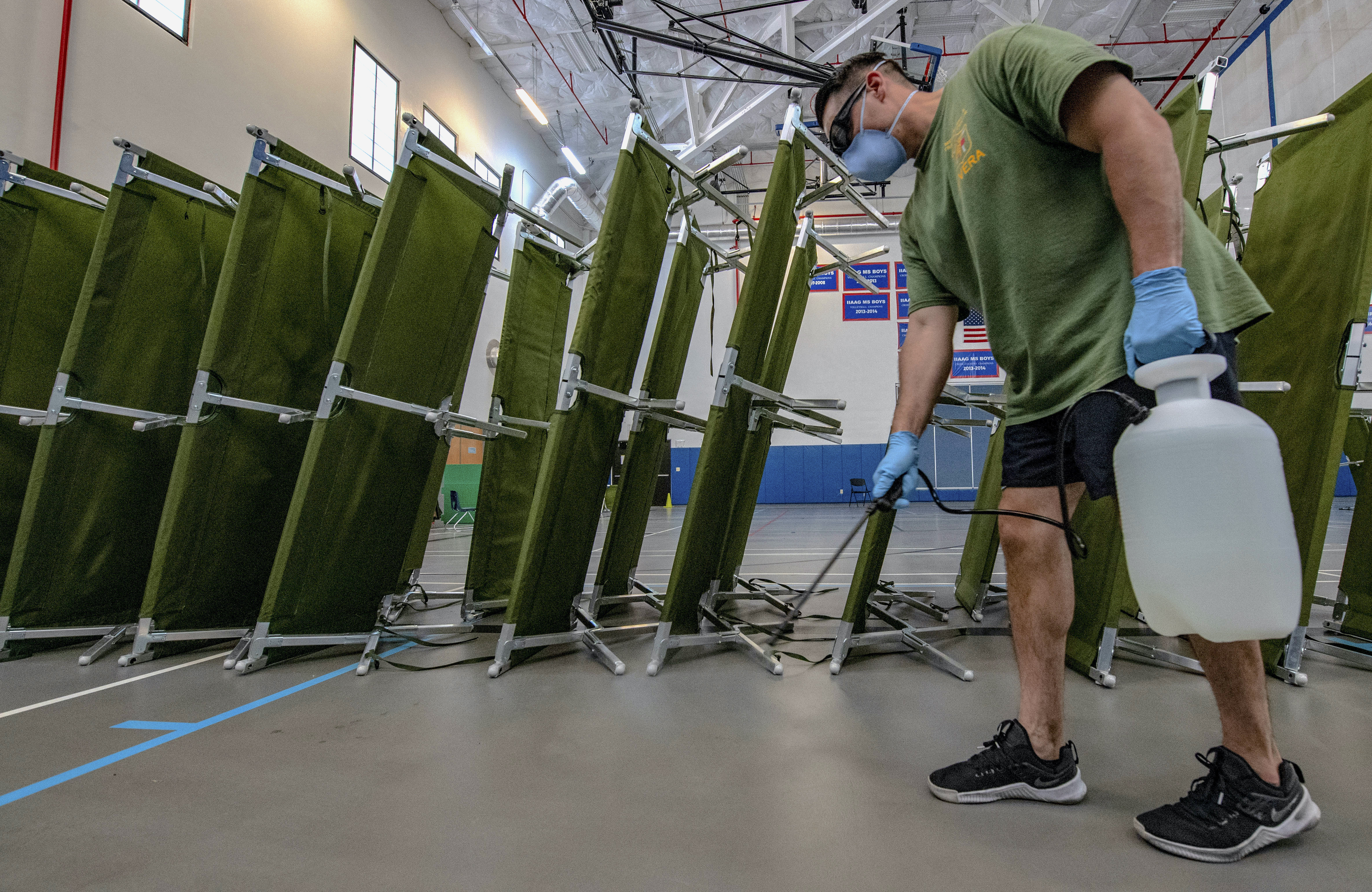 The crew of USS Nimitz (CVN-68) has so far been sequestered inside the skin of the carrier for nine days of a 14-day restriction of movement (ROM) period before heading to sea for pre-deployment training. The squadrons of Carrier Air Wing 17 are likewise sequestered at their own home stations until they fly aboard Nimitz next week.

“We put out some detailed guidance right in the beginning and have refined it over time just in terms of the preventative measures that we need to take in ships, submarines, aircraft squadrons in our installations. And then we learned a lot from [Roosevelt],” Gilday said.
“So that entire strike group, including the ships that will accompany her on deployment, they’re in a 14-day ROM period before they head to sea for their intermediate- and advanced-level training and finally their deployment certification.”

Sailors on the ships and the squadrons are medically screened daily for signs of the virus.

For example, a sailor aboard Nimitz came down with COVID-19-like symptoms and was quickly isolated from the crew. Subsequent tests were inconclusive, but the incident sparked a contact investigation and additional monitoring.

While the medical checks are helpful, “what I wish we had was greater capacity really to test all those people all at once,” Gilday added.

Quick and accurate testing for COVID-19 is becoming the greatest barrier to keeping the virus contained, he said. 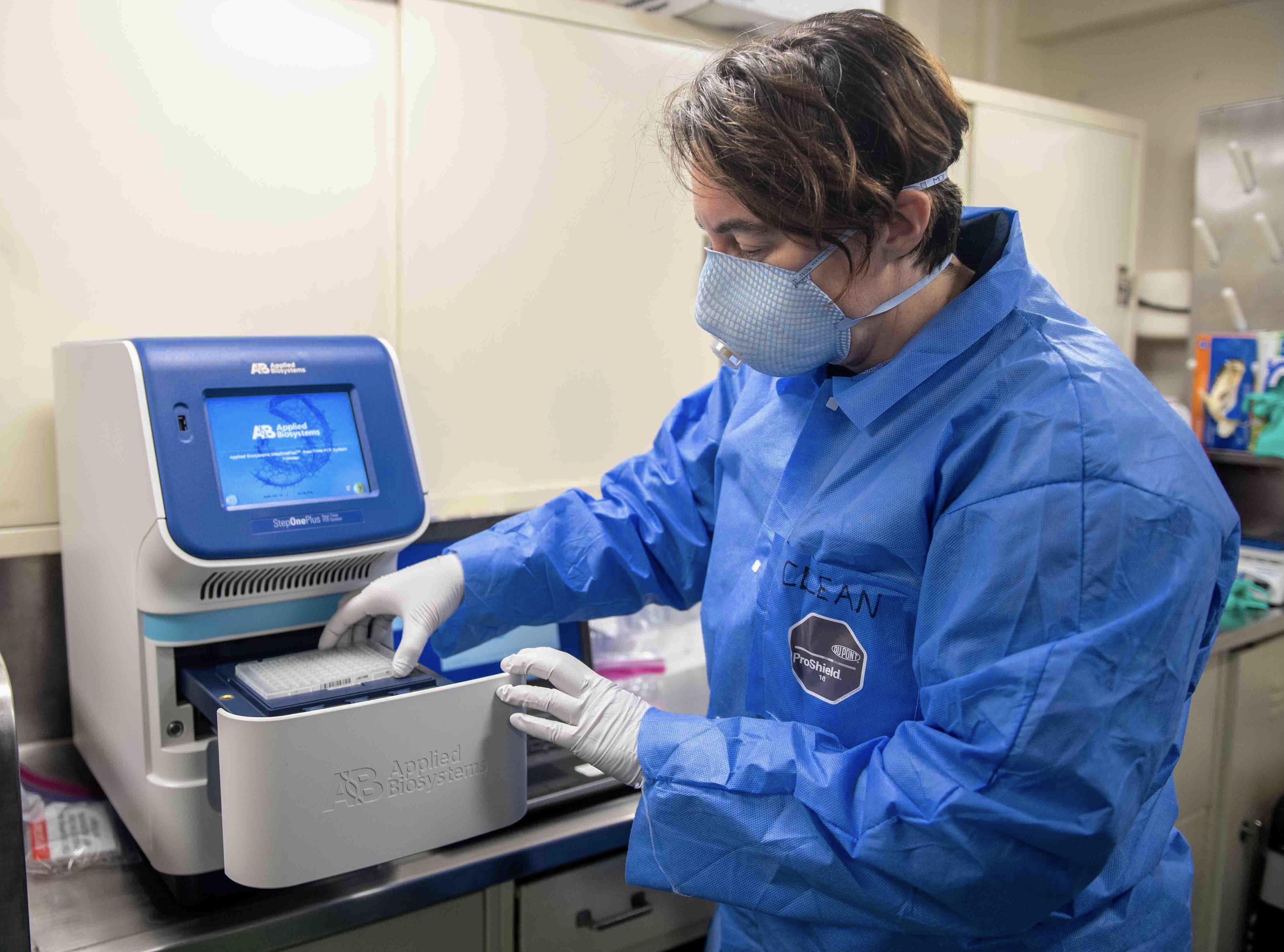 Roosevelt and USS America (LHA-6) have deployed a limited viral test that could be processed in labs aboard ships. However, the shipboard tests are unable to determine definitively if a sailor has COVID-19 versus another flu-like virus. Swabs from sailors for conclusive tests can be collected aboard but have to be processed at labs onshore.

While the Navy’s woes have been frontpage news, Gilday said that there are other strategic priorities for testing across the Department of Defense.

“We have troops that are in contact in Afghanistan. We have others on the ground in Iraq. We have special forces that are deployed around the world. Some of them may be in places where they could be at risk as well,” he said. “That may or may not drive the Navy to the head of the queue in terms of testing capability.”