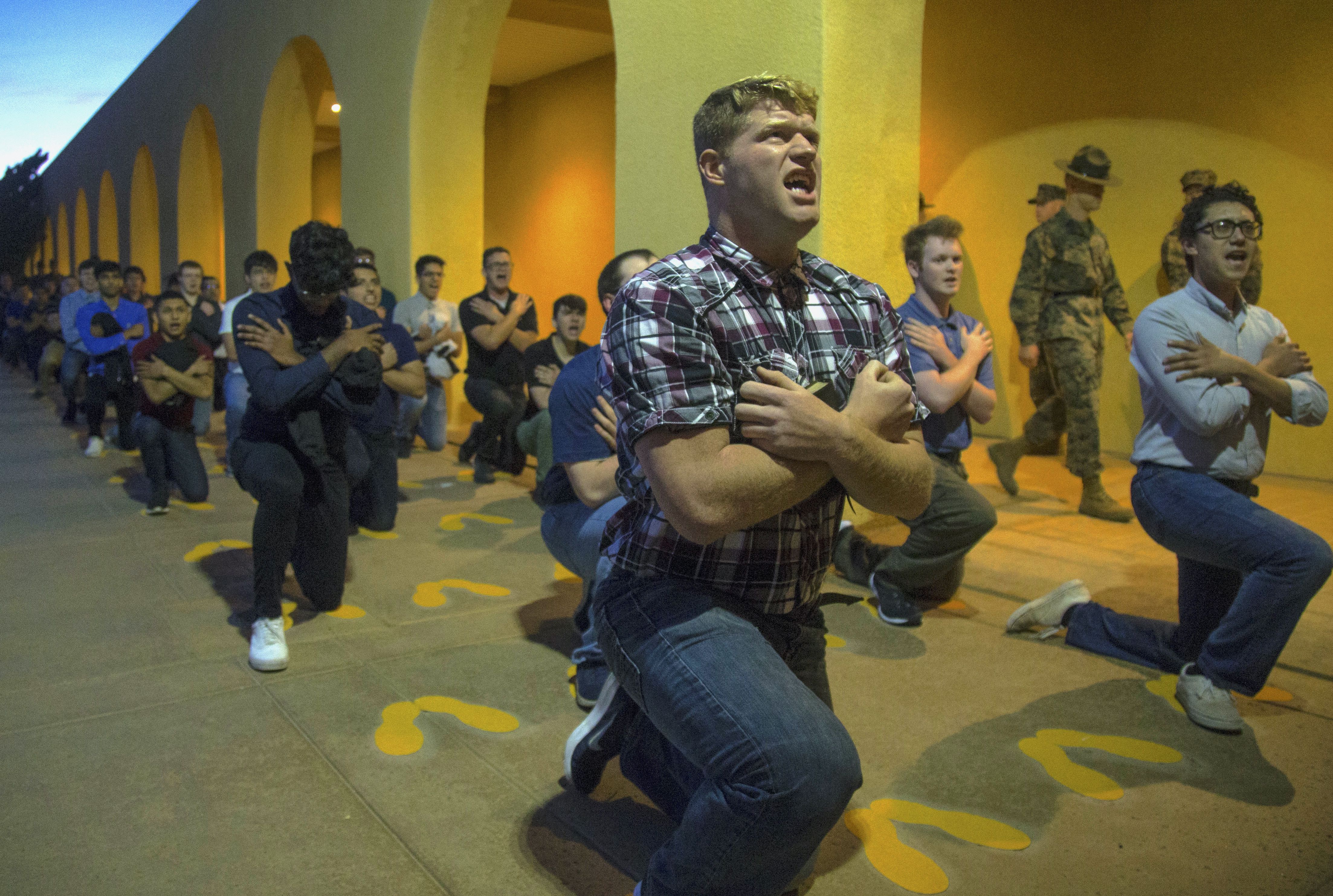 SAN DIEGO — When the newest Marines leave the parade deck after Friday’s graduation ceremony at Marine Corps Recruit Depot San Diego, they will be heading to Camp Pendleton, Calif., on orders to directly report to their first training course as bona fide Marines.

No Friday lunch celebration with families. No weekend barbecues with friends in their hometowns.

Instead, the men from Platoons 1061 to 1065 with Delta Company, 1st Recruit Training Battalion, in San Diego will graduate April 3 and make a beeline to Camp Pendleton, Calif., to begin their initial training as Marines. There, at the School of Infantry-West, they will undergo training as riflemen and infantrymen, depending on their assigned military occupational specialty.

The recent order by the Marine Corps commandant canceled the 10-day leave standard for new Marines as a measure to protect Marines and their families from further exposure to COVID-19. “There’s no leave. They are going directly to SOI,” said Capt. Martin Harris, a recruit depot spokesman. “They’re not going to be granted liberty outside the 52 Area,” the Camp Pendleton home to SOI-West and its main courses, Marine Corps Training and Infantry Training battalions.

The COVID-19 outbreak has forced military officials to cancel public attendance at recruit graduations, eliminating, for now, days of activities with big crowds of families and friends who travel to attend organized events including almost-weekly recruit graduations at the Marine Corps’ two boot camps in San Diego and Parris Island, S.C., and at Naval Training Center Great Lakes, Ill. 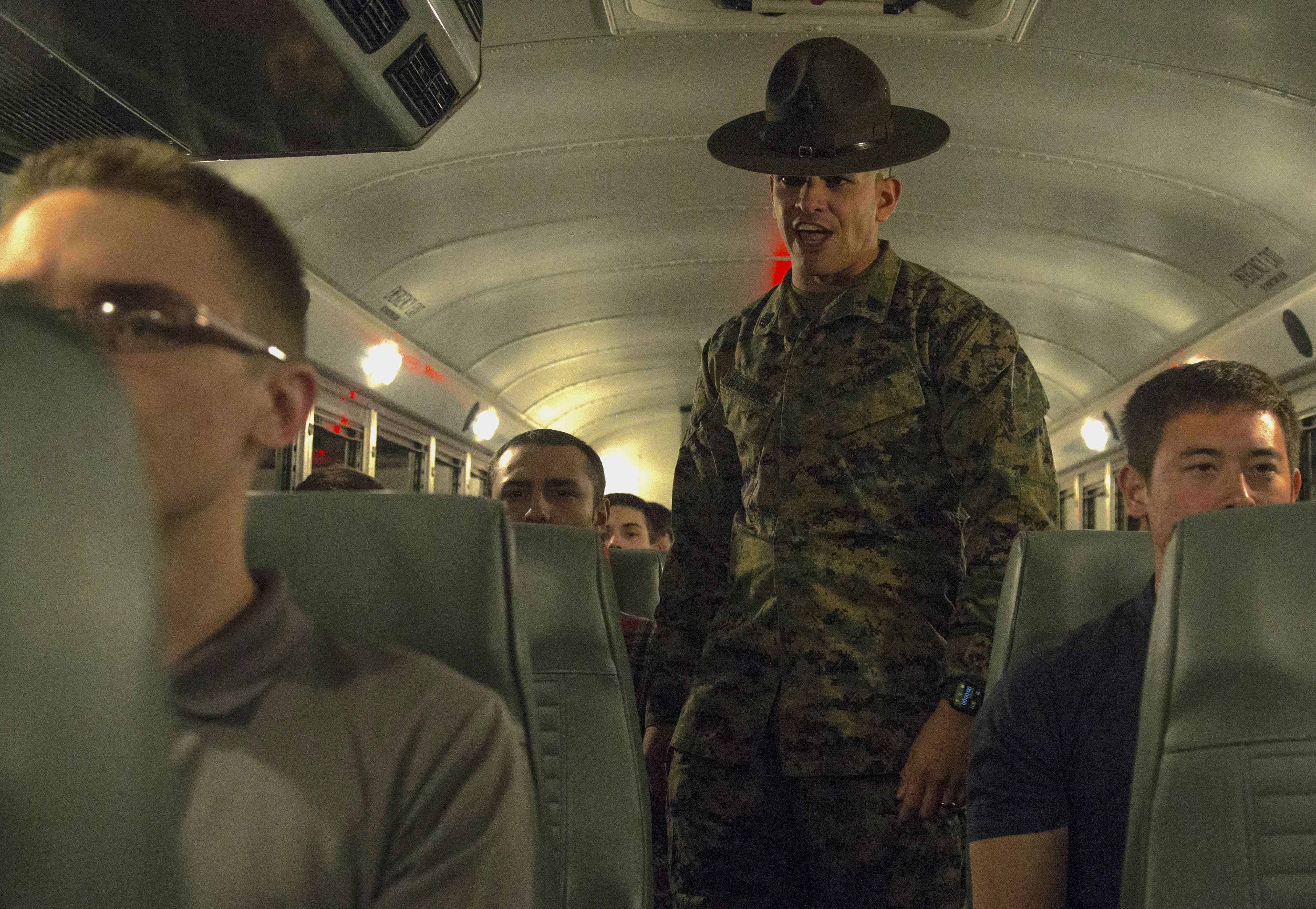 As of Thursday afternoon, no one at MCRD San Diego had tested positive for the coronavirus among less than a dozen who have been tested, Harris told USNI News. “We haven’t had anyone in the recruit training staff or recruits test positive. We had a positive (test) in one of the permanent personnel…about two weeks ago. They didn’t have any contact with any recruits.”

As the new Marines with Delta Company prepared for today’s graduation, about 200 new recruits arrived in San Diego earlier this week – that’s a drop of nearly 50 percent from the week before – and began training with Bravo Company, 1st Recruit Training Battalion.

No new recruits were scheduled to ship to San Diego next week, Harris said. “The next time recruits will potentially ship to MCRD will be on April 13. Obviously, conditions and situation at that time will dictate if that occurs on schedule.”

While COVID-19 infections have put a halt to shipping of new recruits to Parris Island, the San Diego recruit depot has continued to receive and train recruits without interruption for the 13-week syllabus. But depot officials have implemented measures, including social-distancing rules, intended to reduce any potential spread of the virus, which can be deadly, if it surfaces among the recruit depot population. New recruits are undergoing medical checks, including screening of those at military entrance processing stations before shipping out for training, that include screening for exposure to the virus. “The initial screening started before they left home,” Harris said.

From extra space on buses and on the famed “yellow footprints,” newly arriving recruits are still put through the hectic, stress-induced first days aboard the depot. But “social distancing standards are in place,” Harris said, including in the chow hall and in dedicated classrooms where recruits will spend much of the first two weeks. “They’re being deconflicted by time and space.” 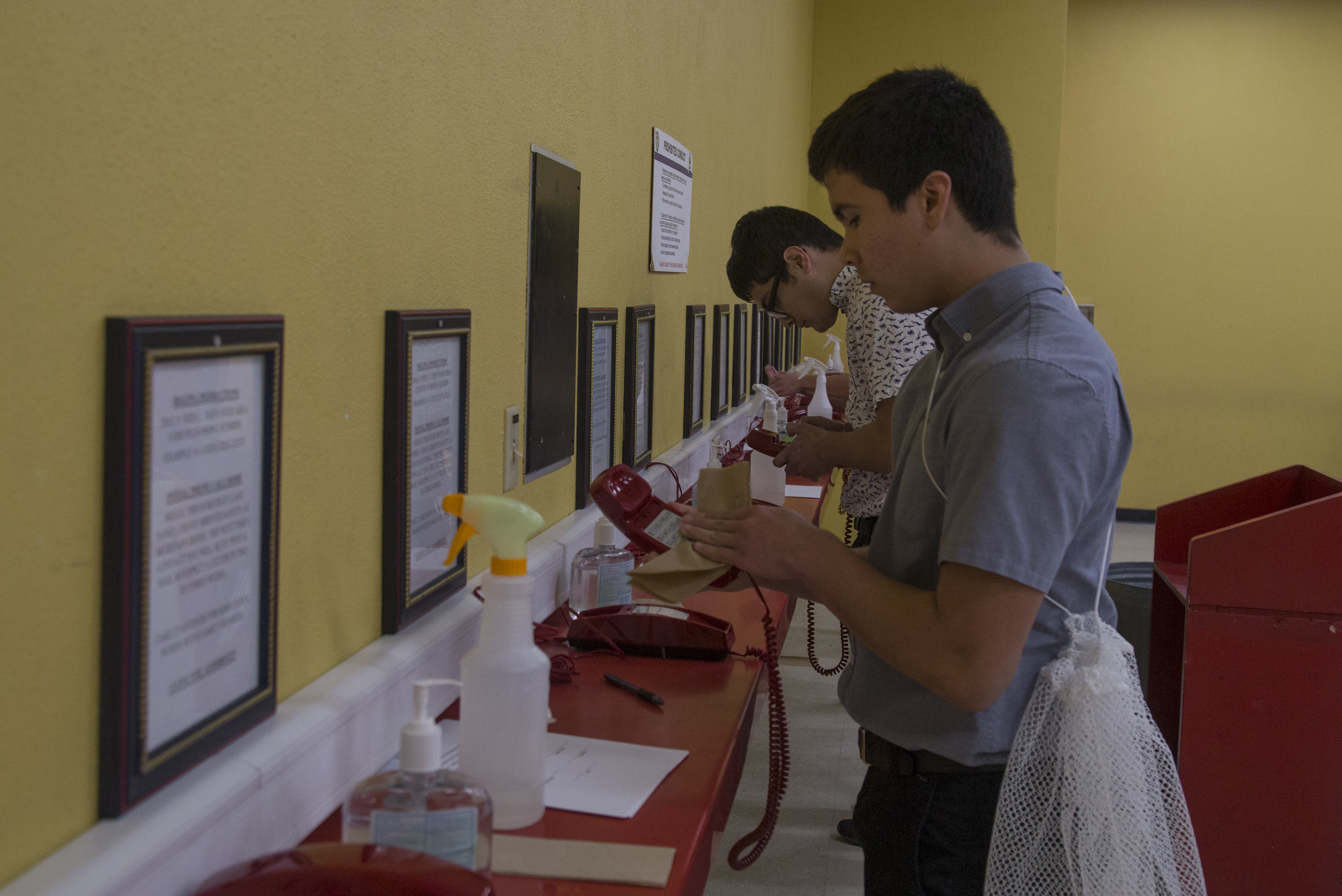 In the barracks, bunks in the barracks have been spread out, and usually strict cleaning regimens have taken on added focus. The command’s messaging has been reminders about good hygiene, changing clothing and linens daily, even showering more frequently. In the rapid, stressful schedule of training, however, recruits aren’t getting more time to do so. “It’s more deliberateness to it,” said Harris.

At Edson Range in Camp Pendleton, instructors have spread out firing positions. While social-distancing rules are promoted, some training, such as close-order drill, martial arts and marksmanship, require closer interaction and handling of recruits by instructors. Recruits, in the first two weeks, also are getting a bit more time with their senior drill instructors “and a few more of the ethics, leadership and mentoring earlier in the training because of the movement restrictions implemented by the Marine Corps.

Commanders still have some discretion in training. “There is the possibility to flex and to shift those things, where it makes sense. Everything is fluid right now.,” Harris added. “People are coming up with creative ways to train… and do things that make sense.” 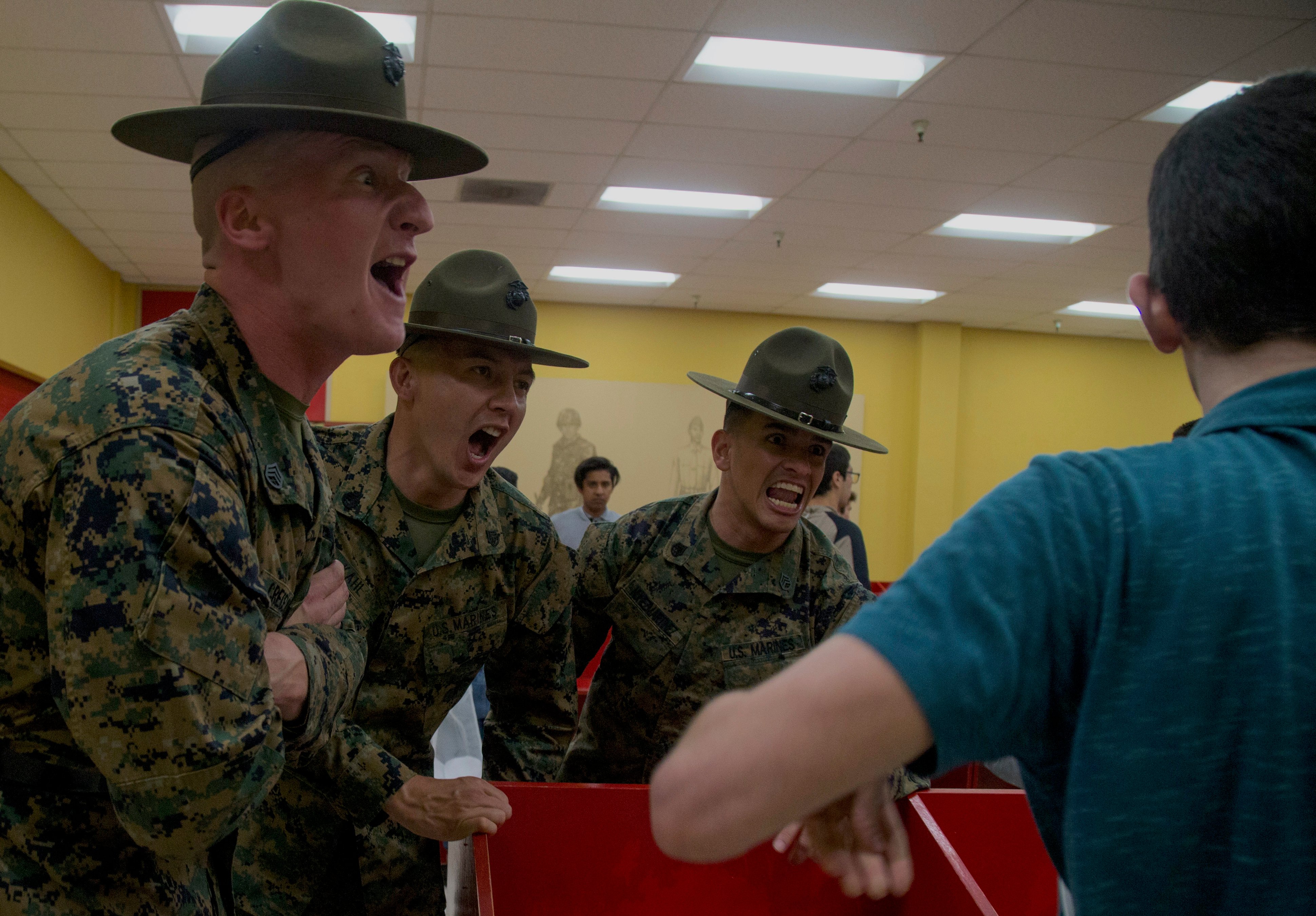 The Marine Corps’ recruit depots typically get fewer recruits into their training companies during the winter months, far fewer than the busier summer and fall months, which in effect has eased somewhat the impact of the COVID-19 mitigation measures. It’s unknown yet just how long the movement restrictions and social-distancing rules will remain as the COVID-19 epidemic continues to spread across the country.

“This is certainly not business as usual for us,” Brig. Gen. Ryan Heritage, the MCRD San Diego commander, said in a message to local community leaders. “We understand that the path through this crisis requires a unified effort, and we will do our part as proud members of the San Diego community to safely continue our important mission.”