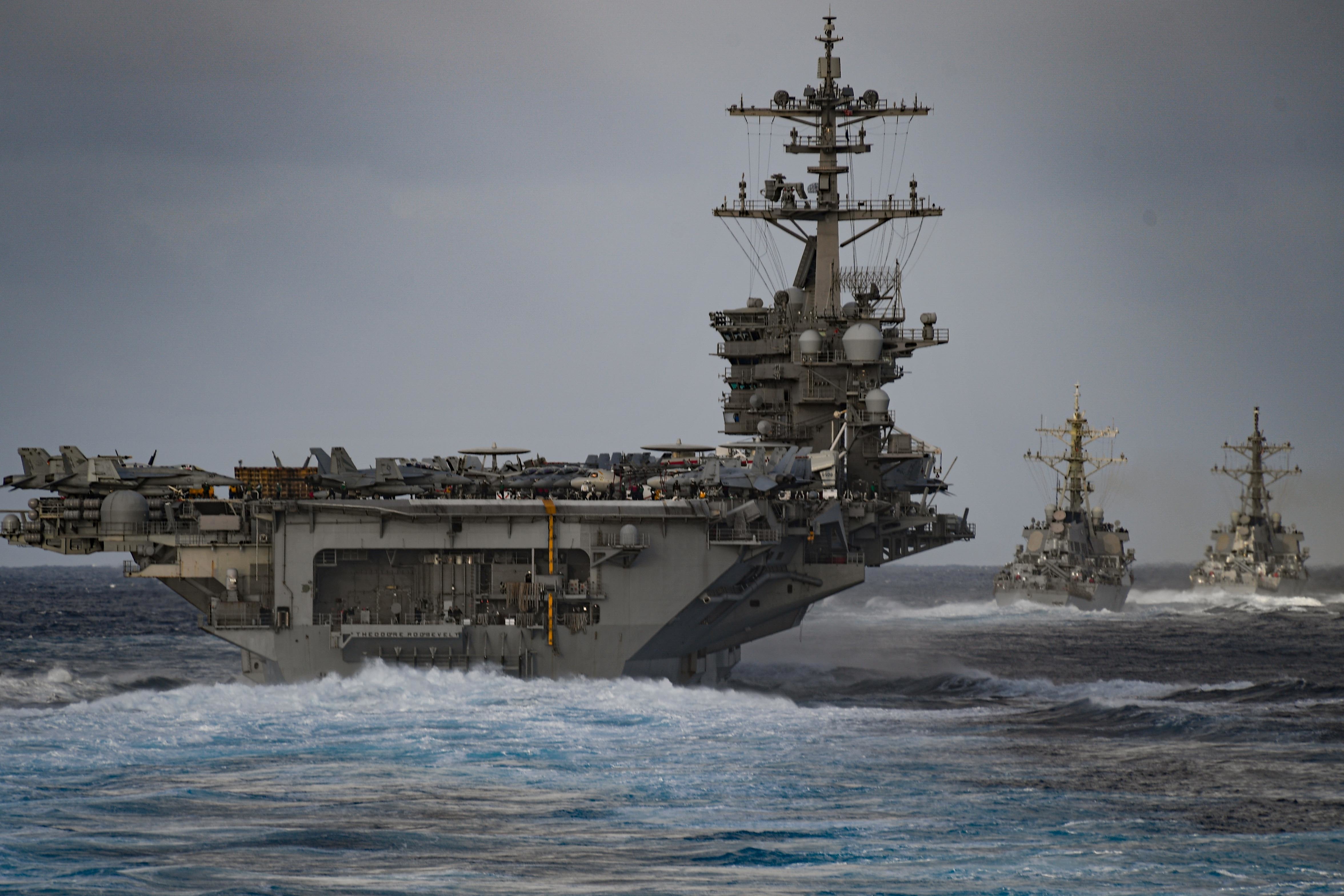 Navy officials are working with the government of Guam to find space to house quarantined sailors from the aircraft carrier USS Theodore Roosevelt (CVN-71) as a COVID-19 outbreak has spread through the crew, the commander of U.S. Pacific Fleet told reporters on Tuesday.

Roosevelt has been pier-side at Naval Station Guam since the weekend after sailors were discovered to have contracted the virus somewhere between a port visit to Vietnam in early March and an underway period in the Western Pacific.

Without giving the number of crew currently infected, Adm. John Aquilino said the Navy was working to expand how many sailors could be tested and isolated to staunch the spread of the virus throughout the ship’s crew and start a process to decontaminate the ship and its crew.

“We’re utilizing those assets that we have while at the same time working towards providing better capability,” Aquilino said. “Specifically, working through the governor of Guam to potentially identify some hotels that could meet the needs.”

In addition, the Marines are sending expeditionary medical capability from III Marine Expeditionary Force to Guam to assist with the effort.

Aquilino’s call with reporters follows the publication of a memo from the carrier’s commander Capt. Brett Crozier to Pacific Fleet leadership. Crozier called for quarantining the carrier until the crew of 4,000 was clear of the virus and the ship had been thoroughly decontaminated.

The Navy’s initial reaction to the outbreak was to cycle off all the sailors and have them tested for the virus and have them quarantined on the pier or in other parts in the ship until all the infected sailors could be isolated and treated, USNI News understands.

Crozier’s letter said that the capacity and quality of spaces to quarantine the sailors was less than adequate to meet the requirement to purge COVID-19 from the ship.

“Of the off-ship locations currently available, only one complies with the [Navy] guidance. Infected sailors reside in these off-ship locations. Two sailors have already tested positive in an open bay gymnasium equipped with cots,” he wrote.
“Although marginally better than a warship, group quarantine sites are not a solution and are not in accordance with current guidance.”

Aquilino told reporters, “I’m optimistic that the additional quarantine and isolation capacity that’s being discussed will be delivered shortly. What I will say is there’s never been an intent to take all the sailors off of that ship.”

In his letter, Crozier recommended leaving about 10 percent of the crew – about 400 sailors — aboard at any time to maintain the ship.

Aquilino outlined the requirement in his call with reporters.

“I’ll remind you that the ship is driven by two nuclear reactors. There will always be Navy sailors who operate, monitor, maintain those reactors,” he said.
“A ship is loaded with all its aircraft, all of its weapons, all of its fuel and I have responsibilities to ensure that the ship a ship can be maintained, uh, in a safe manner. We have to be able to fight fires. We have to be able to do damage control.”

Aquilino stressed the ship was still deployable if required.

“If that ship needed to respond to a crisis today, we would respond,” he said.