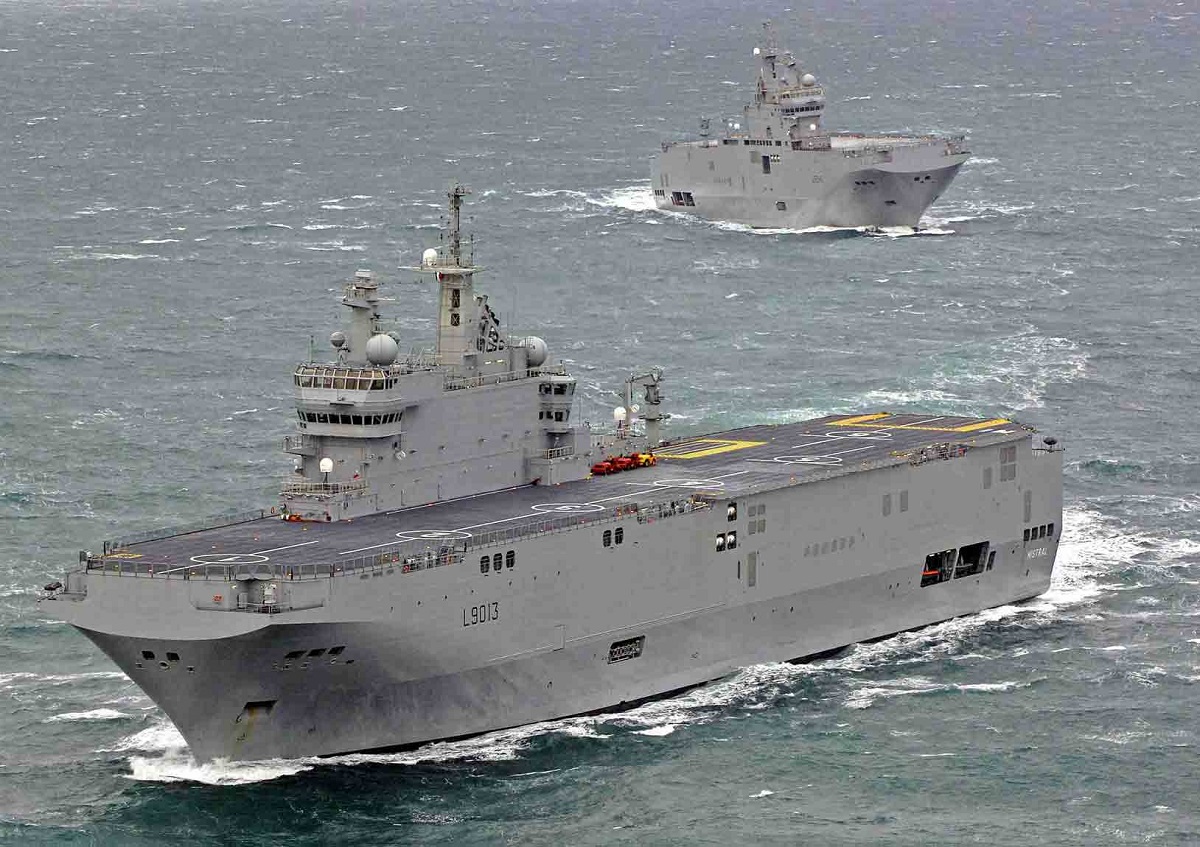 French President Emmanuel Macron announced Wednesday that French Navy Mistral-class LHDs Mistral (L9013) and Dixmude (L9015) will be deployed to Reunion Island and the Caribbean in support of the Coronavirus relief efforts. These new deployments will take place as part of the new operation “Résilience”.

Operation Résilience which was unveiled Wednesday by Macron is described as an “unprecedented military operation dedicated to supporting public services and the French people in the fields of health, logistics and protection”.

“In order to federate and coordinate all the actions carried out by the military in support of the collective fight against the epidemic, the President of the Republic launches a dedicated military operation: Operation Résilience,” read a statement from the French Ministry of Defense.

“Operation Résilience will focus on helping and supporting populations as well as supporting public services to deal with the Covid-19 epidemic, in mainland France and overseas, in the fields of health and logistics. and protection. The military will engage in all sectors where they can provide support for the continuity of the state.”

While visiting a military field hospital in Eastern France yesterday, Emmanuel Macron announced that first ship of class Mistral will support relief efforts in the Southern Indian Ocean (where the French islands of Reunion and Mayotte are located). Dixmude is set to be deployed to the French Antilles and French Guyana area.

Mistral is already deployed in the Indian Ocean, conducting its “Jeanne d’Arc” mission. It is an annual and scheduled operation of the French Navy which completes the training of naval officers graduating from the famous “Ecole Navale”.

Details on the exact deployment schedule of both ships will be disclosed later. Last weekend, Mistral-class LHD Tonnerre was deployed to the Island of Corsica in a mission to evacuate several Coronavirus / COVID19 patients towards mainland France.

The French Navy has some expertise in assistance operations for populations in distress, relying in particular on its three Mistral-class LHD Mistral, Tonnerre and Dixmude.

Each vessel of the class with 750m² of modern hospital facilities (NATO Role 3 medical facility) consisting in:

In such MEDEVAC missions, Mistral-class LHD crews are usually reinforced by the French Defence Health Service (Service de Santé des Armées in French or SSA), the service responsible for medical and sanitary support of the French military.

For the record, the Tonnerre was deployed during Operation Irma in 2017 to rescue the populations of the islands of Saint Martin and Saint Barth affected by hurricane Irma and in 2019 to provide assistance to the population of Mozambique affected by cyclone Idai.