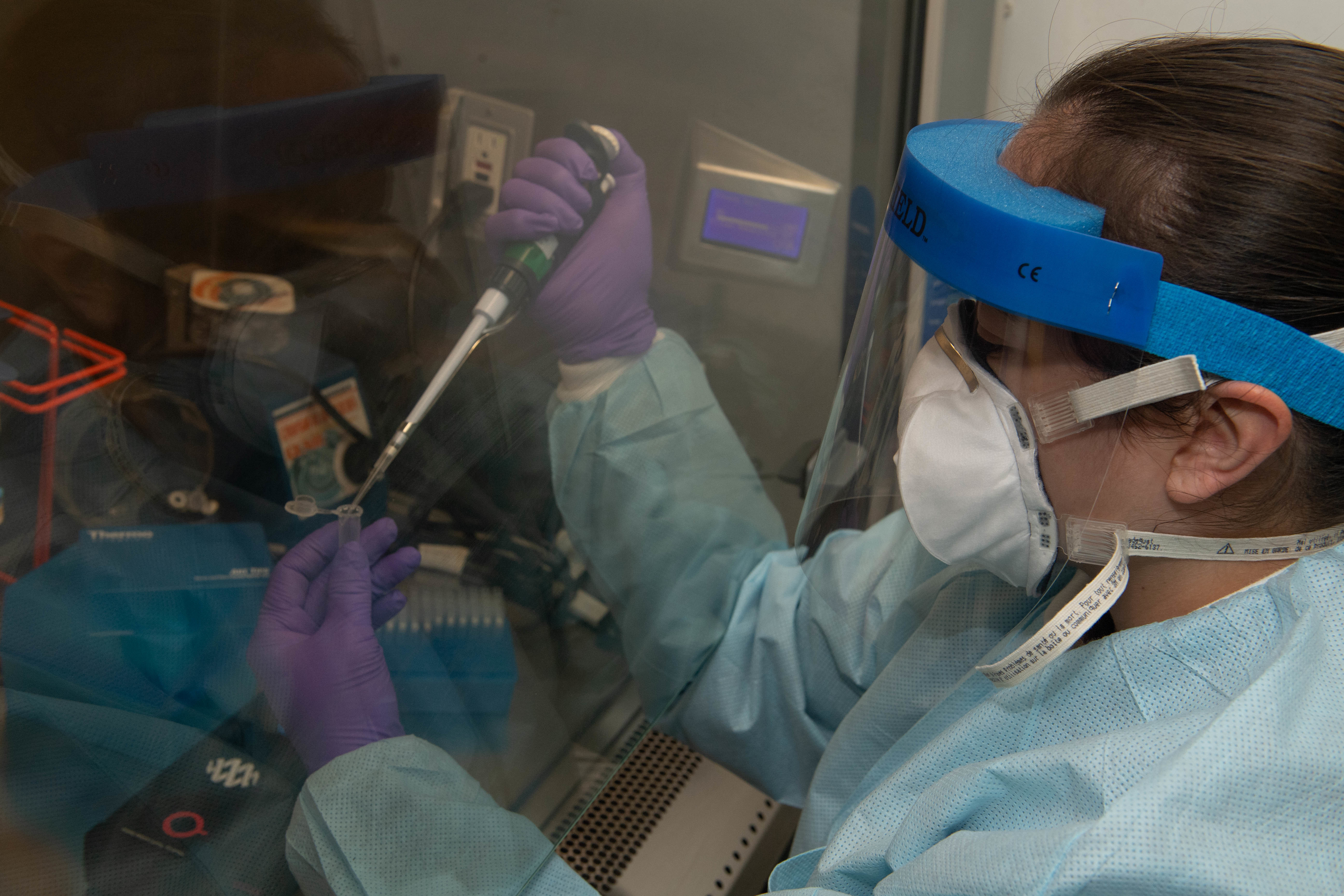 This post has been updated to include statements from Chief of Naval Operations Adm. Mike Gilday and from U.S. Pacific Fleet.

THE PENTAGON – A Navy aircraft carrier in the Pacific has pulled into Guam to deal with a growing outbreak of COVID-19, with the ship planning on testing the entire crew of about 5,000 and quarantining personnel as needed at Navy medical facilities on the island.

USS Theodore Roosevelt (CVN-71) had been operating in the Philippine Sea when three sailors had to be flown off the ship to a Defense Department facility in Guam after testing positive for COVID-19, Acting Secretary of the Navy Thomas Modly told reporters on Tuesday.

Today, Modly said in a Pentagon press briefing that five more sailors had since tested positive and were being flown off the ship, and that the ship and its crew of 5,000 were heading to Guam to figure out the next steps.

“We found several more cases onboard the ship. We are in the process now of testing 100 percent of the crew of that ship to ensure that we are able to contain whatever spread might have occurred there on the ship. But I also want to emphasize that the ship is operationally capable to do its mission if required to do so,” he said.
“The ship is pulling into Guam; it will be pierside, no one on the crew will be allowed to leave anywhere into Guam other than on pierside. And we are already starting the process of testing 100 percent of the crew to ensure that we’ve got that contained.”

U.S. Pacific Fleet spokesman Cmdr. Myers Vasquez told USNI News that Theodore Roosevelt had already planned to make a port call in Guam ahead of the outbreak. He could not say if the visit to Guam would last longer than planned due to the COVID-19 testing and quarantining effort.

After Modly’s press briefing, other news outlets began reporting the number of infected sailors was actually around two dozen sailors. Vasquez would not comment on the current number of TR sailors determined to have the virus.

“The sailors who have been flown off the ship are currently doing fine. None of them have been required to be hospitalized because their symptoms are very mild – aches and pains and those types of things, sore throats, but nothing that requires hospitalization. They are in quarantine now on Guam,” Modly said during the briefing.

Chief of Naval Operations Adm. Mike Gilday said in a statement later in the day that “as testing continues, additional positive cases of COVID-19 have been discovered aboard USS Theodore Roosevelt. We are taking this threat very seriously and are working quickly to identify and isolate positive cases while preventing further spread of the virus aboard the ship. No sailors have been hospitalized or are seriously ill.”

“Our medical team aboard USS Theodore Roosevelt is performing testing for the crew consistent with CDC guidelines, and we are working to increase the rate of testing as much as possible. Immediate priority will be symptomatic sailors, those in close contact with sailors who have tested positive already, and essential watch standers. We are isolating those who test positive. Testing will continue as necessary to ensure the health of the entire ship’s crew. In addition, the medical staff will continue to actively monitor the health of the crew. Deep cleaning of the ship’s spaces is also ongoing,” Gilday’s statement continues.
“USS Theodore Roosevelt is in Guam on a previously-scheduled port visit. The resources at our naval medical facilities in Guam will allow us to more effectively test, isolate, and if necessary treat sailors. We expect additional positive tests, and those sailors who test positive will be transported to the U.S. Naval Hospital Guam for further evaluation and treatment as necessary. During the port visit, base access will be limited to the pier for Roosevelt‘s Sailors. No base or regional personnel will access the pier.”

“We’re taking this day by day. Our top two priorities are taking care of our people and maintaining mission readiness. Both of those go hand in glove,” the CNO continued.
“We are confident that our aggressive response will keep USS Theodore Roosevelt able to respond to any crisis in the region.” 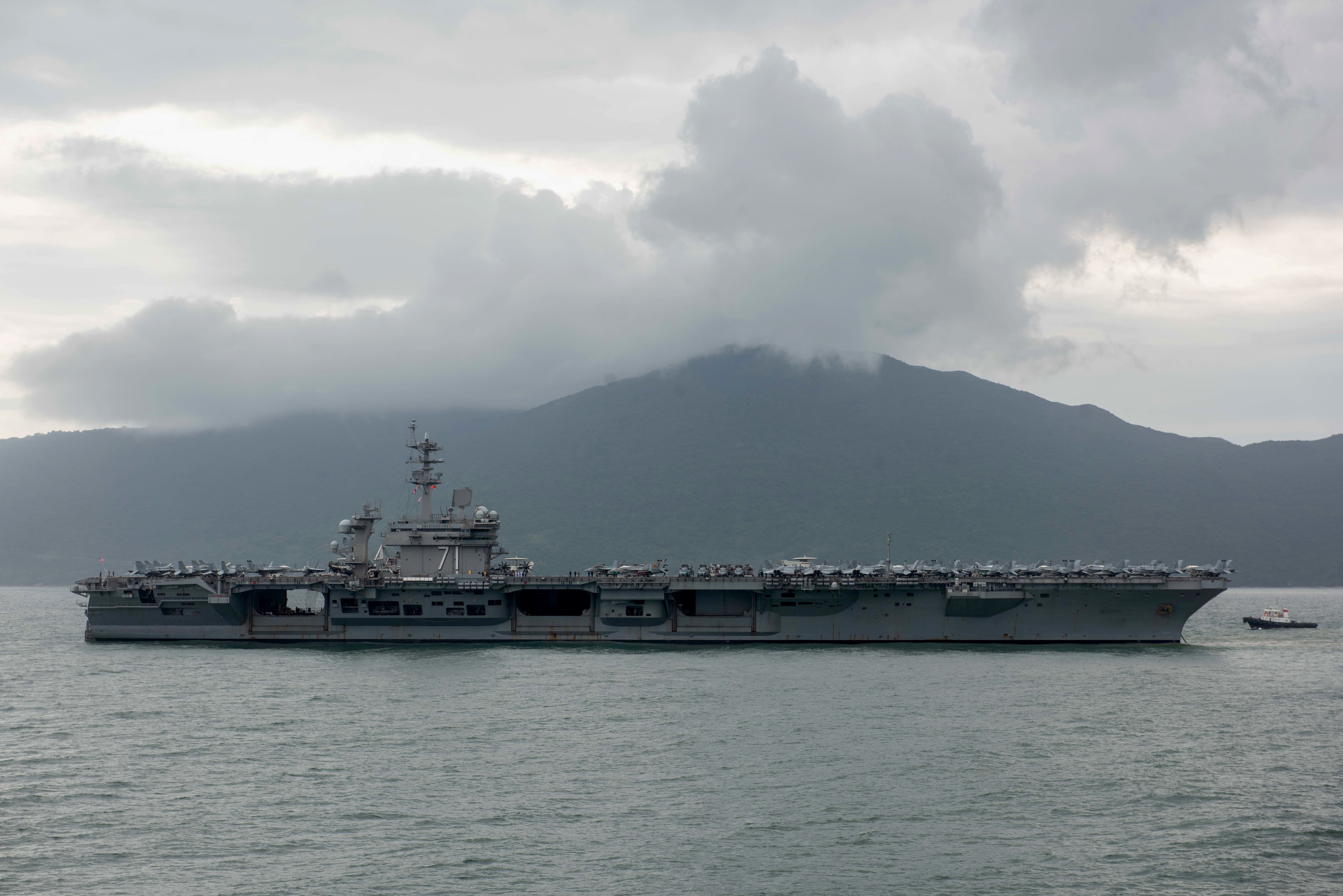 The Navy’s aircraft carriers and some other larger ships have medical capabilities sophisticated enough to process tests aboard, though the daily throughput of these labs is limited. Modly called the capacity the “limiting factor” for testing and said “we are looking at ways now to not only maximize that capacity on the ship to test but also to send some of those swab tests out to some of the other DoD labs for testing.”

There are two different kinds of tests the Navy can perform. To positively diagnose a patient with COVID-19, a nasal swab must be performed and tested, but the testing kits have been available in limited quantities for hospitals around the country dealing with the outbreak. It is unclear how many of these COVID-19-specific kits the Navy has access to. The Navy can also conduct surveillance testing, where a sample is tested for a range of flu-like viruses to rule in or out different diseases; this type of testing can help medical officers understand who has been exposed to what onboard a ship and could narrow down who may need the COVID-specific test kit.

Rear Adm. James Hancock, medical officer of the Marine Corps, said during the press briefing that the military was working with industry to get point-of-care COVID-19 testing capability, but “we’re just not there yet. What we can do is do surveillance testing, so we do it across the ship so we know that.”

Modly said the testing on TR would be a combination of swab and surveillance testing to whatever extent was available.

“The ship is going to be pulling into Guam, and then they’re going to figure out from there who needs to come off, who can stay on, looking at the level of symptoms and things like that,” he said about the next steps for the carrier.