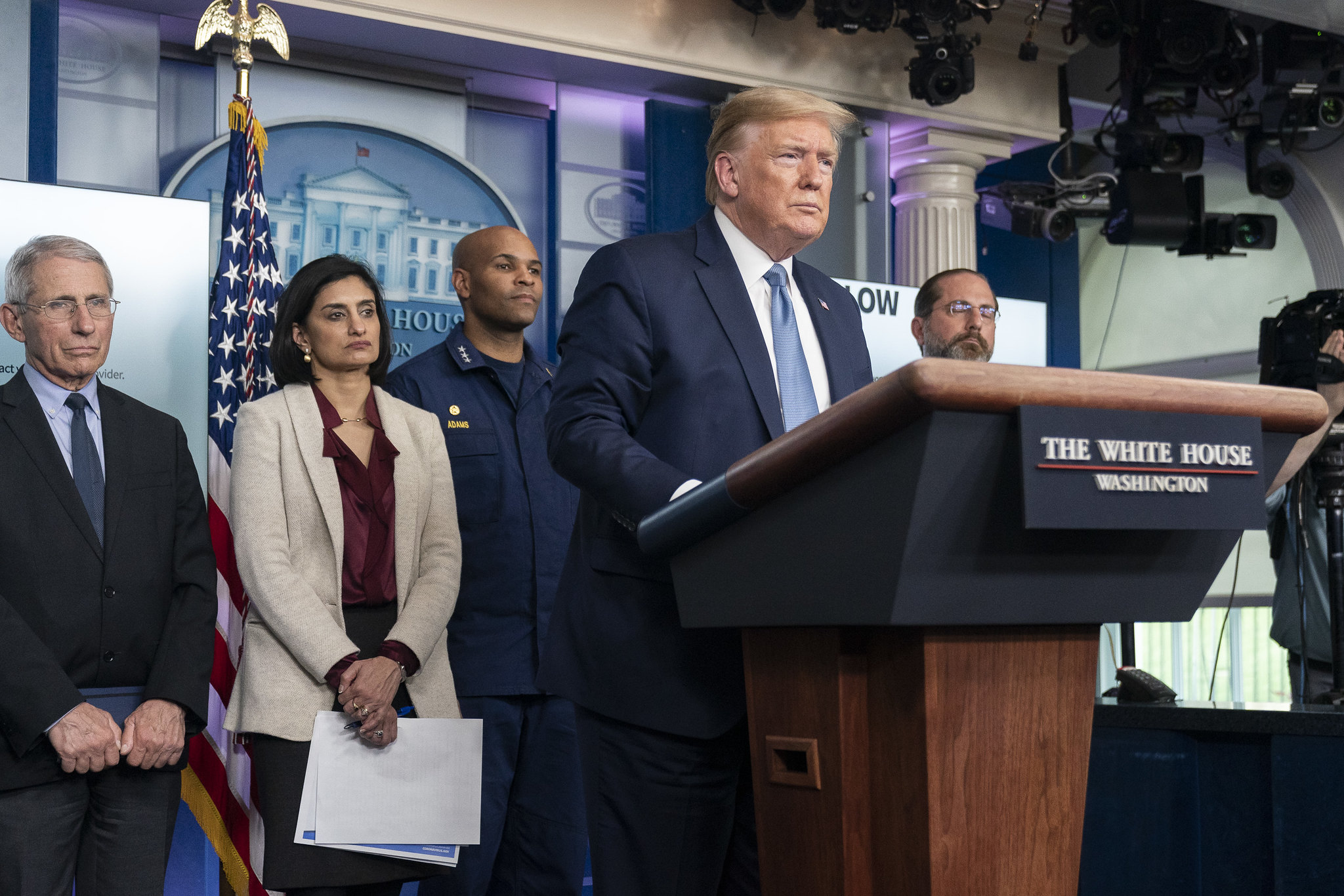 President Donald Trump said Wednesday he will use the Defense Production Act, referring to authorities granted to the executive branch in 1950, to ensure U.S. industries have the support needed to produce critical equipment to help stem the spread of COVID-19.

“We’ll be invoking the Defense Production Act, just in case we need it,” he told reporters Wednesday, saying he would sign an order shortly that “can do a lot of good things if we need it.”

Asked later about his invocation of this executive power, Trump spoke mostly of the need to buy thousands more ventilators in preparation for a surge of patients expected to arrive at hospitals around the country in pulmonary distress.

The act grants the president broad powers to incentivize the U.S. industrial base to commercialize research and development and sustain and expand the production of critical supplies.

“Authorized incentives include loans, loan guarantees, direct purchases and purchase commitments, and the authority to procure and install equipment in private industrial facilities,” according to a Congressional Research Service report updated earlier in March.

The act was first passed in 1950, at the dawn of the Cold War, after North Korea invaded South Korea, according to the CRS. Four titles providing authorities related to requisitioning, wage and price-fixing, settling labor disputes and credit controls were allowed to lapse by Congress in 1953.

Recent uses during the past decade include supporting projects geared toward developing bio-fuel production for the military, issuing priority contracts to support the Integrated Ballistic Missile Defense System and supporting efforts to establish economically viable domestic suppliers of radar and electronic warfare equipment, according to the CRS report.

“By executing our mission, we reduce our reliance on foreign supply chains and, at the same time, we ensure the integrity of the materials supplied to the Uniformed Services,” according to a Department of Defense overview of the act.

Along with DoD, the act also covers work performed by the Departments of Health and Human Services, Commerce, Transportation, Agriculture, Energy, and Homeland Security, which includes the Federal Emergency Management Agency and Coast Guard.

It’s not clear which authorities the White House intends to use. However, by declaring the spread of COVID-19 a national emergency, the president will have an easier time activating the various tools available.

Title III of the Defense Production Act includes various methods of either issuing direct loans to businesses vital to national defense or providing industries with other incentives to invest in or ramp-up production of critical goods and services. The direct loan authority hasn’t been used since the Cold War, according to the CRS report.