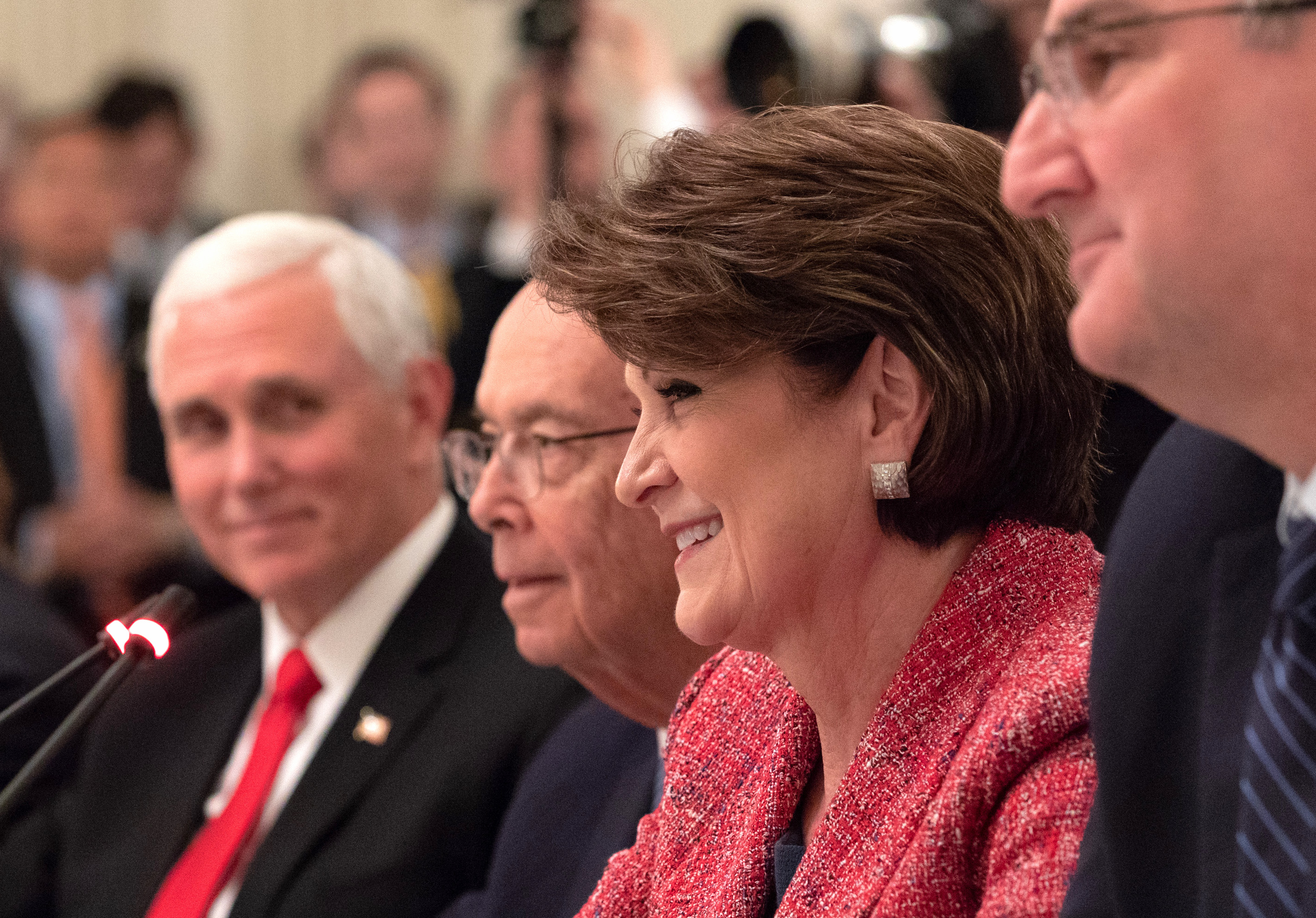 Marillyn Hewson is stepping down as chief executive of Lockheed Martin after running the defense contractor since 2014.

Lockheed makes the F-35 Lightning II Joint Strike Fighter and the Freedom-variant of the Littoral Combat Ship, among other defense programs.

Hewson, 66, is being replaced by James Taiclet, 59, who is currently the chief executive of telecommunications company American Tower Corporation. Taiclet is also currently a member of the Lockheed board of directors.

“I know it is the right time to transition the leadership of Lockheed Martin. The corporation is strong, as evidenced by our outstanding financial results last year and a record backlog of business. We have a bright future – particularly with Jim and our outstanding leadership team at the helm,” Hewson said in a release. “I’m pleased the board agreed with my recommendation. As Lockheed Martin’s next CEO, Jim will lead the company forward in its next phase of growth and value creation.”

Hewson will become chairman of the Lockheed board effective June 15, provided she is re-elected to the board by shareholders at Lockheed’s upcoming annual meeting.

Taiclet joined American Tower in 2001. Before then, he was president of Honeywell Aerospace Services, a unit of Honeywell International, according to his bio on the Lockheed website. Taiclet also worked for Pratt & Whitney, which makes the engines for the F-35 fighters. Taiclet is a 1982 graduate of the U.S. Air Force Academy and was a pilot during the Gulf War.

“I’m honored to be asked to succeed one of the most respected CEOs in America. While serving on Lockheed Martin’s board, I’ve not only been impressed by the company’s continued growth as a leader in aerospace & defense but also by the dedication and commitment of Marillyn and Lockheed Martin employees to deliver for its customers,” Taiclet said in a release. “As a military veteran, I understand the mission of this great company to provide global security and innovative solutions for the brave men and women who protect our freedom.”