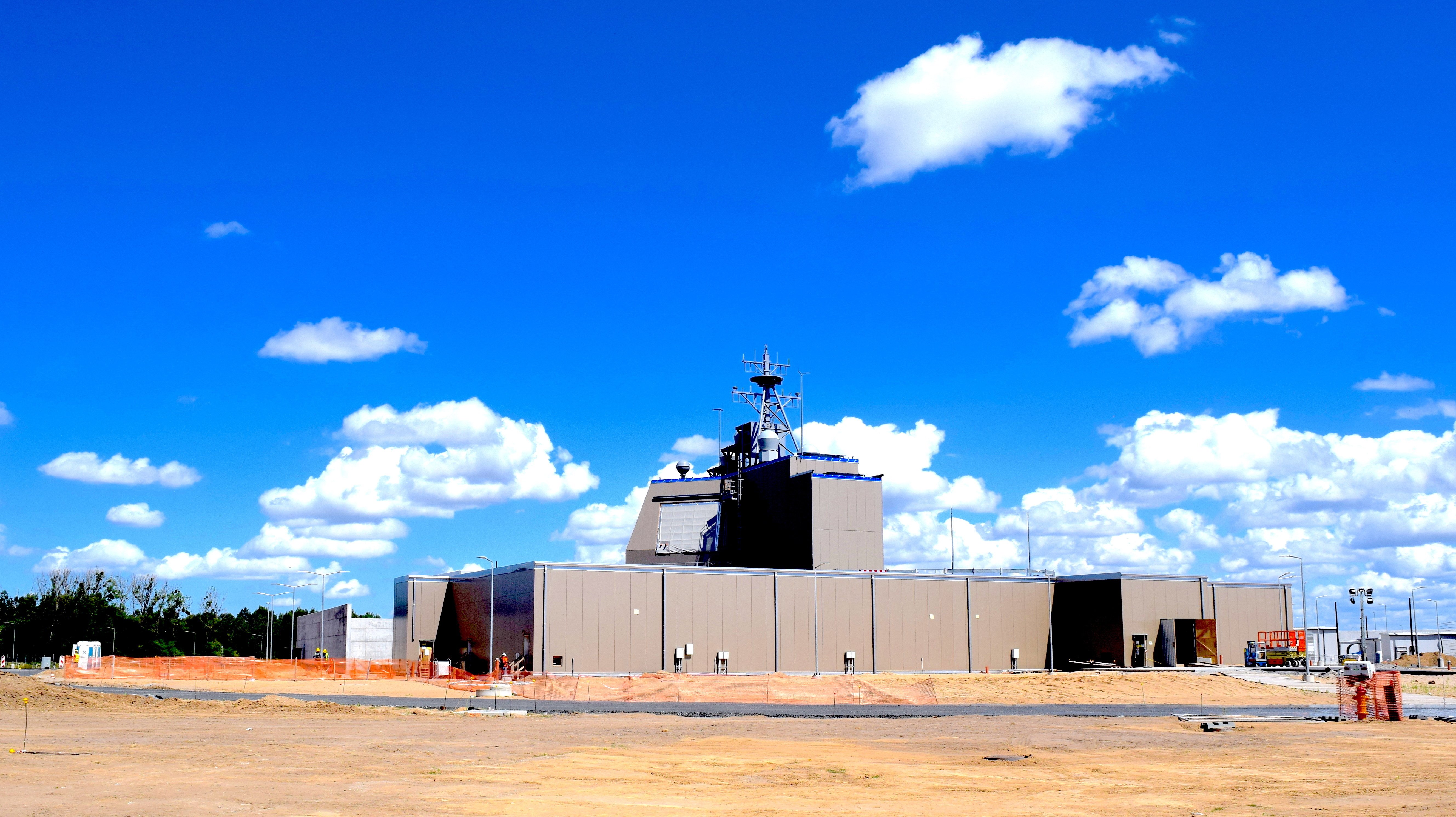 The Missile Defense Agency and Army Corps of Engineers are taking a harsh stance with a contractor building the Aegis Ashore site in Poland, after construction delays have pushed the site’s operational date back by four years.

MDA Director Vice Adm. Jon Hill told lawmakers today that the military had stopped paying the contractor in the last two weeks, as the U.S. drives home a serious message that the project needs to get done as soon as possible so the next phase – installing the Aegis Combat System – can begin. If performance improvements aren’t made, the contract could be terminated.

Last month, Hill said during a press briefing on the release of the Fiscal Year 2021 budget request that the MDA had to request $96 million in additional funds to complete the project, which was originally supposed to be certified as operational in 2018. Hill said status updates like “92-percent complete” didn’t get at the whole truth, which was that key activities to get the building ready to install the weapon system – things like heating, cooling, power, and auxiliary controls – were the very areas where the contractor was struggling. United Kingdom-based John Wood Group PLC is the prime contractor on the construction project.

At the time, Hill said that by the end of the month he and Commanding General of the U.S. Army Corps of Engineers Lt. General Todd Semonite would have hashed out a path forward.

During today’s hearing, Hill said “it was a tough meeting” with Semonite, partly because the Army Corps of Engineers awards firm fixed price contracts that don’t allow as much visibility into what work is being done as other contracting schemes, Hill said.

“We worked very closely with the Army Corps to say, let’s do two things, and we’ve done this within the last two weeks: the Army Corps has refused to offer payment to submittals that are coming in from the company today, the construction contractor. That’s sending a message. In fact, their surety company is on site, so we know their message is being heard,” Hill said.

And second, “we have prioritized some very specific items within the contract; we’re no longer giving them the freedom to just go work on what they want to work on, that’s not predictable. So we’ve said these are the priority areas that support the Aegis Combat System install,” he continued.
“The Aegis system is boxed up in temperature-controlled boxes on site, ready to be installed, and so we’re very impatient and we’re working closely with the Army Corps to really leverage and pressurize the contractor.” 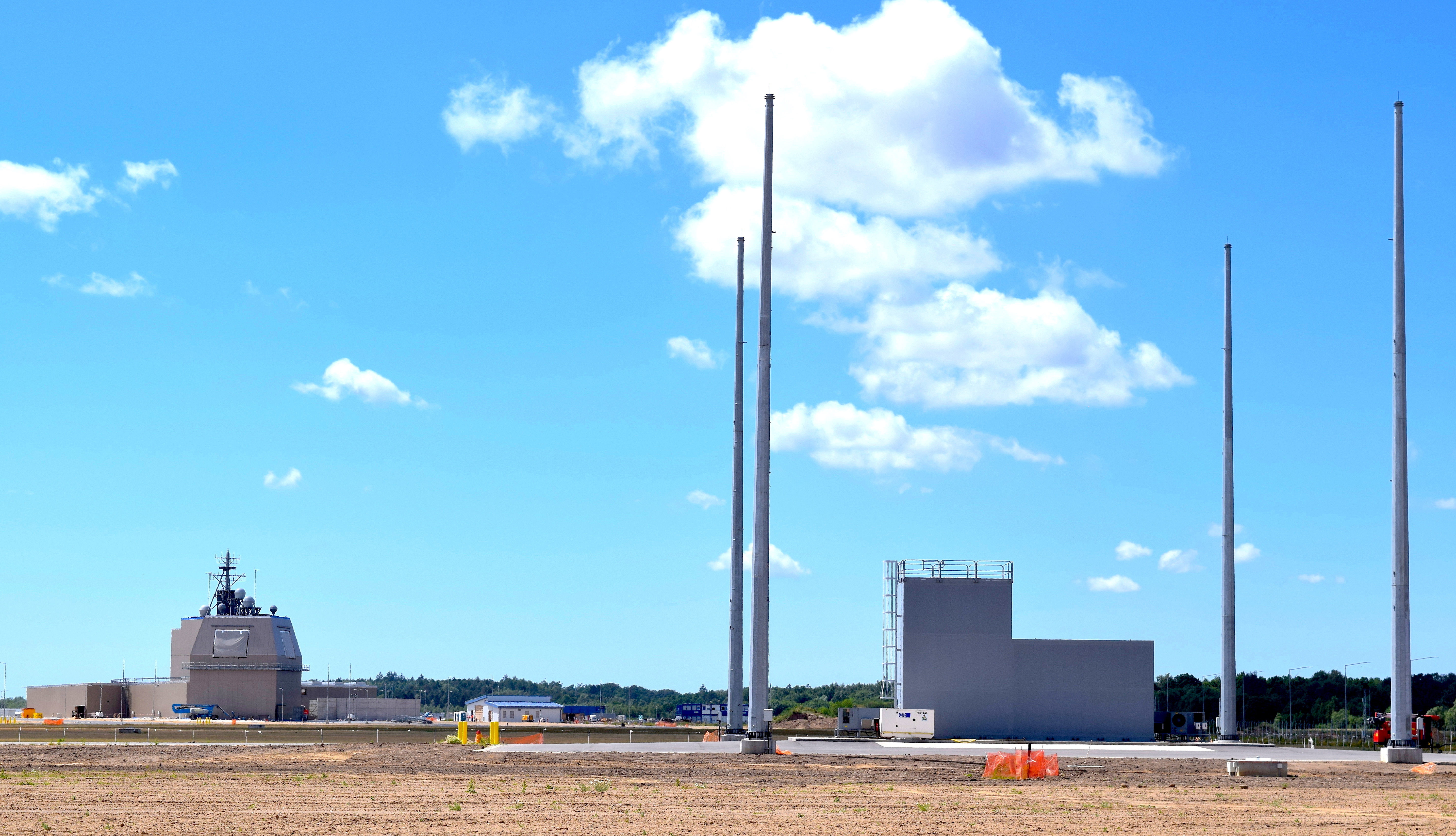 Hill clarified to a congressman that, while the situation with the John Wood Group could still move “into the direction where none of us really wants to be” and the contract could ultimately be terminated, the admiral made clear that the MDA and Army Corps of Engineers want to give the company one last chance to prove themselves and get the work done.

Hill said last month at the budget briefing that the 2022 timeframe was based on current construction schedules and the anticipated timeline for installing the Aegis system and getting the U.S. Navy and U.S. European Command to accept the site and declare technical capability. That timeline could potentially speed up if the construction situation improves.

In the mean time, with just one operational Aegis Ashore site in Europe – in Romania – instead of what should have been two by now, Hill said MDA and EUCOM were compensating by accelerating upgrades to the Romania site.

“MDA and the Corps are working closely with European Command to minimize the operational impact of the Poland site delay by accelerating the upgrade of the Aegis Ashore Romania site, operational today, to support [Standard Missile]-3 Block IIA operations, which is now complete,” he said at the hearing.

That SM-3 Block IIA’s capability is being expanded through ongoing testing to apply that missile and the Aegis Combat System to an intercontinental ballistic missile threat.

Asked about an upcoming live missile test of this capability, Hill said, “it’s a very important test just so that we can understand what we see in ground testing and modeling and simulation, does that realize itself in an actual flight in the most closely operationally realistic event we can do?”

Explaining the upcoming test, he said, “we’re going to launch that target – we’re calling it a simple ICBM because that was the congressional direction to do a defense of Hawaii scenario. … So we’ll launch the ICBM, it’ll fly through the field of view of the sensor coverage, and then we’ll fly that long range and we’ll have the ship mission planning putting herself in the proper position and shoot the SM-3.”

“It’s going to be very stressful on the front end of the missile because it wasn’t designed to do this, so we’re operating outside of the design space, not just for the SM-3 but also for the Aegis Combat System,” the admiral continued.
“But based on the analysis, we’re very confident we’re going to succeed in that test, which is coming up here soon.”